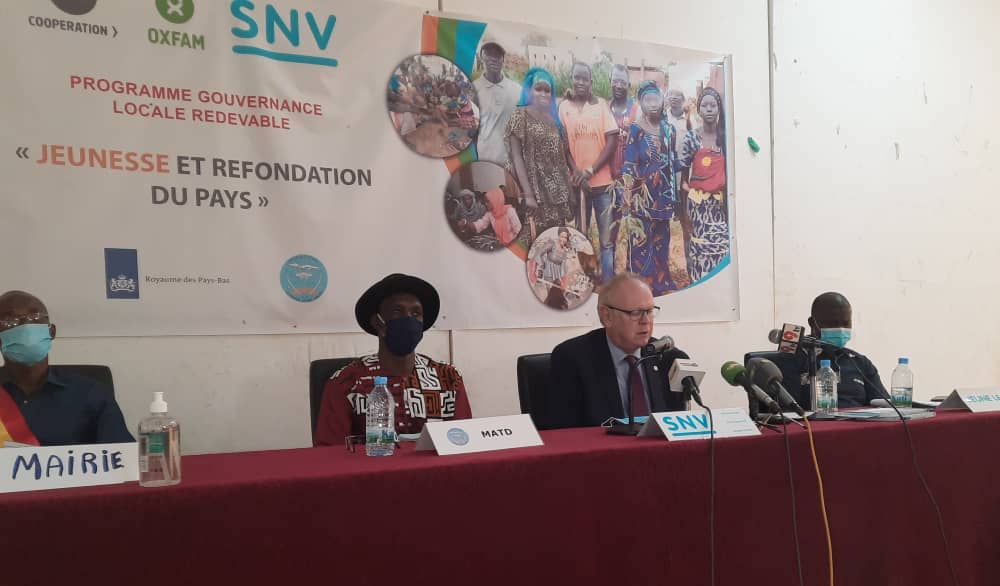 The fifth meeting of the P-GLR‘s National Advisory Council (NAC) was held at the Modibo Keita Memorial in Bamako at 8th and 9th December 2020.

The Programme for Accountable Local Governance (P-GLR) or the Responsible Local Governance Project aims to strengthen democratic institutions in 180 communes in the regions of Gao, Menaka, Timbuktu, Mopti and Segou in Mali. Part of the context of the P-GLR programme ‘Youth & Governance & Social Cohesion‘ is one of crisis which the Malian have been enduring since 2015. The scale of the consequences of this crisis calls for an analysis of its causes and offers an opportunity to rebuild the country based on the aspirations of young people and their reason for “living together” in a peaceful future.

During these two days, project presentations from the various P-GLR partners, consortium member organisations and donors took place. There were also testimonies and pleas from young leaders for the drafting of recommendations for the PGLR+, which will be the next phase of the project. Voice4Thought Academy, one of the partners of the programme, was also invited to present the project and the ongoing results in its pilot phase. Among the team were the young people trained from our four intervention sites, namely Bankass, Bougouni, Douentza and Macina, who brought an artistic touch to the ceremony, including sketches, slam and rap.

We show you the highlights of the two-day event through the video below, made by our photo/video and blogging trainer Ina Ouattara working in the Bougouni region.