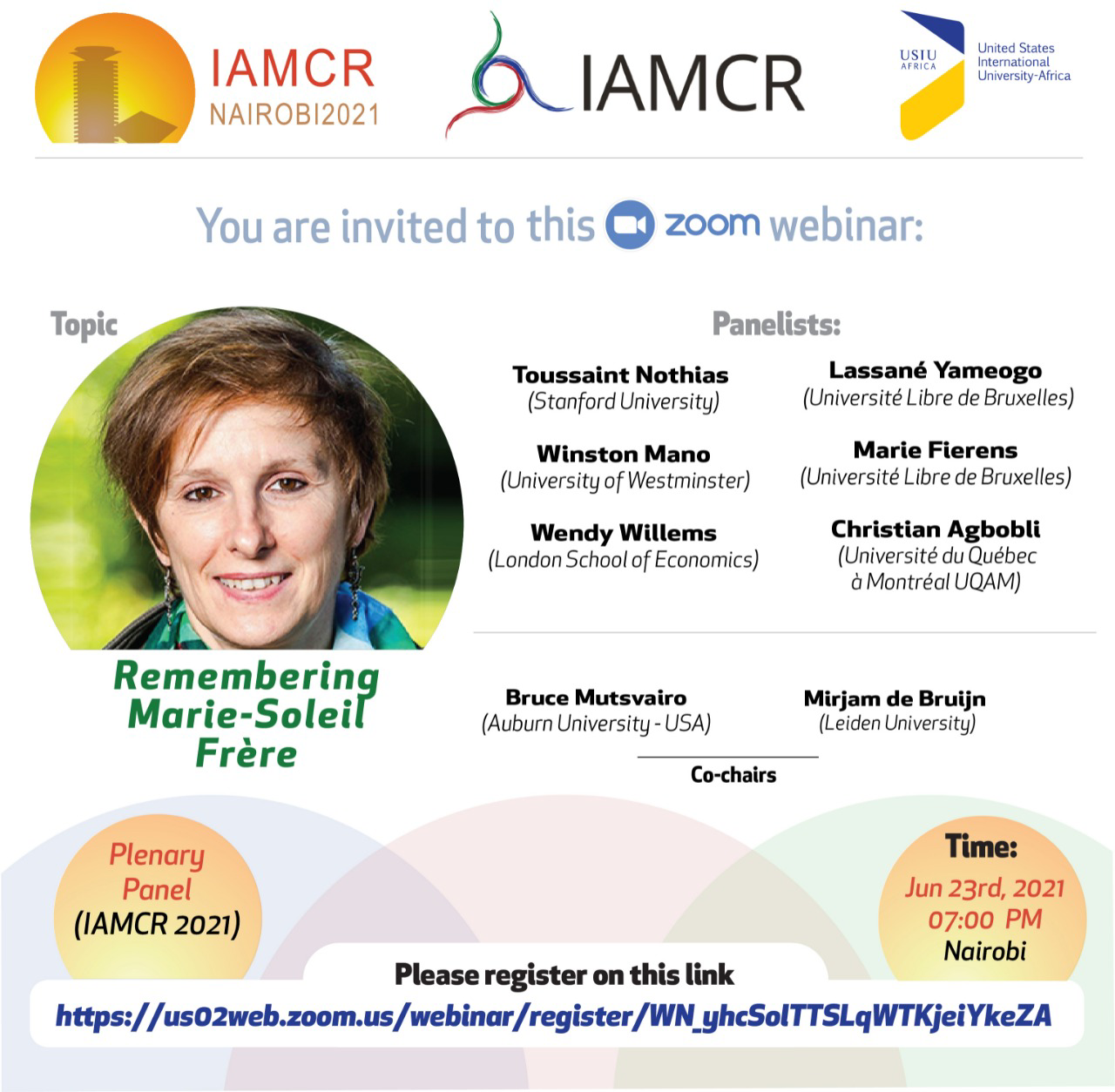 The untimely death of Marie-Soleil Frère, the soft-spoken Canadian-born Belgian journalism and media researcher, who made a name for her longstanding commitment to empirically-driven research in Francophone Africa has robbed us of a gifted academic giant, who will mostly be remembered among many for her kindness and willingness to support others, particularly African students and early career researchers. She was a Senior Research Associate at the National Fund for Scientific Research in Belgium and Professor at the Université libre de Brussels, where she also held significant management roles.

Frère dedicated her career to improving our knowledge of Francophone Africa in the field of journalism and media studies, which many scholars argue remains strongly biased towards the Anglophone world. She introduced these Francophone realities to the English-speaking academia with several high-profiled publications but among many, two of her high-powered books ‘The Media and Conflicts in Central Africa’ (2007) and ‘Elections and the media in post-conflict Africa: Votes and Voices for Peace’ (2011) stood out. Frère gave many young African scholars, artists and journalists the opportunity to join her academic endeavors, supervising their doctoral and post-doctoral activities and guiding them in the writing of empirical contributions that highlighted important questions around media in general, freedom of press, and in her recent academic exploits, the role of the social media and digital communication. As such, she created a circle of African journalist friends and academic colleagues, who will carry her legacy further. Despite her enormous academic achievements and scholarly accomplishments, she was modest. Always.

In honor of her work across Africa, we propose a special panel at the 2021 IAMCR Conference in Nairobi to discuss the enormity of her contribution to journalism and media studies, particularly in Francophone Africa. Academics, who have worked with Marie Soleil over the years will be invited to discuss the importance of her work, its contribution and what can be done to preserve and celebrate it.

Marie-Soleil Frère was a member of the project Connecting in Times of Duress and shared her insightful ideas with us during the conference we organized in Ndjamena, Chad, in November 2017. This conference was a collaboration between Leiden Univerisity (the History Institute) and Voice4Thought.

Six Panelists will have 10 minutes each to present papers in both English and French followed by a 30-minute discussion. Papers presented here will be considered for publication in a special issue in honor of Marie Soleil’s work, to be edited by Bruce Mutsvairo and Mirjam de Bruijn in African Journalism Studies (Routledge).