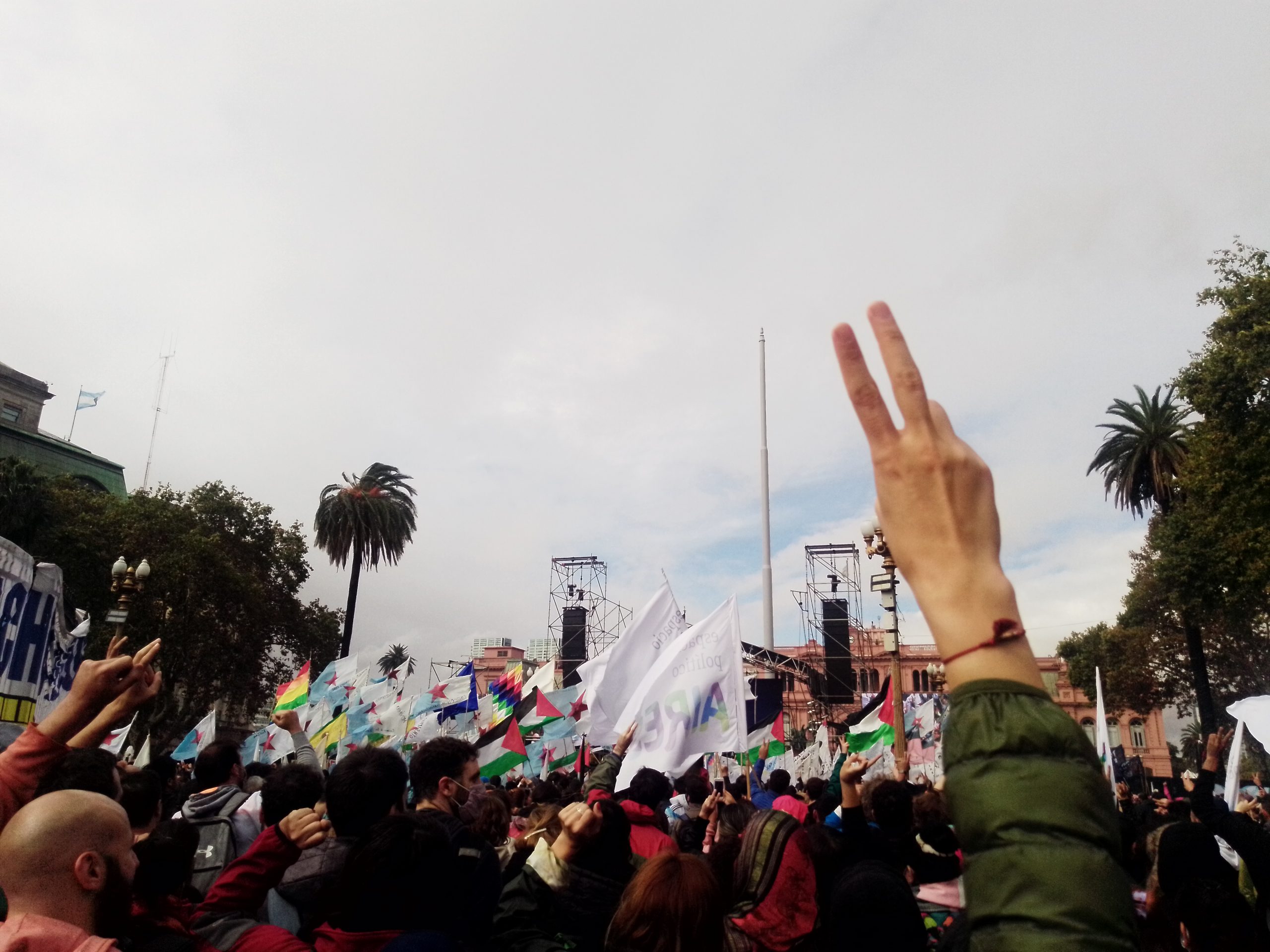 © All photos by author

I could hear the shouting crowd from afar as I walked through the streets of Buenos Aires, on my way to the Plaza de Mayo, where every year the commemoration takes place of the disappearance of 30,000 people by the military junta. Once I arrived, it was impossible to move through the mass of people in the direction of the cathedral, where I would meet my friend Mauro. I tried to go against the stream of protesting people but I had to hide on the side where a number of lost souls looked dazed at what was happening. An older woman standing next to me caught my attention. Sarah was her name. I asked her what had her brought there. She participated in  the march because of some friends who went missing during the dictatorship. ‘It´s the most important thing in my life” she said.”I´ve been doing this every year, for 40 years. Except for last year, because of the pandemic, and the year I was treated for breast cancer. But if I wasn´t in the hospital then, I probably would have come.”

I said Sarah goodbye as Mauro appeared through the crowd. We hugged , relieved that we had found each other. He told me he felt great today, but emotional. I could relate to that.. March 24th is a day to get emotional about: the names of the desaparecidos that are called from the stage, the crowd that keeps answering ‘¡Presente!’, the repeating demands for a policy of ‘memoria y justicia’ and the people themselves. So many people. It seems as if March the 24th is taking  Argentina collectively to the streets to shout at the government.

We start to move to the centre of the square, when we pass a man holding up a picture of someone. I ask if the man in the picture is a relative of his. It turns out to be an old friend and that they had studied together. He disappeared andhasnever been found again. I get emotional when I realize how personal this is for many Argentines. Every picture of a person held in the air today is someone´s friend, child, neighbour. 40 years later, the Argentines are still demanding justice for them, demanding that those being responsible  will be  held accountable for the atrocities under  the dictatorship.As a woman on stage says into the microphone: “We will continue to ask where they are.” When we have found a place in front of the big stage, I wanted to know why Mauro, a young Argentinian in his 20s, is here today. He tells me that for the Argentinian youth the consequences of the dictatorship are still being felt: Argentina has one of the largest debts worldwide and the Argentine population will have to continue to pay it off until 2030. ‘So for the youth, it´s more an economic issue?’, I asked. Mauro paused while he poured hot water into his gourd filled with yerba mate. I laughed. Argentines always find a moment to drink mate. ‘It´s an economic issue, yes”, he said.”But it´s also political, social and juridical. It´s all of it. Moreover, it is my duty as an Argentine to stand here today. In this way we show that we are in solidarity with each other.” Finally, a dozen of older women came on stage. I estimated them to be between 80 and 90 years old. Some were even in wheelchairs. They wore white headscarves and are called ‘Las Locas’, the Crazy Women. Over the years, they have become a kind of icon for this day. They are mothers of missing persons who have been walking around the Plaza de Mayo everyday for 40 years, as a matter of protest. One of them gave a speech that amazed me because of the power it had, which ended with the words: ”End these politics of silence”. Silence. That´s what this day is about. It is a struggle against the political silence of the last 40 years. An immense applause followed and the crowd sang along with an Argentine rock song. People slowly left the square. The day had come to an end. I looked at Mauro. You could tell he was tired. But satisfied.