Voice4Thought Festival: film screening ‘Stranded in Canton’ at the ASCL 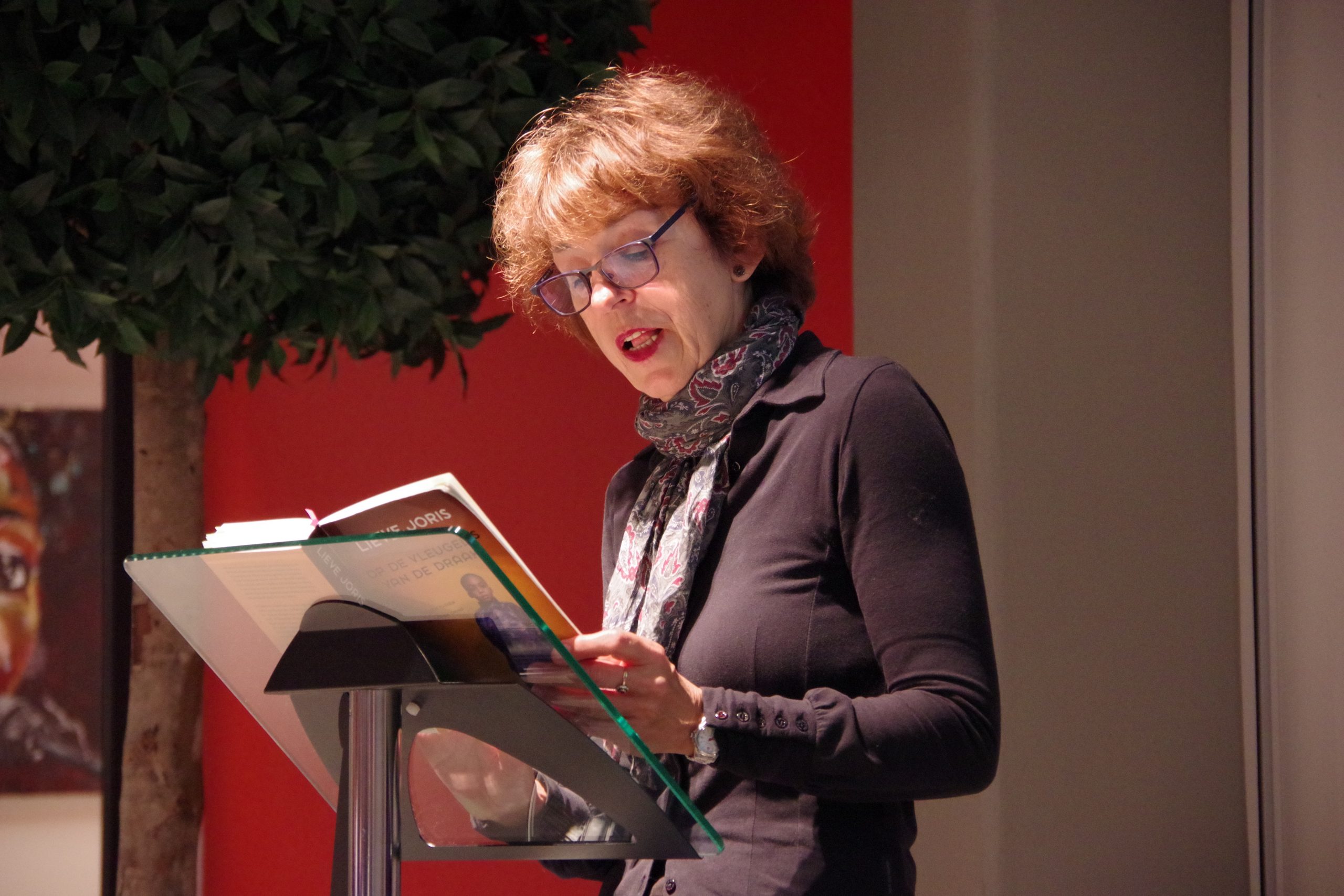 Lieve Joris at the film screening of “Stranded in Canton”

It was great to have Lieve Joris at the ASC for a special event of the V4T Festival 2016.

Lieve Joris read a fragment from her book ‘Op de vleugels van de draak’, that closely connected to what we saw in the film – a truly tragi-comic film.
Congolese ‘businessman’ Lebrun has a batch of T-shirts printed in China so that people in the Congo can show they are fans of President Kabila. But when he goes to Guangzhou to pick them up, it turns out the production is delayed. Delayed so much that the elections have already passed. The financier refuses to transfer the money and Lebrun is stuck in Guangzhou. As an alien in a strange country, he tries to think up a plan. What if they change the text on the T-shirts and sell them to the opposition? It turns out Lebrun isn’t truly a businessman. Deep down he is, and will remain, a farmer.
The film was followed by a discussion with Chinese, Congolese and Dutch members of the audience. A very inspiring night!