Amee: “Slam is a speech without permission” 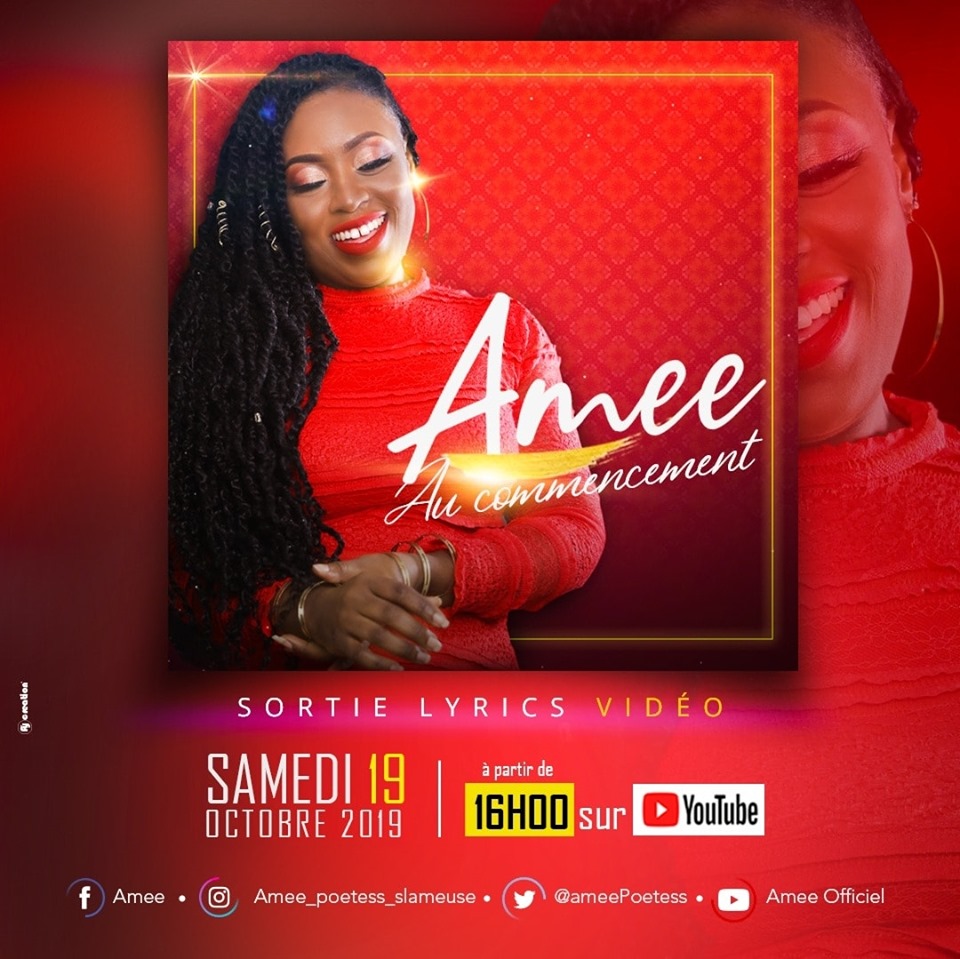 It had been her starting point, the one that guided her most fledgling desires deep inside her, because in the beginning… was the word. Speech is at stake! One of Slam’s most influential voices in Africa, Ivorian slam artist Amee announces the release of her album Au Commencement scheduled for October 19, 2019.

“The title ‘In the beginning’ is the first slam text I wrote,” says slameuse Amee. The artist declares that she played it from time to time during her performances but did not record it until two years go: “It took me a while to get the result that my heart dictated. I had to reproduce the music I heard in my head and also because I lacked time and means. It is a self-produced record with the help of people who offered their time and knowledge for the arrangement and visuals.”

As a 14-year-old girl Amee got interested in art by dance and a passion for writing, especially poetry, the latter being on the edge of slam. As a teenager Amee was confronted with the fact that women do not always get the opportunity to speak out. It is often a luxury. She discovered her potential of writing and realized this could be a way to create space to speak out. She had to develop her writing.

“The title ‘In the beginning’ defines my creative process, it explains how I came to poetry. It speaks of my commitment, of the fact that I am at the service of poetry, of the revolution to which I aspire… of my new perception of artistic expression because slam is an outlet, a way for women to express themselves in a society where we have always been told that women must be silent,” she says.

A woman, free in the head and in the texts. Amee, revolutionary in the soul, takes her audience into a universe where her pen reigns, either with her slam collective Au nom du Slam or solo.

As an intellectual woman in the field of Slam, where women in Africa lead the way, Amee is eagerly awaited at the 5th edition of the international festival N’Djam s’enflamme en Slam, an edition dedicated to female slam artists. Amee giver her opinion on why women are leaders in slam: “I could explain it by saying that women are thirsty to talk, they are fed up with having to be silent. The world has the impression that women talk too much, but no, the ‘too much’ is because of the experiences of decades of silence. Because in popular belief a virtuous woman is the one who speaks little, and that the woman must be virtuous for her own good. But in these silences we read sadness, we read depression, and not the good that we want to prescribe to her necessarily. Slam is the word she can speak without asking permission. They have things to say that the world has not either heard or understood yet. This, in my opinion, could explain why female voices sound more resounding in slam”. Because in the beginning… was the word!