Becoming a soldier at any cost 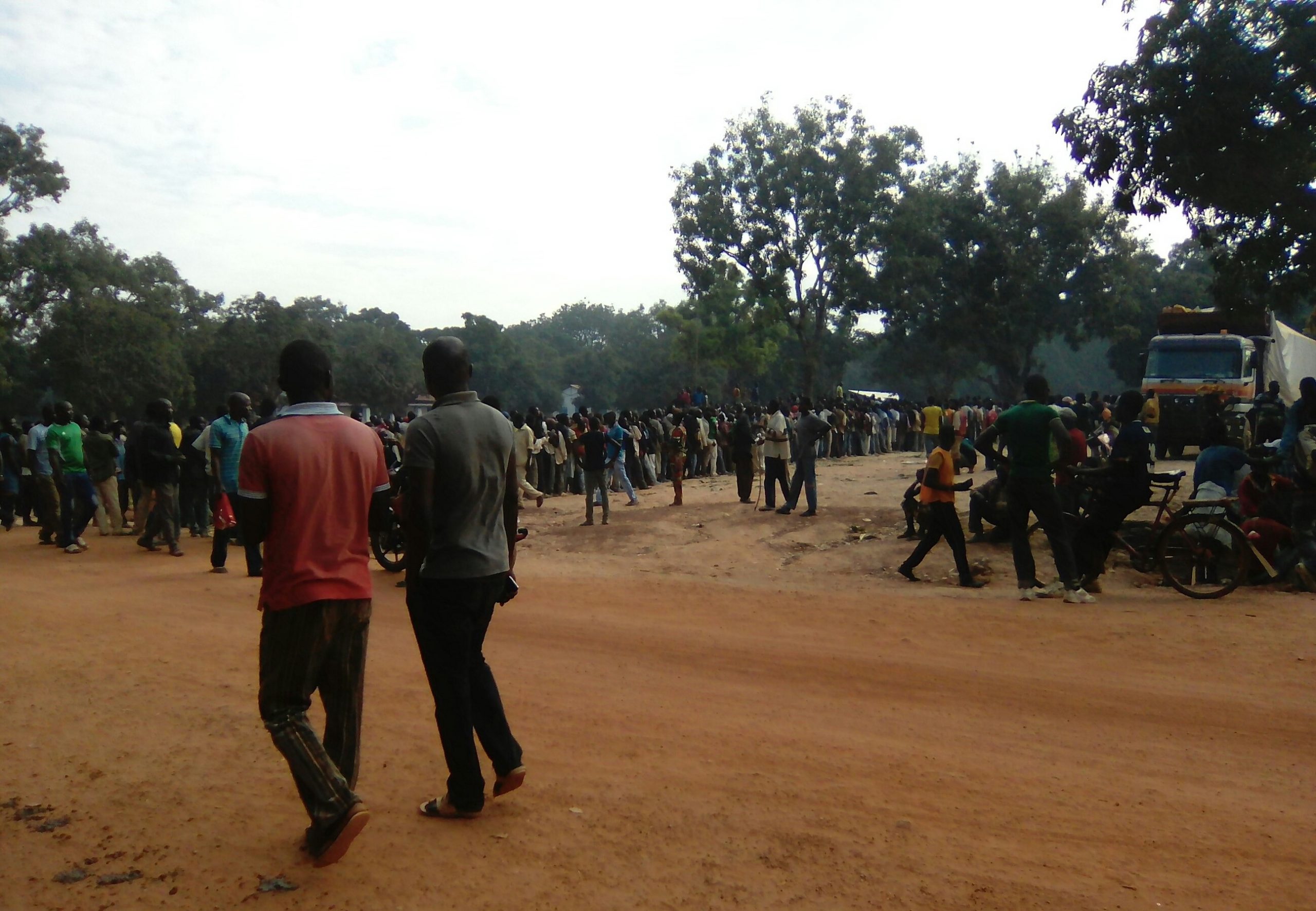 On a Sunday in January 2017, while walking with Wilfried and Mirjam to the riverside, we saw a young man at the entrance of a gate in his army uniform. It was someone from Wilfried’s neighbourhood so we went over to greet him. The young man, he could have been 27 or 20, it was hard to tell, seemed so happy and so proud. Wondering whether it was about his newly found army position Wilfried told us about that he was so happy I started enquiring around. Indeed there seemed to be a massive interest, at least in Bangui, to be recruited in the army or even in the police and gendarmerie posts in January 2017.

I interviewed a young man called Olivier a few days later on the 27th of January 2017, after we had been chatting two days earlier on the motorbike about one of his cousins. The information from the interview shows how, even before the present day, an army post was a desired position. It could also entail danger of course, in a country that recently underwent such a violent episode.

Olivier tells me: ‘A cousin of mine – he had been in school, but not for very long; I think stopped halfway in secondary school – couldn’t find work. At the time there was recruitment going on for the FACA (Forces Armées Centrafricaine or Central African Armed Forces) and he tried to be recruited. But he found himself blocked. According to him, he had all the qualifications, but the only thing was that he did not have the right ethnic background that corresponded with the regime in place (under president Bozizé). The second time recruitment was announced (in 2008 or 2009, Olivier is not sure) he changed his name. He was in his early twenties by then. While originally Banda he took a new name, that of the ethnic group Gbaya. He maintained his first names, submitted his file with a new (forged) birth certificate. ‘When I heard about it’, Olivier says, ‘I thought this would not work, but he was indeed recruited for the training to enter the FACA.’

A few years later he and his battalion were attacked at Boali, a town above Bangui, by Seleka forces around two days before the coup of March 2013. Because the battalion apparently did not possess the means to protect themselves, the soldiers fled, each in another direction. ‘My cousin went into the bushes where he got lost, walked for a few days and then got stuck in a metallic trap used by a local hunter for catching wild pigs. Metal pins entered his leg and he was crying out loud. A nearby farmer working in his field was afraid when hearing the man cry, but also realised the person crying needed help. The farmer helped to free the leg and helped to treat the cousin’s wounds with traditional medicine. He already had wounds on his feet from walking around for so long. For 2 to 3 months he stayed with the farmer, not only because he could not walk, but also because as a soldier he could not travel. For as the Seleka had taken Bangui, they were attacking FACA elements all over town.’

‘The family had lost all trace of him and thought he had died, but when after 2/ 3 months calm returned a bit in Bangui he came home. He was treated in the hospital for a few days, before going home for another few months of recovery. Thereafter he started reporting again. Not that the FACA really worked at that time. They were still not so safe, not even at home they feared the Seleka forces.’ For some youth had joined the Seleka in different parts of town. They would indicate to the Seleka who were FACA in their neighbourhoods. According to Olivier, these people had to show friendship to the Seleka in order to stay close to them and they did that by indicating who were part of the FACA before. ‘At the time the FACA stayed at home or were hiding with their neighbours or parents, others crossed to the Democratic Republic of Congo. The latter option was particularly chosen by the presidential guards under Bozizé: they could not stay in Bangui after Bozizé’s fall, for there they were systematically murdered. It was only under interim president Samba that the FACA started to become operational again.’

I asked Olivier whether he knew more people who had changed their names to enter the army. He said he didn’t know them personally, but that it was current practice by then. Apparently the promise of a regular salary- 45.000 XAF (or approximately 68 Euros) per month – motivated young men to join the army. Being sent on mission would earn some extra money and promotions of course also would.

But something else was also motivating them… because the majority of people in the FACA and presidential guard were (in Bozizé’s time) from the president’s ethnic group, they had all the power. They could acquire all they wanted from the population, just by starting to control people on the road – and even if you had not violated any rule, they would insist and make you pay. They could get you imprisoned without any form of process whenever they had a problem with you. So at the time young people though ‘if I manage to enter the FACA, nobody can mistreat me any longer in that manner’. So it became fashion to join the army. A CAR musician even sang about it; if everybody becomes FACA, who will be left to protect civilians….?

‘And at the time, in order to submit one’s file 5000 XAF was needed, while people spend much more to follow up on their file by paying sums of money. To be able to do so some sold their parent’s land, the motorcycle of a parent etc. All this to corrupt the people higher up in the FACA hierarchy. And then when all those young people were not recruited in the end, there was a big protest in Bangui in 2010 or 2011. And that frustration led many of them to join the Seleka when they came to take over power. They were very dissatisfied, arguing: “you [Bozizé and allies] didn’t want us in the army, now we will become Seleka.” And this explains why, when the Seleka arrived in Bangui, MANY youths aligned themselves to them.’

In January 2017 an announcement had just come out about the recruitment that would soon take place of 500 people for the police and gendarmerie. When one asked around in Bangui, everyone would be able to tell of a young person, in his or her surrounding that was preparing to submit his or her file; often people knew at least two of such people. Again, according to Olivier, documents (birth certificates) were forged, this time not because of ethnicity related matters, but because of the age criteria that was put for recruitment: one had to be between 18 and 25. We expected more that 5000 youths to register. Probably they were many many more…

Does it mean these young people are not scared of entering the army, with all the mayhem still going on in the country? I asked Olivier. But according to him fact that the government and international actors were talking about DDRR and of reconstructing the national army encouraged young people. At least… so it was in January.