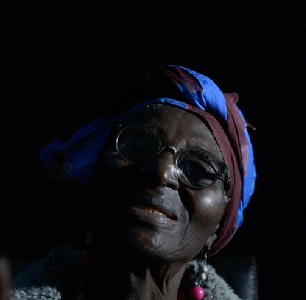 Bernadicta Mukalla Neng has been fighting for women’s rights from early independence in the 1960s. In fact, Bernadicta was fighting for feminism before the concept had even been discovered in her country, Cameroon.

In a series of poignant interviews with Bernadicta, which took place just one month before she passed away, she looked back on her life as a fighter for women’s rights. Despite the sometimes impossible fight, Bernadicta kept her promise to be an activist for women’s liberation until the end.

“We have come out to be liberated, not to oppress the men […] We were still housewives, noble housewives and we still do our noble work, in each speech I included that […]”

Bernadicta’s Voice and Thoughts are captured in film, photo and text (as part of a PhD project at Leiden University) and thus can inspire the next generation of young feminists. The V4T project will disseminate Bernadicta’s life story and the challenges she faced and will feature in public discussions about feminism and gender both in Africa and in Europe.