Betrayal in the art world of the Central African Republic 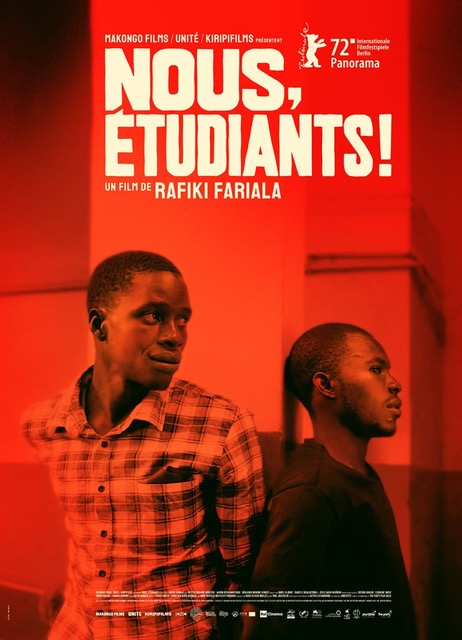 Following the banning of the film “Nous, étudiants ! ” (“We, students ! ”) by Rafiki Fariala, art is in danger in the Central African Republic.

I am flabbergasted and deeply upset learning about the complete silence among Central African artists following the ban on the film.

“Nous, étudians ! ”, a film that depicts the realities of student life on the Bangui campus, has been banned by the authorities. What is the logical explanation for this ban? According to the Central African authorities, the content of this film incites hatred. The Minister of Arts and Culture suggested on Radio Ndeke-Luka, a Central African radio station, that the director of the film, Rafiki Fariala, should have consulted her and her technical team before making the film.

This statement leaves me perplexed and also leads me to question myself as an artist. Is art no longer considered a work of the mind, emanating from creativity, to be subjected to an analysis no other than that of its inventor? How does artistically denouncing the evils that undermine an entire student population become synonymous with incitement to hatred? Or, by prohibiting the broadcasting of this film, are our authorities not demonstrating their desire to keep us ignorant and in a precarious and violent situation?

In a patriotic sense, we wish to tell our authorities that this film reflects the reality of our society and should not be a victim of  any censorship. They should therefore reconsider their decision to ban the film.

Be that as it may, we are much more shocked by the silence in the Central African artistic milieu than by the censorship of the film itself. How should we understand the fact that these artists remain silent when a work of art is subject to purely political censorship?

Oftentimes, artists are the first to be indignant, to vocalise in multiple ways their critique a situation in which an art work is endangered and to show their support for the artist that is being censored. This time there is a serious lack of solidarity among artists. It is all the more remarkable in a rather unstable political environment such as that of CAR, because tomorrow it could be another artist whose work is boycotted.

It is a pity that in CAR, artists have forgotten their role in society. Their works as well as their personalities are often (mis)used for political ends as for instance in electoral campaigns and those aimed at social cohesion between Christians and Muslims.
But when their works denounce the evils that plague society, they suddenly become victims of censorship.

I can only say to our artists that their silence, in the face of the unjustified censorship of an art work, is as complicit as the destruction of this nation by those who are in power. Art has always had a dominating power. So don’t let these politicians dominate you, dear artists.