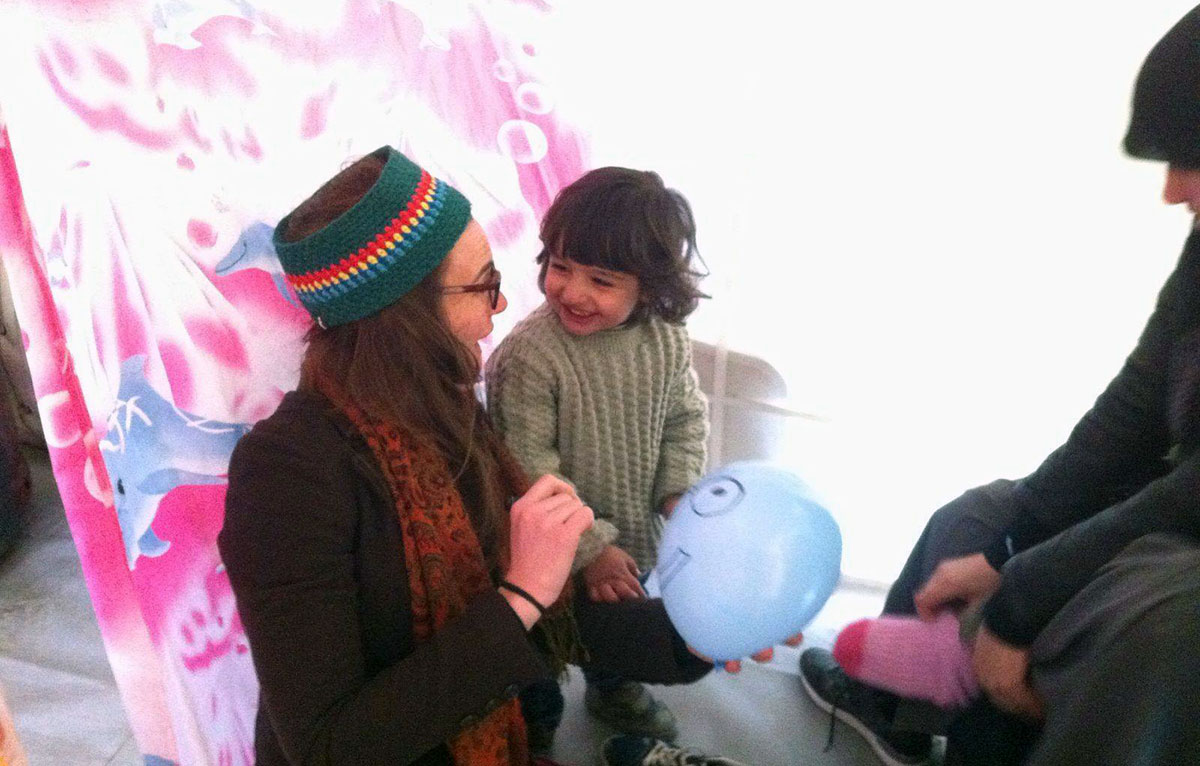 “The Taliban murdered my father. They teased my brother until he was scared to death!”, said the 16-year-old Afghan girl as she looked up at her 10-year-old brother who sat quietly next to her. She went on: “And they forbade me to go to University.” When I asked her about the travel from Afghanistan to Greece, she looked me intensely in the eyes and answered: “I want to tell you, but I think I shouldn’t. I don’t want you to feel sad and cry…”

My decision to come to the unofficial refugee camp called, “Olive Grove Camp,” in Moria, Lesbos was a well thought-out decision but an impulsive one. For months, I was following posts about life at the camp on Facebook from a friend. I was so intrigued by them that one day I decided to reply to one of his posts saying, “Can I join you in two weeks?!” Within a matter of seconds, I found myself in a lucky situation as I was just finishing up my job as a Social Work teacher at the Hogeschool Leiden and looking for my next opportunity. My friend agreed and so I bought a ticket right there and then. Two weeks later, on February 16th, I was in Moria.

The reason to come here has a story: I had already worked for four years as a volunteer Social Worker with refugees who were stigmatized as failed asylum seekers. Throughout my experience, their stories touched me deeply to the extent that I wrote about them in my thesis paper for my Masters in Cultural Anthropology. During my research, I had many conversations with many of the refugees, visited some in jail, and even participated in demonstrations against the current refugee policies. As a Social Worker and Cultural Anthropologist, I’ve always been passionate about marginality. As a result, I’ve devoted my work to people in liminal situations in various settings.

So far, it has been three weeks since I’ve arrived. But I feel like it has been a year because life at the camp is very intense. My wonderful colleagues and I work 8/7 for Better Days for Moria, a volunteer organization whose aim is to “[bring] a sense of humanity and care to the difficult experiences of refugees.” We both believe that nations and borders are just human constructs and that land is nobody’s and everybody’s property. As a result, we feel obligated to help our fellow men seek refuge in a safe place that can give them peace and fulfilment in their future dreams.

Our camp is an Olive Grove, which with the help of many eager volunteers has come to life since it began last October. It has turned into a somewhat livable place with tents to sleep in and basic human supplies, including running tap water, food, and clothing. There is also a playground for children, a solar powered spot to charge phones, and even a Wi-Fi connection, despite its unreliability. Currently, the camp has around 500 temporary inhabitants –400 are Pakistani and the remaining are a colorful mozaic of Iranians, Eritreans and Moroccans. (The big groups of Afghans, Syrians and Iraqis are sheltered at the official camp up the hill from our camp.)

Now that Europe is preparing an agreement that says all new and arriving refugees are to be immediately sent back to Turkey, we are beginning to think that many of our people will get stuck at our camp. We will also more than likely get new refugees. The news is already creating quite a challenge for us. There is even more tension and despair among and between the refugees in our camp and we are witnessing more and more (small) fights on a daily basis.

As part of the team, I manage an ever-changing multicultural team of volunteers at the clothing distribution area. Days go by fast but there is never a dull moment. My work is challenging and diverse, both in terms of leading a team and in being in close contact with refugees who need clothes. In my area, I often see men, women, children and babies arrive at our camp soaking wet from the often thrilling boat experience. My team and I make sure they are given new clothes, kept warm, and well equipped for the next leg of their journey. In addition, I am able to provide them with answers to their (m)any questions and keep track of our stock.

Since we are a volunteer organization, we are dependent on donations and can use any help at the moment. Please support us at: http://www.betterdaysformoria.com/.

Two days later, on my way home, I saw her shiny eyes again. The Afghan girl saw mine and came to me immediately. “How are you?”, she asked while shaking my hand. I thanked her and asked in return how she and her brother had been. She nodded her head and replied: “So, so…but are you leaving?!” I looked into her wise eyes and said: “I am leaving…but tomorrow I’ll be here again!” She smiled brightly and so did I.