Celebrating the powerful voices of women in slam 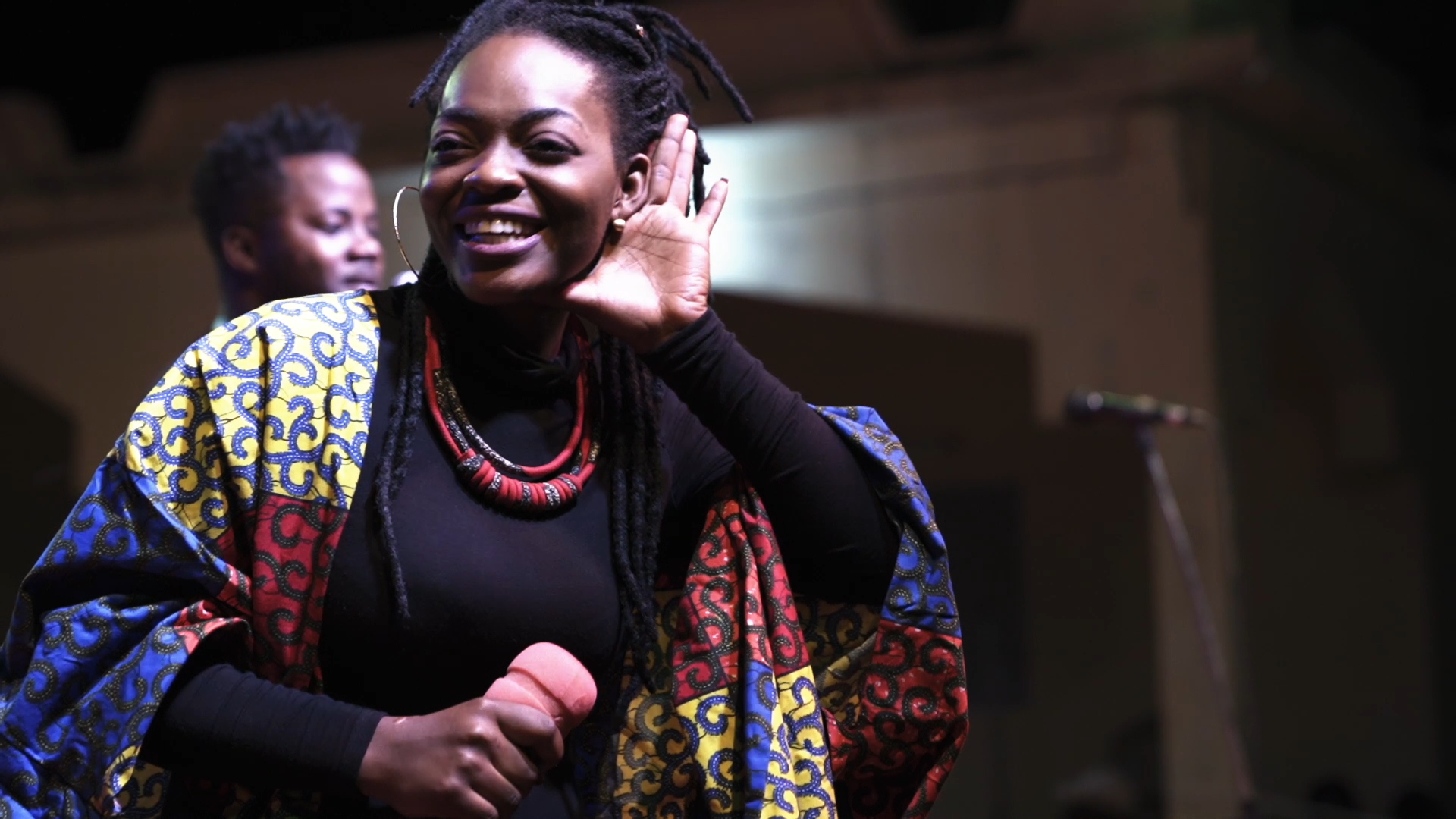 On this day we would like to share a film that we made together with female slam artists, to highlight and celebrate the power of women’s voices. Women like Lady B (Cameroon), Amee (Ivory Coast), Lydol (Cameroon), Fatine (Marocco), Meriem (Algeria), Huguette (Burundi) found in the art of slam a way to express themselves, an outlet, in a society where they are often told to be quiet, and not to speak in public. With critical, sharp, and loving analyses of gender roles, inequality, violence, and graceful performances, the women bring their audience into raptures and movement. They are very influential and leading voices in the Slam scene in Africa and beyond. However, their position in the mostly male-dominated scene has not been evident.

We interviewed them at slam events where they played an important role on stage: Coupe de Slam 2018 and Slam et Eve in 2019 in N’Djamena, Chad.  This film is based on the interviews in 2018. Lady B gave a beautiful performance during the coupe de slam, Amee and Lydol have been in the scene for a long time and are examples for the younger generation represented in this film by Fatine, Meriem and Huguette who all competed in the coup. This film is the start of a project in which we will portray Slam women in film and in story.

Women inspire other women with their stories and knowledge, and this is passed on from generation to generation. Amee tells about her intelligent mother who, as a housewife, took care of the children and could not do what Amee is doing now; making her voice heard and sharing her story with a large audience. In realizing her dream, Amee carries her mother’s dream with her.

With their slam art, women show that they are equal to men. Listen to the beautiful words of these amazing women, and be inspired.