Covid 19: an inappropriate re-confinement in N’Djamena 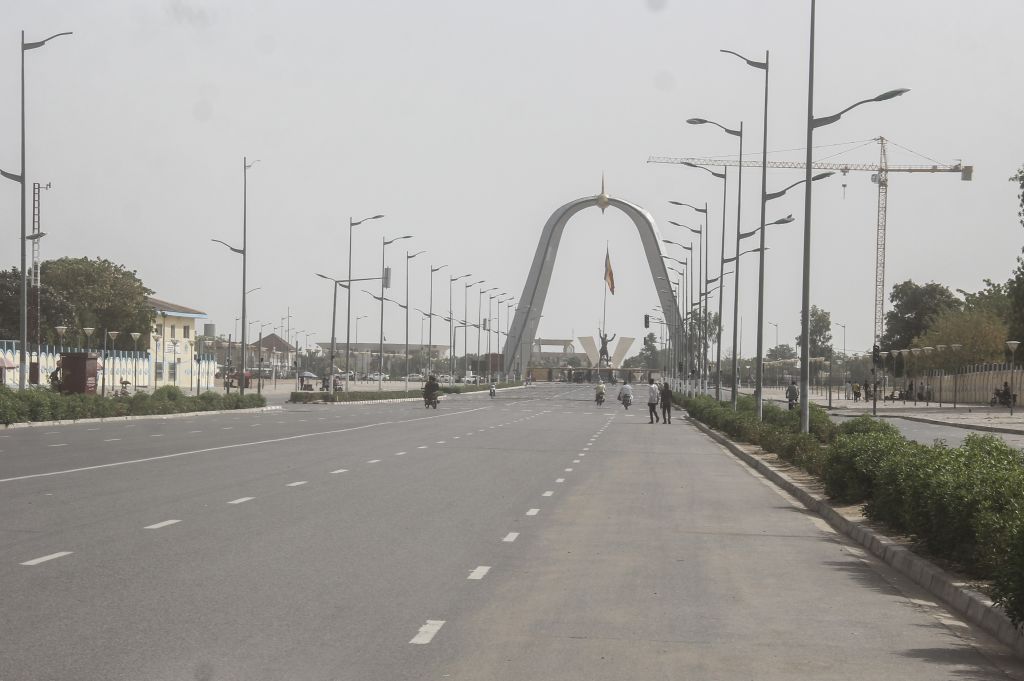 N’DJAMENA, CHAD – APRIL 6: Nearly empty roads are seen within precautions against coronavirus (COVID-19) pandemic in N’Djamena, Chad on April 6, 2020. (Photo by Mahamat Ramadane/Anadolu Agency via Getty Images)
Nearly empty streets during the first precautions against the coronavirus pandemic in N’Djamena April 2020. © CGTN Africa
This article is a machine translation from French. Click ‘Français’ in the menu to read the original text.

While Chadians are preparing to celebrate the end of the year celebrations with friends and family after a difficult year 2020 marked by covid19 , the government is reinforcing sanitary measures in N’Djamena from 31 December 2020 onwards. Measures that were considered too weaned by the population. A wave of indignation was felt on the web.

On 31 December 2020, against all expectations, a decree will put an end to the joy of the people of N’Djamena at the end of the year festivities. The decree °2585 of December 31, 2020 confining the city of N’Djamena and reinforcing sanitary measures: “The city of N’Djamena is confined for a period of one week renewable from January 1, 2021 from 00:00 hours,” underlines the document in its article 1. And to continue: “As such, are closed and prohibited: the land borders of the city of N’Djamena; the air borders as from 4 January 2021 from 00:00 am; public and private schools and universities; places of worship; any public or private gathering of more than 10 people; bars, restaurants, shops and large markets; urban and interurban transport; non-essential public and private services; gatherings on the occasion of baptisms, weddings, deaths and burials.”

The harmful effects of this decision are not long in coming.In themorning of1 January 2021; many vehicles coming from the south of Chad are blocked at the entrance to the city of N’Djamena. Several people were unable to return home. Chadians coming from abroad to celebrate with their families are blocked. Students on holiday leave are also blocked. In the Chadian capital, known to be boiling hot, everything or almost everything is closed, an air of a ghost town As a reminder, Chad has been under curfew for more than 9 months now. It is since March 2020 that the N’Djamenois have been forced to return home, stopping all activities at 9pm. The country is also one of the countries with the lowest rate of covid19 propagation in the world (to date 389 positive cases and 104 deaths in total). The majority of Chadians live in total insecurity. These measures, although salutary without support, are inappropriate for these people.

Wave of anger in the music world

In the cultural and musical milieu, the anger of the artists is there. Present on facebook, several artists have spoken out. This re-confinement (the second) has moreover cancelled several concerts by the musicians. These artists who live performances nevertheless. Artists such as Ray’s Kim Edm, N2A Téguil, known for being close whenever fundamental freedoms are violated, have multiplied publications and facebook lives to denounce what is called “unjust” laws. Alongside them, other artists such as Cidson, Génévieve Matibeye, Annonyme, Djemila and many others have expressed their indignation against this re-confinement and are calling on the population to take responsibility “I join my voice and my image to these millions of Chadians who have just started the year 2021 with doubts and despair to demand an explanation from the Chadian state for this unbearable situation of curfew (re-confinement) that we have been living for months. We do not kill the people by wanting to protect them. If you still love this country, look for answers, not problems,” launches the Chadian artist Mawndoé Celestin from the Ivory Coast. The Chadian Slammeur Croquemort, who lives outside Chad, but who deals in real time with current affairs in his country, is also indignant “Science without conscience is but the ruin of the soul. Science obeys a number of criteria. In medicine, there is a balance between gain and loss. That is to say, if the measure must kill more than the virus, we choose what kills less, i.e. non-containment.” His response to the member of the government for whom containment is a scientific necessity.

Three months before the presidential and legislative elections in Chad, Idriss Deby’s regime is multiplying unpopular exits. If the health crisis is a priority, there is unfortunately no real will to make Chadians happy against their will. The Chadian president himself has been campaigning for several months in several towns in Chad without respecting sanitary measures. Large-scale actions are being carried out by the people of NDjamenois to change this inopportune law. But at what price? Because there is a political and repressive police force on the other side, ready to use the language of violence.