Deadly match in Kinshasa : He lives in the dark but electricity killed him 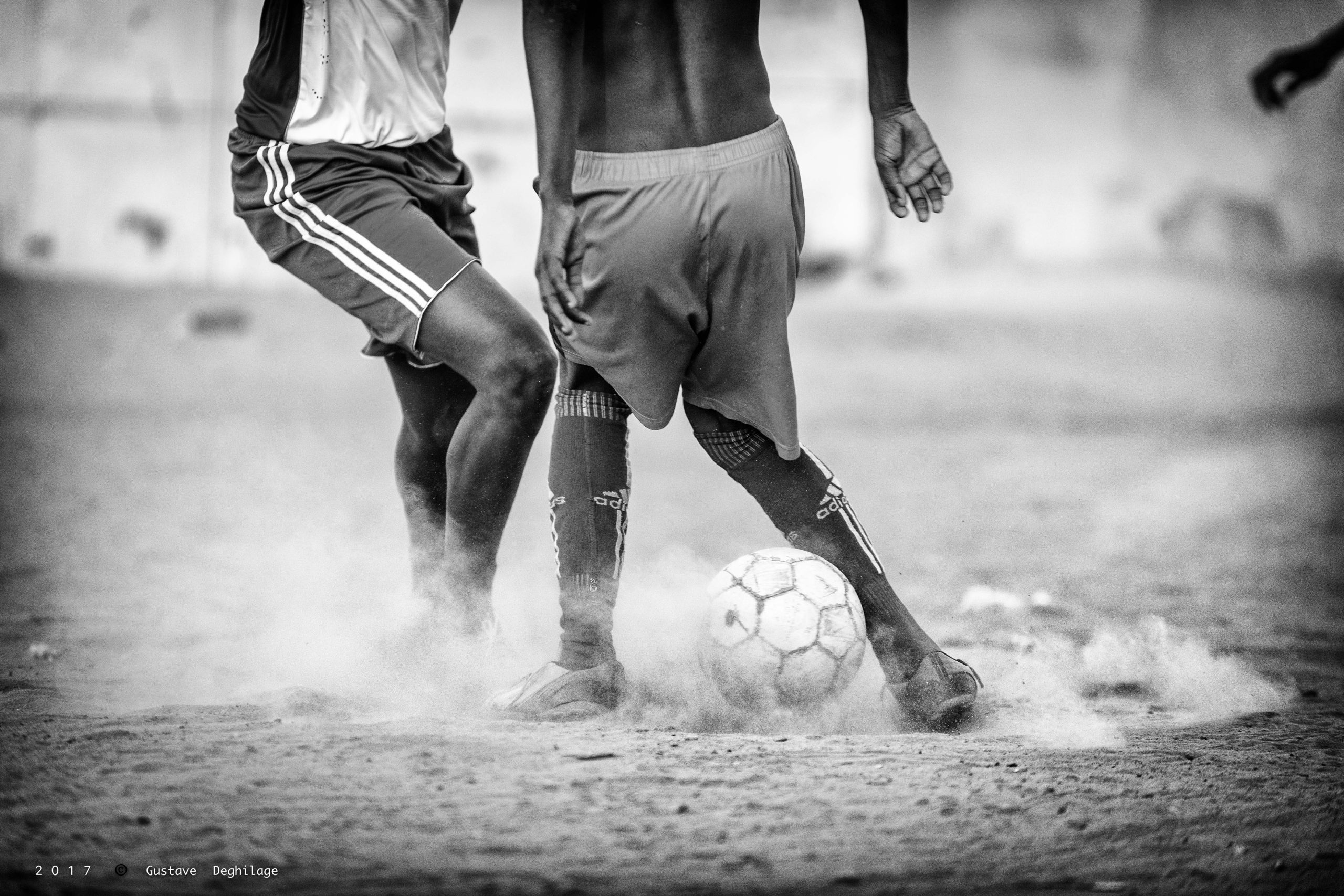 “Play the ball” were the last words from Lay aka Mbappé. He always said: I am little Mbappé. With his ballpoint he wrote the name Mbappé on his Leopards/DRC shirt, the only name apart from his own that he could write without spelling mistakes, his father said. Lay was attending second year of his private primary school. Recently chased out due to not paying his fee, he took the opportunity to play football with his friends in the street next to Kimalaya road, the street where he lived, in the commune of Bumbu in Kinshasa. While running for the ball, he fell on an exposed electric cable and was electrocuted. He died on the spot. Lay was 7 years old.

That Friday the 10th of June 2022 there was total consternation. Children are used to play next to wires and cables without fear. There’s no electricity anymore.

For almost two years, the community has been living in the dark. The Société Nationale d’Electricité (SNEL) no longer provides electricity, due to a problem with the power supply (high voltage), they say. To get a bit of electrical power nevertheless, some households illegally tap electricity from the neighbouring district by reconnecting and diverting wires in a wild and anarchistic manner.

Thus power runs through wires that hang either loose in the air, and risk to fall down at any moment. Or they use unearthed and abandoned electric SNEL cables sometimes lying exposed on the ground.

Before this community spent two years without electricity, they were in what they call the stage of “délestage“, a system of rotating power by avenue (today X avenue has electricity, tomorrow Y avenue), thereafter they moved on to the FDR stage (general blackout). Another vocabulary they don’t master. “We live in the dark but electricity killed my child,” said the victim’s father. This electrocution tragedy is already the umpteenth time after the one in Matadi – Kibali in which  28 merchants lost their lives on 2 February this year. And yet Fatshi Béton, as president Félix – Antoine Tshisekedi is called by the Kinois , had instructed the government to relocate this market, which is located along the national road. In the absence of the execution of his order, the market remained operational until the tragedy took place. That day, in the pouring rain SNEL’s high voltage electric cables fell down on this market, causing all these deaths. This tragedy should have been avoided.

The death of little Mbappé, his father’s only son, provoked an uprising of young people in the neighbourhood. They attacked SNEL staff.

Everyone went into a grief and condolence mode.

The Congolese authorities, reputed experts in conveying condolences, deplore the tragedies; they take resolutions without solutions.

Who will be sanctioned? Why this drama? Where does it come from?
While waiting for answers, the body if little Lay alias Mbappé is still in the morgue.