Digitalisation and the Field of African Studies 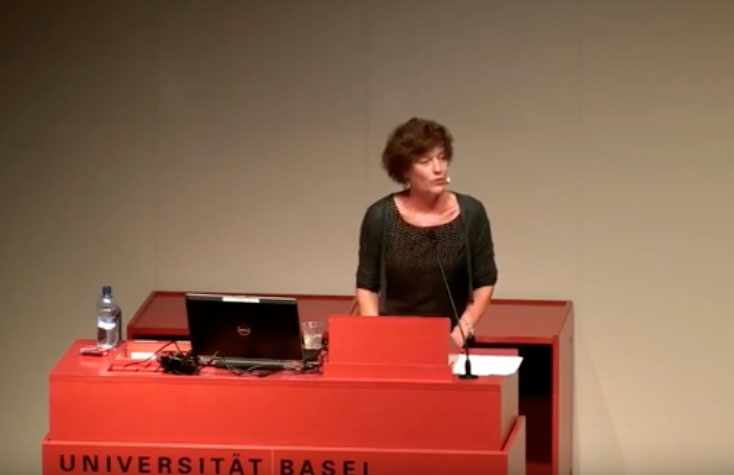 On 28 June this year, Mirjam de Bruijn, manager of Voice4thought, professor at Leiden University and ASCL senior researcher gave the Carl Schlettwein Lecture Digitalisation and the Field of African Studies in Basel during the 7th European Conference on African Studies ECAS 2017. Watch the full lecture below, or read on for a summary.

Urbanisation in Africa also means rapid technological change. At the beginning of this century mobile telephony appeared in urban Africa, and ten years later it covered large parts of rural Africa. Nowadays (cheap Chinese) smartphones enable internet and social media access. These are part of technological transformations in digitalization that are supposed to bridge the urban and the rural and will make these borders blurred. They do so through the creation of economic opportunities, information flows, influencing people’s definition of self, of belonging and citizenship. These changes are perceived with huge optimism. The message of ICT4D (Information and Communication Technology for Development) for Africa has been one of glory and revolution.

Practice however also shows other sides. Increasingly, publications show that we are facing a new form of digital divide in which Africa is (again) at the margins. These transformations influence the relation between urban and rural Africa, and between ‘Africa’ and the World and hence the field of African Studies both in its objects as in its forms of knowledge production and in the formulation of the problems that we should study. In this lecture I will reflect on the past two decades of my research experience in West and Central Africa and how for me the field has changed. It has forced me to decolonize my thinking even more, and to enter into co-creation in knowledge production. How can I translate these lessons into a form of critical knowledge production, what are the pitfalls and what is the use of technological change for the redefinition of African studies for the 21st century?