Documentary: Sankofa, voices of the Rastafari from Ethiopia 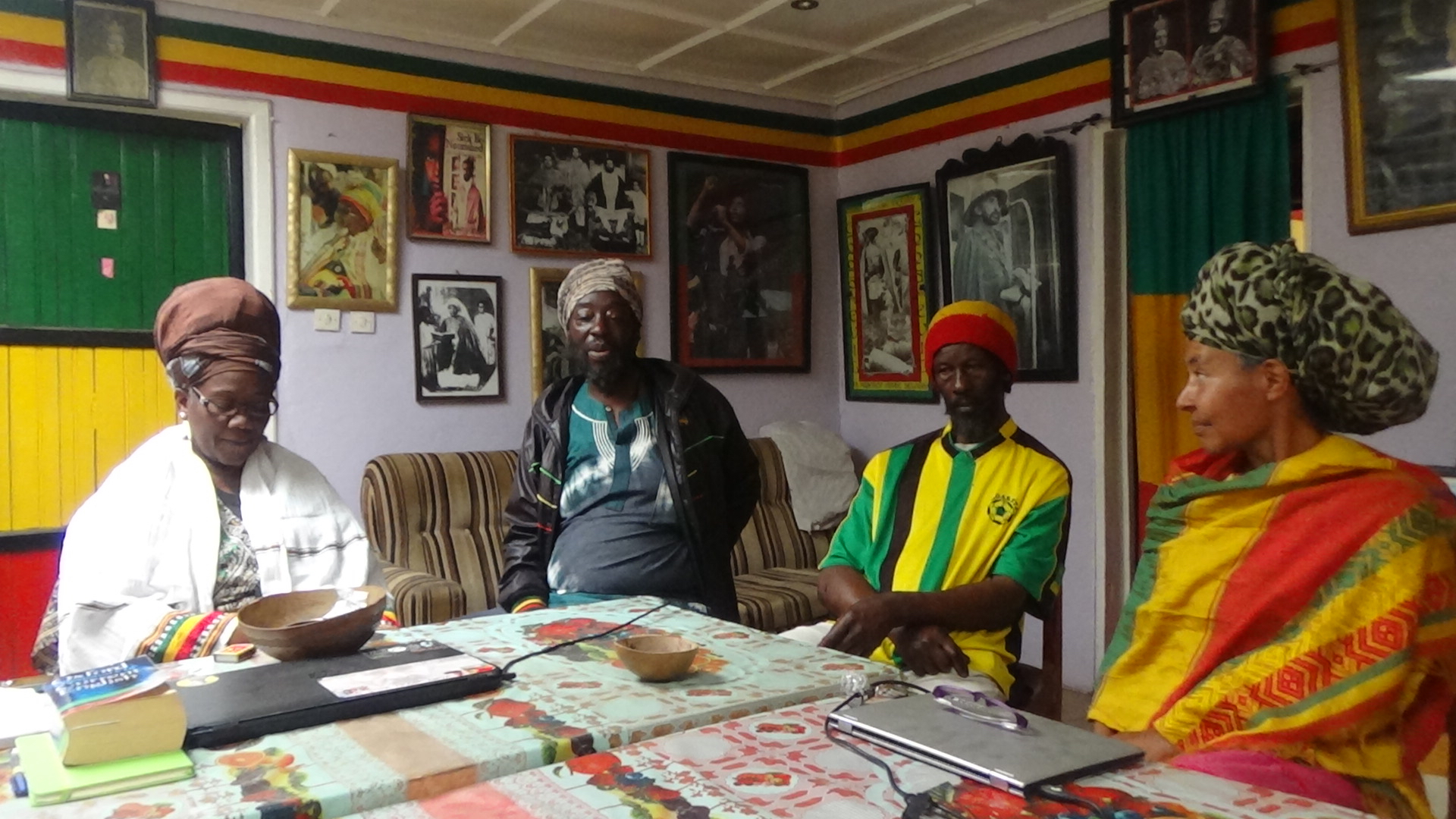 The less than 1000 Rastafari returnees living in Shashemene Ethiopia, the Mecca of the Rastafari, have abandoned their life in developed countries and repatriated to live in the villages of Ethiopia, whereas hundreds of thousands of Ethiopians migrate illegally to Europe. They have reversed South-North migration to North-South. While the Rastafari insist on Ethiopia being their home, they are perceived as foreigners. Their repatriation has been met with the nationalism and citizenship crisis of Ethiopia. Surprisingly, in spite of the difficulties, they continue to call it home. Attempting to know why the Rastafari repatriates, who call Ethiopia the Promised Land and convey that message to the world through reggae music, are maltreated in Ethiopia – a quest catalyzed by personal experience – I was set to direct this research.

At the outset, the research assumed that the Rastafari returnees in Ethiopia were facing challenges of cultural expression, for example wearing dreadlocks, use of marijuana, religious freedom and language. It also argued that the root cause of the challenges for the repatriates in Ethiopia is the absence of recognition of the community by the government. Though these assumptions are not wrong, the empirical study proved there is more to it. After months of my research, while transcribing some of the recorded data, I knew I had to focus not only on the challenges in terms of cultural expression of the Rastafari but also on their everyday confrontations that kept popping up during data collection and, even more importantly, on what is the motive behind their endurance as Rastafari in spite of a myriad of difficulties they deal with on daily basis (the picture below shows a garbage dump in Shashemene). My decision to use viewable evidence alongside texts was made because it allowed a projection of the Rastafari returnees’ voice and through this it could bridge the gap between the researcher and the activist in me. Besides film’s colorful and vibrant (-ness) was used in the interest of throwing light on the broader sense of the Rastafari culture, analyzing the unspoken behavior of the participants, expressions of Rastafari norms and values, and illustrating the expectations and confrontations abreast their endurances. After the thesis was approved of, I was offered the chance to work with the V4T team on the film material, and we decided to focus on a number of themes and add new footage to include my own reflections on the research process. This resulted in the film Sankofa: Voices of the Rastafari in Ethiopia (2019).

We hold on Sankofa*, meaning don’t forget to look back to look at our history. You know identity matters as much as it doesn’t matter. Wherever you are, don’t forget who you are.

From interview with Mama (Dr) Desta, Addis Ababa, December 2017. Sankofa is a word in the Twi language of Ghana. It means “Go back and get it”. Morphological analysis of the word is: san – “to return”; ko – “to go”; fa – “to fetch, to seek and take”. The word also refers to the Asante Adinkra symbol represented either with a stylized heart shape or by a bird with its head turned backwards while its feet face forward carrying a precious egg in its mouth. Sankofa is often associated with the proverb.

In 2020, the original film material accompaniying the thesis was again edited, and combined with my personal interview material. This resulted in the film ‘The Rastafari in Ethiopia: Challenges and Paradoxes of Belonging (2020). See section Paradoxes of belonging, in which also the thesis is discussed. This film is planned to be screened to the Rastafari community in Ethiopia and on the upcoming All Africa Rastafari Gathering in Tanzania, November 2020 and cover what is uncovered on with a question and answer interaction. For more information on my journey of film making read my reflection in the section: Projecting Rastafari Voices through film.

Just before this web publication was finished, my main participant, Mama Ijahnya Christian, passed away on 27 April 2020. A bonus story is included in the project in loving memory of her following her transition. As an icon powerhouse woman both in the Rastafari and Pan African movement, I was happy I recorded her story in this research so I kind of made a special video of 4:23 min from the research collection. See the page: Mama Ijahnya Christian.

This post is part of a series. It was first published on the Innovative Research Methods website (May 2020). Other posts: