Douentza: Psychological victims of the crisis in central Mali 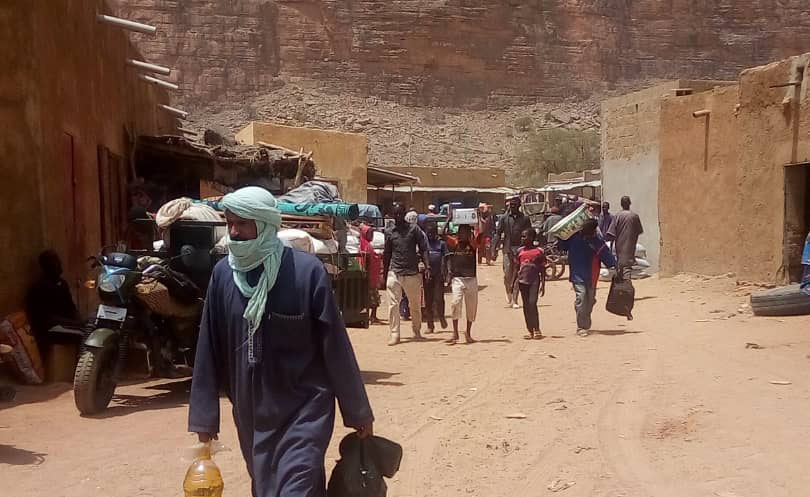 By Mamadou Togola and Modibo Cissé


At the beginning of this blog, the witness we call Abdallah preferred to remain anonymous, for security reasons that affect all regions of central Mali and in particular the circle of Douentza.

Inter-community crises, attacks or kidnappings are known to all in the central regions of Mali. Now part of the daily life of the population, they suffer not only material but also psychological damage.

Following the kidnapping of a young man from his village, Oumar (not his real name), Abdallah’s older brother could not remain sensitive to the situation. Concerned and aware that the target of these armed men is none other than the youth, in all good leadership, Oumar, who is also the headmaster of the school in his village, then invites the other young people of his village to a meeting in which he proposes to them a way out of the crisis and negotiations in order to free their friend. According to Abdallah, information from their exchanges was brought to the ears of the kidnappers.

After several days in detention, the uncle is finally released, but with many scars on his body. “He came back with horrific scars and a message threatening to kidnap him from the kidnappers about the meeting organized by my brother. The message particularly concerned three young people, including my brother,” explains Abdallah. He continues: “After hearing the threatening message, panic took hold of my brother, his attitude has since changed. At the slightest little thing, had panic attacks”.

“He was losing his mind a little bit more every day. He was barely sleeping and barely eating. He refused to leave the house because of fear of meeting these terrorists, and he lost his self-control,” says Abdallah. Worried about Oumar’s health, his parents decided to help him and took him to the city of Douentza for medical care.

“It wasn’t easy to take my brother to the hospital, he was suspicious and very agitated. We had to give him a sleeping pill in complicity with the village health workers to bring him to the city. I was really sad to see him like that,” Abdallah explains. Believing he was next on the list of armed individuals, Oumar had started to develop a post-chronic disease, according to his doctors. According to Abdallah, in his moments of panic, Oumar also said he wanted to commit suicide in order to avoid his planned abduction, as he had no escape.

Water has flowed under the bridge. Today, our young leader is recovering from his troubles. To avoid possible relapses, Oumar and his entire family had moved to Bamako. But now Oumar is back in his village. According to sources, the threatening message that Oumar had received had been misreported. In reality, it was not a threat, but instructions that had been misinterpreted by the messenger.

Nevertheless, there are many cases of mental disorder in these areas of the country, due to the psychosis sown by the rebels, and even today, the security situation in these areas remains alarming. Many families continue to live in similar situations.