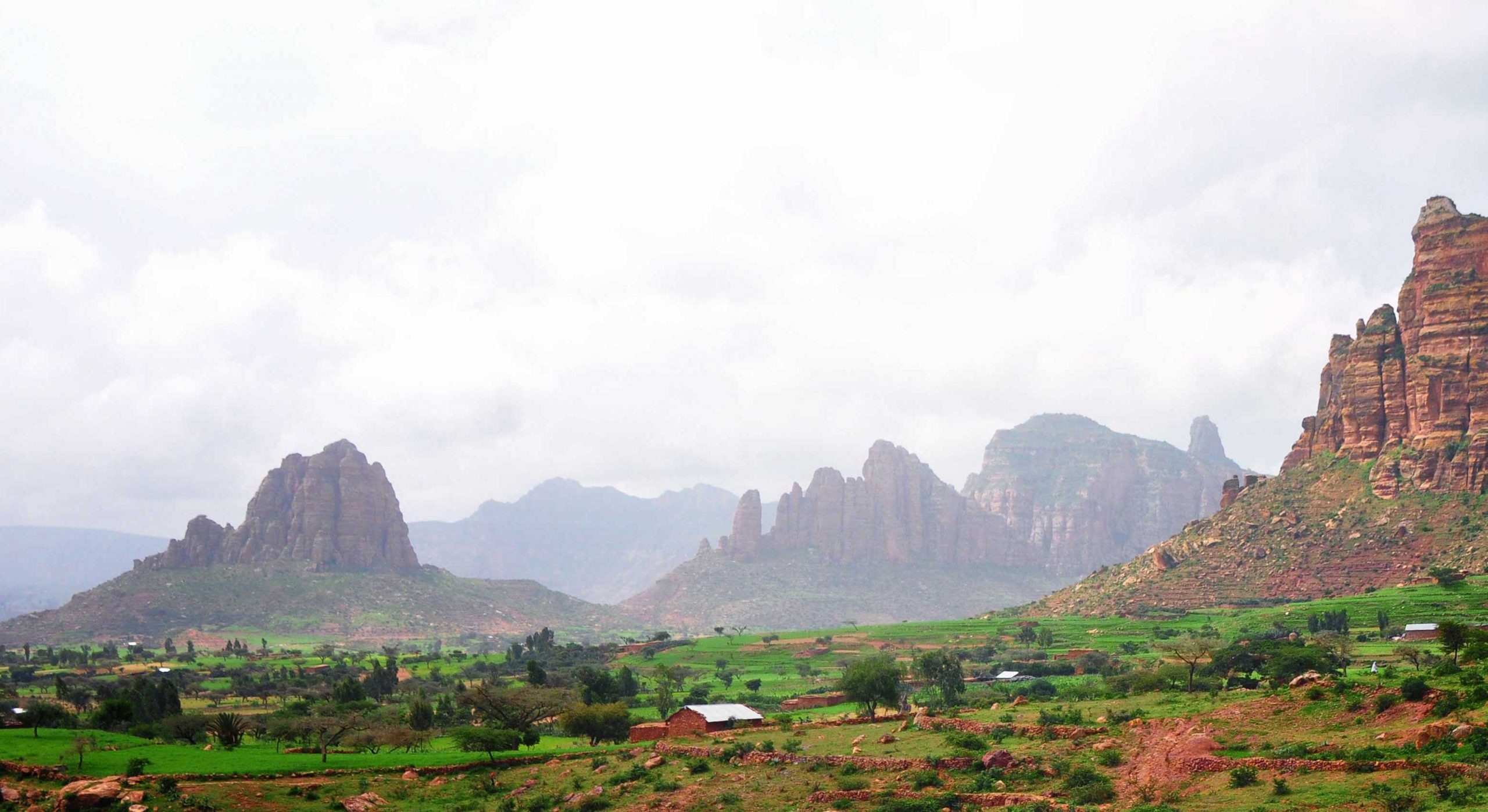 “We were literally caught with-our-pants-down….but we won because that is our mind set, …to win!”, said the late Dr Yehuda Paz, founder and chair of the Negev Institute for Strategies of Peace and Development in Israel during a presentation about the fourth Arab-Israeli conflict in 1973, also known as the Yom Kippur War. In this conflict, Egypt and Syria declared war to Israel. Dr. Paz made the remark during a leadership workshop for young leaders from various countries in Be’er Sheva ( Israel) which I attended in 2005. Although the war happened more than 30 ago, when Paz was still a young military officer, he narrated the story like it happened yesterday. Our eyes and ears were glued to him. 15 years later, on the night of 28 November 2020, when I learned that the Ethiopian National Defence Force (ENDF) regained full control of Mekelle, the capital of Tigray, dr. Paz’ story flashed back in my mind. I suddenly saw the connection between the Yom Kippur War and the current conflict between the national government of Ethiopia and the TPLF, Tigray’s former ruling party and army.

In the night of November 4, 2020, the Tigray People’s Liberation Front (TPLF) launched a surprise attack on the Northern Command of the ENDF in the Tigray region, in which many national army officers were killed and a substantial quantity of weaponry was seized. Following this, Ethiopian Prime Minister Abiy Ahmed retaliated by launching a large-scale law enforcement operation in the Tigray region that took three weeks of fighting to get close to Mekelle, Tigray’s capital. The full military operation ended on 28 November 2020, according to government sources.

How was the Arab-Israeli war dragged into the mess?

On November 14th, ten days after the TPLF conducted the sudden attack on the ENDF base in Tigray, Sekuture Getachew, a top official of the TPLF, boasted on a local TV network: “A small nation like Israel, surrounded by big Arab nations like Egypt who were being prepared to launch attacks against it, attacked first.” He continued by asking: “Should we be waiting for them to take the first strike? Or take pre-emptive action to avert the looming war? Israel made surprise attacks against these forces and demobilized the enemy troops to successfully defend itself.”

Getachew not only said that the TPLF was responsible for attacking the ENDF but also justified their act through his evocation of Israel’s Six-Days War in October 1967.

The government accused the TPLF of undermining Abiy’s reform efforts and said the TPLF is behind much of the internal tensions and ethnic violence that plagued Ethiopia for at least two years.

What led to the fight?

There has been a pattern of worrying tension building up between the TPLF and the central government ever since Abiy came to power two years ago. Elected as a “reformist leader”, the prime minister accused officials from previous governments of corruption and human rights abuses, and removed key TPLF figures from the central government. In turn, the TPLF’s strongly disagreed with Prime Minister Abiy when he established a unitary system of government replacing the current federal arrangement. Things became even more heated when the government set up a single national Prosperity Party (PP), which is not based on ethnic lines, thereby annulling the old coalition in which the TPLF played a dominant role for the past 27 years. The TPLF attempt to unite opposition forces under a new federalist coalition failed. As a result, it has now isolated itself from the political process.

The TPLF also condemns the government for the way they brokered peace with Eritrea. Abiy won the Nobel Peace Prize in 2019 for his efforts to bring peace with long-standing foe Eritrea. However, the TPLF feels that the interests of Tigray, which borders Eritrea, have been overlooked in the negotiations and wants to have more say over future relations with their neighbour.

The TPLF has been in power from 1991 till 2018. Before this era, it led a guerrilla war for 17 years against the communist Derg regime (1974-1991). The TPLF is accused of provoking conflict by organizing, training and financing forces opposed to the federal government. While the rest of the country has faced ethnic based violence, Tigray questionably is the only region spared from this.

In the current conflict the TPLF did succeed to gain attention from international media and humanitarian organizations, but Abiy has consistently refused any intervention in what he considers as an internal affair. Since the beginning of the crisis, all means of communication in Tigray have been cut off. This communication black-out has severely limited information coming out of the conflict zone. Simply put: it is far from clear what is happening and has happened on the ground in Tigray.

For the past two and a half years the Tigray administration has portrayed itself as government within a government, thereby undermining Abiy’s authority. A telling event is that Tigray has run an election against the rules and regulations of the National Electoral Board of Ethiopia.

Israel’s resounding victory over the Arab states of Egypt, Syria and Jordan during the Six-Day War in 1967 left the Jewish nation in control of a territory four times its previous size. The Arab states felt humiliated and were looking to regain the swathes of territory they had lost. On October 6, 1973, on the day of Yom Kippur, the holiest day in the Jewish calendar, Egyptian and Syrian forces launched a coordinated surprise attack on Israeli positions in the Sinai Peninsula and the Golan Heights. Although there had been tension between Israel and the Arab states, the Israeli felt caught by surprise. After a fierce fight, Israel beat the Arab states although afterwards the Israeli forces admitted this was not an easy victory, compared to the Six-Days War.

The only similarity that can be drawn between the TPLF in the recent attack and Israel during the Six-Days War is that they both have used a strategy of a pre-meditative and sudden attack on their enemy. The purpose, result and moral of the two conflicts are quite different. Most importantly: the TPLF lost and Israel won.

(Un) surprisingly, the TPLF’s invocation of Israel’s victory in the Six-Days War turned out to be a closer match to Israel’s opponent during the Yom Kippur war: Egypt. But there are more parallels between Egypt and the TPLF during the violent outbreaks.

Principally, both the TPLF and Egypt launched their attacks after months of secret preparation. Both the ENDF and Israel, were caught by surprise with their (metaphorical) pants down. However, within days the ENDF and Israel managed to turn their position from defending to attacking, resulting in a military victory in both cases in less than 21 days.

Another matching point is that when the Yom Kippur War began on October 6, 1973, many of the Israeli soldiers were away from their posts celebrating Yom Kippur ( Day of Atonement). The Arab armies were well prepared with their up-to-date Soviet weaponry. Likewise, the TPLF raided the Northern Command as they were sleeping. Earlier that day the national forces had spent time helping local Tigrayans. The national forces also had dinner with Tigrayan soldiers, who were part of the Northern Command but who kept their allegiance with the TPLF secret. These Tigrayan soldiers within the Northern Command would play a key role in the attack a few hours later.

Aftermath of the operation

For the TPLF, the events following the attack on the Northern Command turned out to be disastrous. It set back the TPLF to square one. From being an influential player in the national government for 27 years to going back to its rebel roots outside of the political system.

The TPLF has suffered from a multi-pronged defeat. Internally, it has lost politically, when it decided not to join the new coalition of the federal government, and also militarily after the ENDF struck back.

On 14 November 2020, Sekuture Getachew concluded his statement by saying: “It was imperative to take a thunder-like strike. If these attacks were not taken, Tigray now would not be in its present situation. We would not be talking like this now. There would be huge number of casualties.”

I am not going to compare and contrast the number of casualties, as this has not been disclosed by ENDF nor the TPLF and because of the information black-out no fact-finding could be done. However, only two weeks after Getachew’s boasted about their military strategy, his statement would appear far from valid.

After being caught with its pants down, the ENDF rose to defend. In less than 72 hours the situation turned around, from being attacked to attacking and regaining control of Tigray in three weeks time.

The TPLF was so occupied with replicating the Six-Days of War scenario that they forgot there was indeed also a chance the war would end up like the 1973 Yom-Kippur War. It seems that they studied only one part of Israel’s history or deliberately opted to be ignorant.

Disclaimer
This article showcases the author’s own opinions and does not reflect those of Voice4Thought. The author takes full responsibility for the content of this publication. At Voice4Thought we understand and realise that the conflict in Ethiopia has many sides to the story, which all need to be told.

In Mali large-scale protests broke out in various cities against sanctions imposed by ECOWAS. The Malinese junta refuses to organise presidential elections in the short