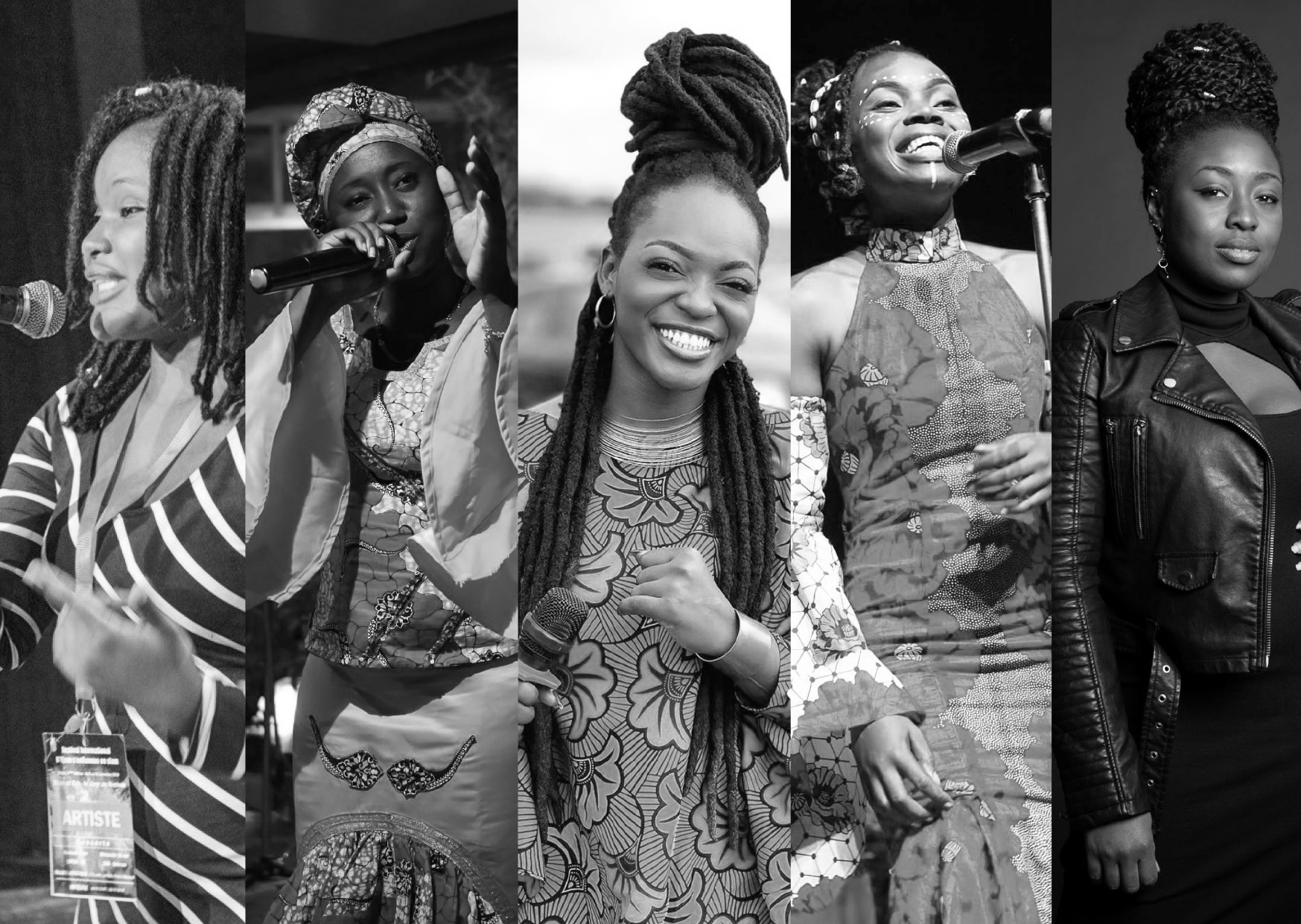 These are the words of Amee (Aminata Bamba), an Ivorian poetry slam artist and one of the first women to be active in the francophone African poetry slam scene. Following her and other slam poets in francophone Africa has resulted in the following article (open access) on the rise of women in slam poetry, written by Mirjam de Bruijn and Loes Oudenhuijsen and published in the academic journal Africa. It is the result of a number of years of exchanges with slameuses (female slam poets), after we were introduced to the world of slam poetry in francophone Africa in 2014 by Didier Lalaye (a.k.a. Croquemort), a Chadian slam artist and the organiser of slam poetry festivals like N’djam s’enflamme en slam and the Coupe d’Afrique de Slam Poésie (CASP).

Slameuses have become a growing force in the quickly developing African slam movement, and today they are at the heart of the movement. The slameuses entered the scene at different moments, starting with Amee from Côte d’Ivoire in 2010, and in the years that followed, Lydol from Cameroon and Malika from Burkina Faso joined the scene, among others. In our article, we explore female slam poets as pioneers in the search for a voice in public debates.

We foreground texts by the slameuses that provide important insights into the role of young women in the growing slam network, and that reveal some of the debates that these texts engender about the inequalities women encounter and their wish for change. The texts the slameuses produce often relate to the position of women in their societies, and they contain messages for other girls and women who may not have the same ability to voice their discontent.

Rats-content-and-tell
While I fall and get up again
You, you tell

Central to the analysis of this article is the work of two young slameuses: Djemi Djiraibe from Chad and Mariusca Moukengue from Congo-Brazzaville, and the inspiration they draw from their elder sisters Amee, Lydol and Malika, who represent the first generation of slameuses in francophone Africa. All of these women are active in social projects, and their texts and social projects reveal a clear engagement with the emancipation of women.

The performance of poems is central to the art, and different forms of performance – from slam battles to concerts and video clips – are debated and tried out in the slam scene. Performances vary from presentations of poems a cappella to poems embedded in dance and music. For this reason, a publication about slam cannot be in written words only; this article is therefore accompanied by some visual material, which was produced by Denis Gueipeur and Annour Halal, both young Chadian photographers and filmmakers, Mette van Dijk, a Dutch art student, and Sjoerd Sijsma, a Dutch cineaste and colleague in Voice4Thought. The material was produced during the CASP and Slam et Eve festivals.

During the CASP in N’Djamena, Chad in 2018 we met many slameuses. Impressions of their performances during the CASP and excerpts of interviews are the basis of a short documentary that was produced by Sjoerd Sijsma, ‘’Les femmes s’enflamment en slam’’.

Mette van Dijk compiled a short video of Mariusca and her appearance at the Slam et Eve festival organised in 2019, also in N’Djamena, Chad.

An impression of Djemi la Slameuse’s performance during Slam et Eve 2019 was published by Sao Magazine TV in Chad.