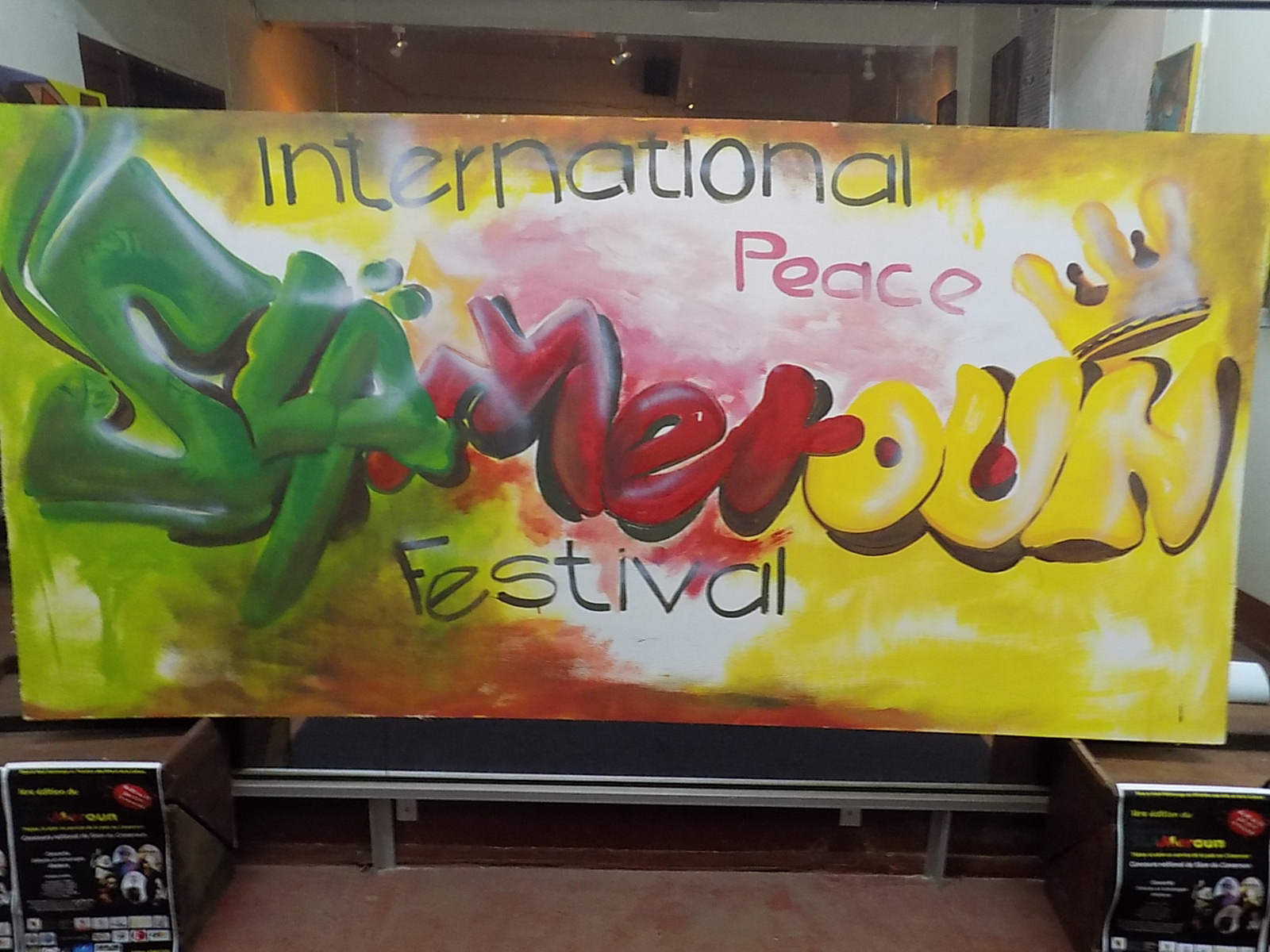 The Musée La Blackitude was the setting for the launch of the first edition of the SLAMeroun festival, which will end on June 23rd.

It will now be one of the must-attend slam events in Africa. The International SLAMeroun Festival was launched yesterday, Thursday June 20, in Yaoundé, Cameroon. For this first edition, which is dedicated to the promotion of peace, the participants in this festival, which celebrates slam as a language and empowers expression, aim to unite their voices to propose a solution to the socio-political crisis that Cameroon is currently experiencing. “Slam in the service of peace”, the theme chosen for this first edition was the focus of an exchange meeting held in the exhibition room of the Blackitude Museum.

The panel was composed of Vanina Njouekou, an expert in social sciences for development and a member of AISEC Cameroon, Christian Nana, director of the Musée La Blackitude and Faithfull, director of the SLAMeroun festival. The three speakers dissected the theme and shed light on the participants’ lanterns on the role of the slammer as an apostle of peace and the impact of the message conveyed by slam as an instrument for peace. “The theme chosen is very important, because it takes into account the socio-cultural and political situation of the country at this difficult time in its history and I am convinced that during its 3 days of festivities the slammers will be able to present the slam to the public as a tool to consolidate national unity and that the festival will contribute to the access and participation of the populations to cultural activities during these days” said Christian Nana. At the end of the exchanges, which were also enhanced by the testimonies of Rodrigue Ndzana and Wassi Charly, the participants stressed the urgent need for slammers to put their feathers in the service of peace, to be peace mediators, to fight against hate messages on social networks and to discover “the other”. This first day ended with the show “Slam à Palabre”, presented by a dozen slammers at the Musée La Blackitude. In a cheerful atmosphere, the audience was consumed by the flame of the different slam and especially seduced by the different performances of the slammers, each one as talented as the next. W Charly, Marah, Djemi la slameurs, Ayang Madiga, Mystère, Ugo Tchou, Yannick Do, Rodrigue Ndzana, Anonymous from Gabon, Meriem Bouraoui from Algeria, Gamil alias Da Genius from the Comoros accompanied by his group as well as other slammers, set the tone for the SLAMeroun festival which will slammer the city to the seven hills, Yaoundé for three days The menu of this second day of the festival on Friday, June 21 is worth a visit. The Goethe Institute in Bastos will host the great show “Poetry Slam Nigth” at 7pm. Several prominent slammers will follow one another on the stage not only to say words for peace, but also to celebrate music. Thus the audience will enjoy the verses and rhymes that will be served by the slamming artists Lydol, Marsi Essomba, Dark Spirit, Fadif, Ugo Tchou, Ayang Madiga, Grimo & W Charly. The foreign legion will be represented by Anonymous from Gabon and Huguette Izobimpa from Burundi.