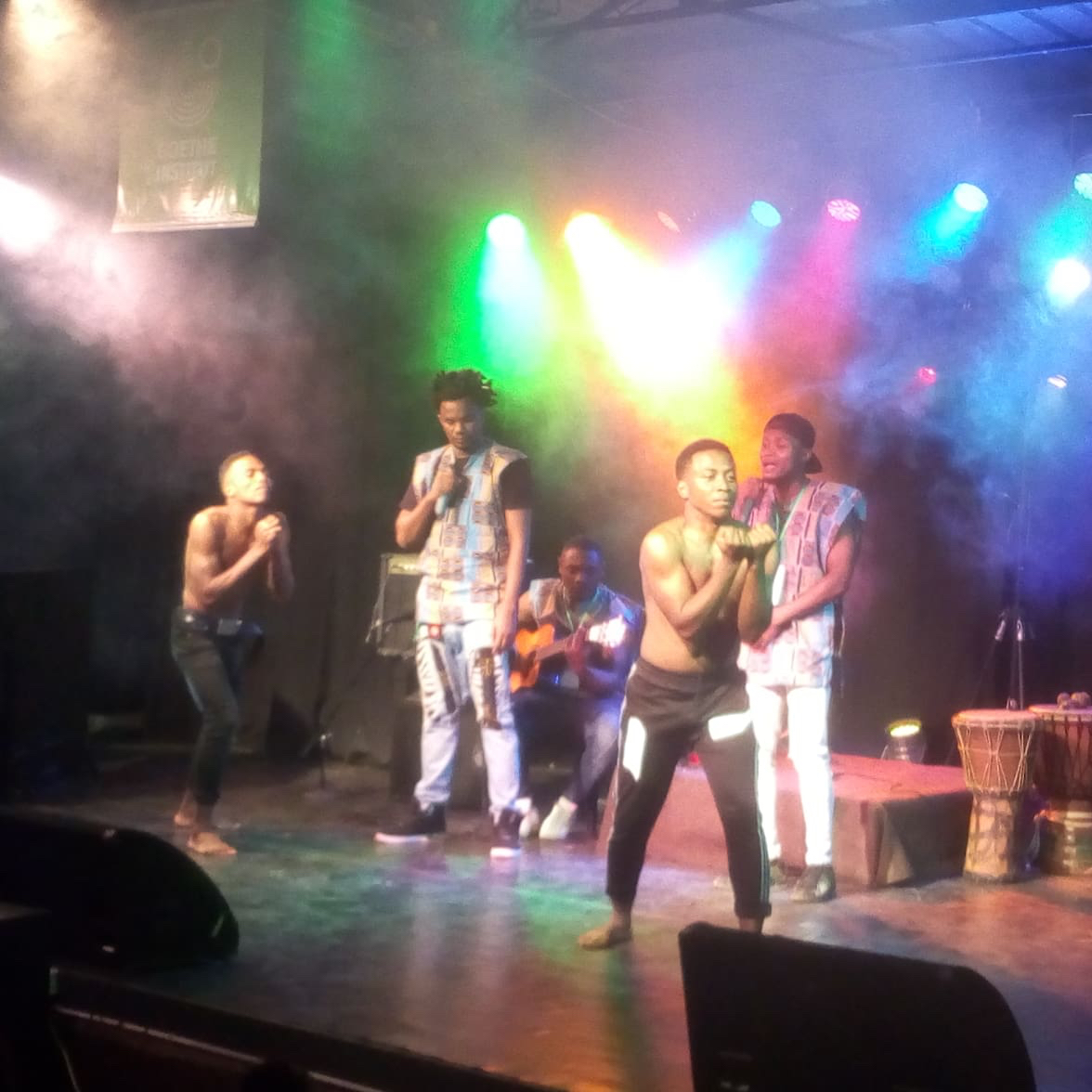 Da Genius of the Comoros

The 38th edition of the Fête de la Musique was held at the Goethe Institute in Cameroon. For its second evening, the international festival SLAMEroun brought together the cream of Cameroonian slam and guest artists from Gabon, Guinea Conakry, the Comoros Islands and Burundi on the stage of this mythical cultural institution for a unique show during which emotion, joy and good humour were on the agenda. Artists on all sides, musicians, slammers, festival guests and regulars of the Goethe Institut Kamerun came to celebrate the festival of music on June 21, decreed by the President of the Republic National Day of Mourning in memory of the 17 Cameroonian soldiers killed in an attack by the terrorist group Boko Haram on the night of June 09 to 10, 2019, in Darak in the Far North region. The audience observed a silence in their memory, before the show was opened by the slammer Ugo Tchou who skilfully distilled the words in the language of Molière and in the Bemena language of West Cameroon. The journalist Julio Trésor will then share his words with the audience before giving the stage to the Burundian Huguette who will “do it differently”, to the great delight of the audience gathered in the Goethe Institute’s courtyard. The mercury will rise a notch when the Comorian Da Genius, accompanied by his musicians and dancers, takes the stage for a brilliant performance that will remind the audience that “Slam is the result of the marriage between the art of performance and poetic art”, as Marc Smith said. This show was also an opportunity for the audience to listen to the single “Fotokolofata” by the slammer Dark Spirit during her performance. A pure delight that will soon be available. Ayang Madiga, the Bantu warrior, using the charm of his words, will also crystallize the attentions during his stunning performance, a chosen piece from his show “Mosaïque”. As for the magnetic Lydol, she bewitched the “Yaoundéen” audience as usual, taking them into her colourful universe during her performance full of emotions and shivers. The fence, of all beauty, was served on a silver platter by the Gabonese slamer Anonymous will close this great ball of words that lasted nearly two hours. Theslammers followed one another on stage not only to say words for peace, but also to celebrate music. And the audience enjoyed the verses and rhymes to the great delight of the organizers, who are delighted with the success of this show, which took on its full meaning in the city of the seven hills, the African capital of slam until June 23.