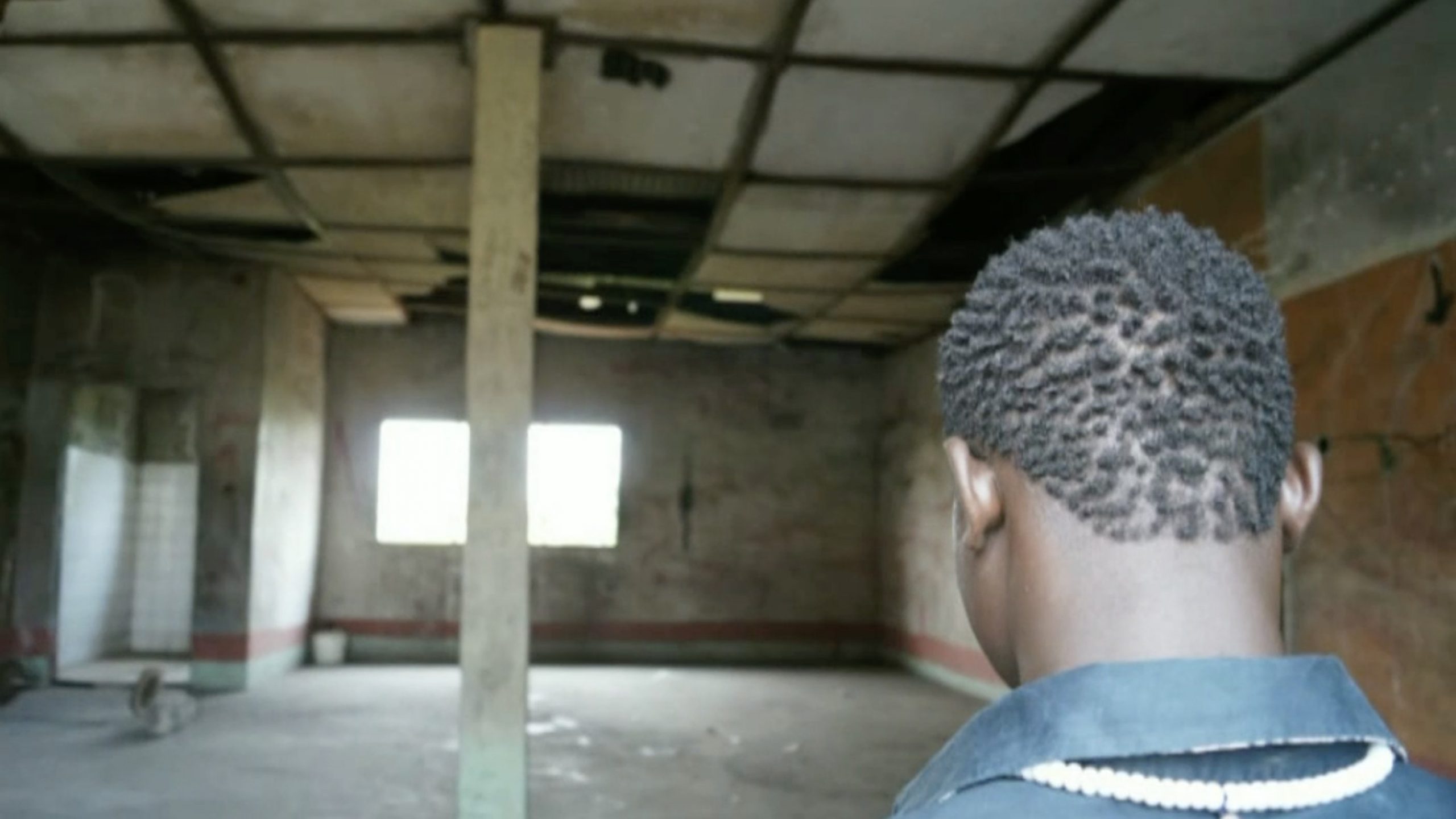 Force dans le Geste (strength in action) is the name of a non-profit-making organization founded by Arnold Ngbagalet. Force dans le Geste equally represents the (musical) trajectory of this young Centrafricain, who flees conflict and finds himself in the maze of one of Africa’s biggest cities. Despite the challenges, Arnold perseveres, follows his dreams and turns himself into an example of hope for migrant youth in Africa.

Through a short film, I would like to introduce you to Arnold and the story of his life. Arnold was born in 1994, a year after the first democratic elections took place in CAR (Central African Republic). As a young child he witnessed the mutinies that would finally bring Patassé off his throne. After a failed coup d’état, Arnold, not even ten, had to flee his home town and was forced to live during two years in the Molè refugee camp in DR Congo. Arnold knows what it is like to be a refugee in a camp. He complained about the food, about the illnesses and about not being able to study properly. He lost out two years of schooling back in 2001-2002.

A decade later, in 2013, Arnold was once again confronted with violence in his country. His life was at risk and he had to flee. Because of the bad childhood memories in the camp, Arnold chose this time not to seek refuge in the very same camp where he had spent two years of his life. In search of opportunities, and especially worried about losing out on his education again, he went to the capital city, Kinshasa instead. The trip from Bangui to Kinshasa is tedious. Arnold had enough money to buy himself a plane ticket from Gemena to Kinshasa (which costs 200$). However getting to Gemena from Bangui is not easy. Loaded trucks travel on muddy roads and spend a week to cover a distance of two hundred and eighty kilometers only. But Arnold was among the lucky ones, many are those who, after travelling by truck, have to continue their journey of over thousand kilometers by river, in very difficult conditions, on boats with no guaranteed security, that risk sinking.

Arnold’s biggest worry and motivation to undertake the trip was to study. As he fled Bangui, he was in his last year of high school, which he did not manage to round up. Unfortunately, the situation in Kinshasa is not much brighter than the one in the camps. Only very few Central African urban refugees are taken care off in the city. According to the UNHCR there is no money. With the little money they have, the UNHCR prefers to focus on camps where they can help more people with less financial means. However, setting camps might not be that cheap either. The logistics are extremely challenging, especially in Northern Congo, where the roads are bad. Camps too must be expensive endeavors. The World Food Program, for instance, had such a hard time getting to the Boyabo refugee camp, another refugee camp in Northern Congo, that nowadays refugees receive money instead of food: Each refugee receives a monthly allowance of 13$ to eat.

The number of refugees in DR Congo is subject to constant changes. According to the UNHCR,[1] there are about fifty thousand Central African refugees in DR Congo. At the beginning of this year there were seventy-five thousand. Of those fifty thousand refugees, there are more or less five hundred in Kinshasa. A minority, a forgotten bunch of refugees of what has been called “The most forgotten conflict on Earth”. The forgotten of the forgotten. Five hundred refugees who have decided to take their destiny in their own hands, but who had also hoped for some support. Alas this is not possible. Life in a refugee camp, built in a place where initially there was no Internet, no electricity, and at the very beginning not even potable water, must not be an attractive option for a young urban man in his early twenties. Nowadays, in the Molè camp, there is a mobile phone antenna and a cyber café for students. The café is a beautiful initiative, but with only a dozen of computers, for dozens and dozens of refugee students, it hardly provides a genuine opportunity to study.

In Kinshasa, I met several refugees who had preferred to come to the city to look for (studying) opportunities. By now, some of them have started to study, thanks to their own means. My closest friends, however, have not been able to do so. They are very worried because they have lost two academic years already, and the third is glooming around the corner. Arnold, luckily, is not among the latter. Because he is a pupil and not a student, he is able to pay the school fees which are considerably less expensive than the university fees. Education in Kinshasa is de facto not public. Arnold is trying to round up his last year of high school, with his own money, well understood.

Besides finishing his school, Arnold has developed a passion for music. While in Bangui, he wanted to become a writer. But he has not acquired the necessary tools to do so, something he attributes to his faulty education. Instead of writing he has turned to music. In the video that accompanies this text you will learn more about Arnold’s philosophy of life, his pleas and his complaints. He has witnessed several attempts to encourage the rule of law in his country. But he has also seen how all these attempts have failed. He, therefore, invites Centrafricans to revise all the reconciliation programs that at the end have not brought any reconciliation. He criticizes the politicians for manipulating the youth in the pursuit of their own interests. He criticizes international organizations for allowing violence to emerge over and over in his country. Yet, at the same time, he pleas these organizations for help. But more importantly, he underlines that it is the people who need to take their destiny in their own hands. Arnold believes that they do not need to do this alone. Africans have one another. Arnolds is a fierce believer of African solidarity.

Arnold also organises Songo Event’s, an online artistic and conversation platform addressing a broad range of topics, including refugees.
Watch here the Songo Event in June 2021 on the theme ‘The Impact of the Arts on the Inclusion of Refugees in the DRC’ (in French).