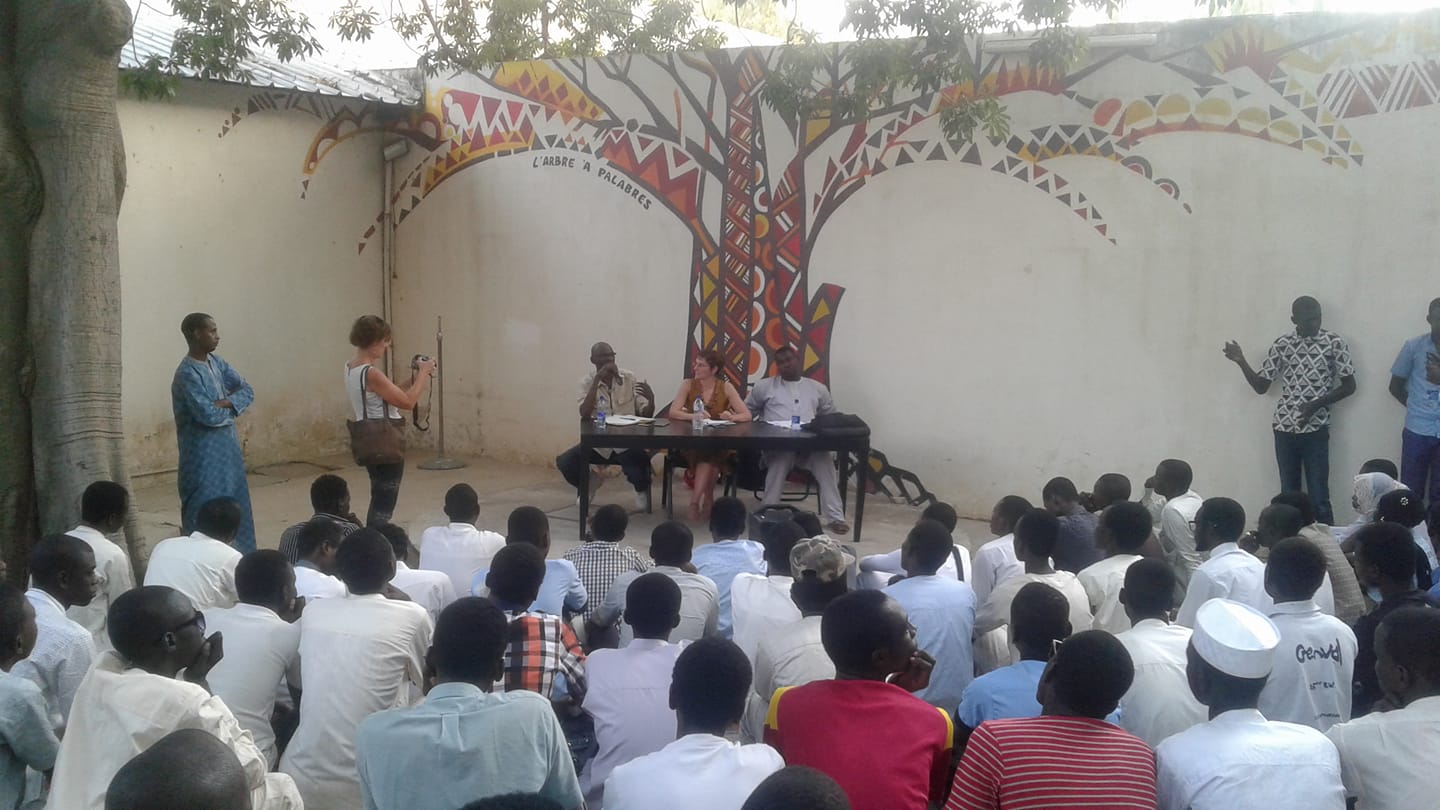 Professor in contemporary history and anthropology in Africa, Mirjam de Bruijn, explores the use academia can make of the digital environment. She works in her teaching and research programmes to an academia that contributes to social change in innovative ways. LeidenGlobal interviewed Mirjam on her current projects.

As an anthropologist Mirjam did research in Africa for over 25 years. In her last research programme (Connecting in Times of Duress) the biographical approach was central. These life stories and insights in changes in Africa needed a much larger audience than just the researcher’s ear. Hence the idea to create a platform for these voices was born and internet /the digital environment offered the opportunity to do so. A new initiative started: Voice4Thought.

One of the initiatives born out of Voice4Thought is Bridging Humanities, a new multi-media online publication platform, created in collaboration with the editing house Brill publishing. Bridging Humanities aims to experiment with alternating forms of academic knowledge production in the digital age.

Within a few years of its existence, Voice4Thought has organised a number of events and festivals to bring together voices from the fields of arts, education, activism and the academic world. Nevertheless Mirjam stated that festivals should not be the main focus of Voice4Thought. Artists from Senegal came up with the idea of a new kind of education. This became the foundation for the Voice Academy.

Voice Academy is a vehicle to give voice to people who are neglected in important decision-making processes. It is exactly these neglected actors who are often the focus of discussions, but who are unaware of the decisions that others make about their lives. Among others, these are unemployed youth, (political) refugees, trade unionists, and minorities like people with disabilities and gender and sexual dissidents. With the Voice Academy, Voice4Thought wants to stimulate these ‘forgotten’ people to restore their dignity and increase their citizenship, offering them skills necessary to be heard and included in decision-making processes. The first edition of the Voice Academy, now in the form of a ‘rencontre’ was held in November 2017 in Dakar (photo on this page). It was a successful ‘rencontre’ that gave the organisers the energy to develop the Voice Academy further.

This October Voice4Thought organises an event in Leiden with the concept of Voice Academy.  The aim is to reach the youth in Leiden. This ‘V4thought rencontre’ is developed in collaboration with BplusC and artists from Paris, Dakar, Leiden and Amsterdam. Courses will be organised in filming, blogging, design/cartoons, a debate will relate to ‘positive anger’, and the event will be closed with a concert. The theme, Positive Anger, wants to turn the debate about divisions in society towards a positive energy. Let’s use our anger to develop a better world!

Mirjam believes the future lies with the university students. She wants to teach them how to bring their knowledge and research to the people and she hopes to encourage them to help with reaching out to those whose voices are not heard. She believes that students and academics have a task to spread their knowledge, not only in, but also outside of their academic circle.

This article was previously published in the LeidenGlobal newsletter.