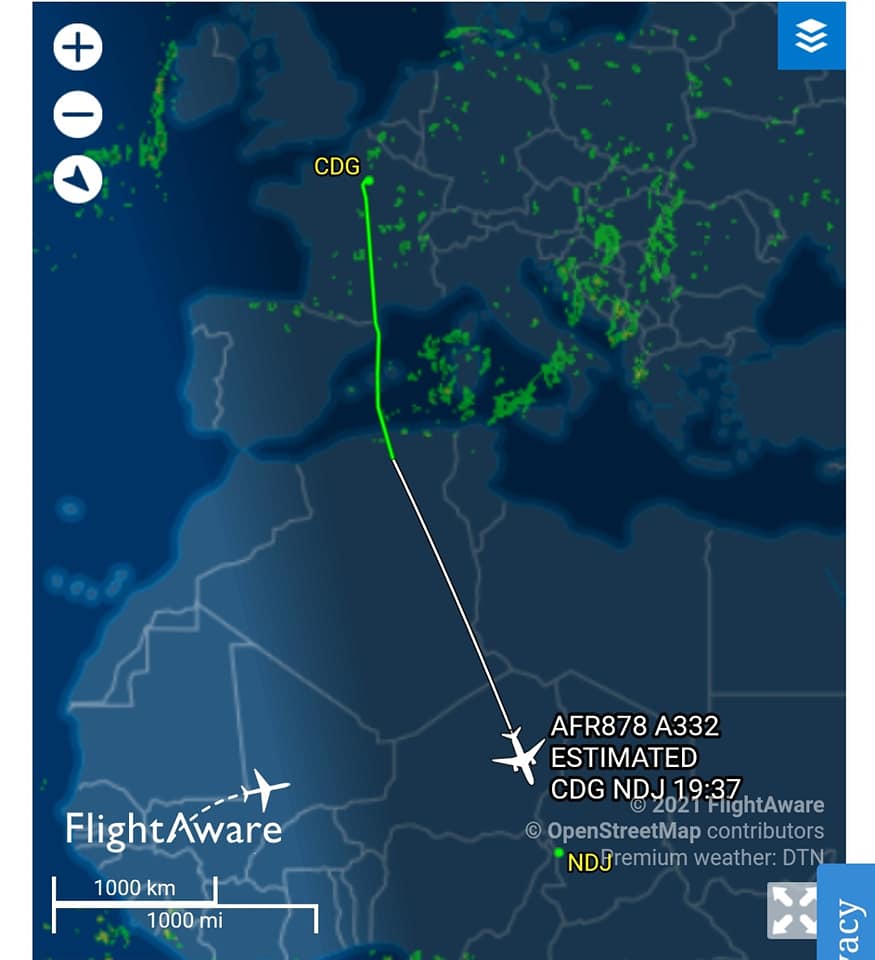 A huge crowd gathered at the main entrance of the Hassan Djamouss international airport in N’Djamena on Sunday evening. Not a dream anymore but finally a reality, the return of the activists has made a lot of noise on the web in recent days. Comments are going in all directions. Images from the airport show a jubilant crowd.  “One dialogues with someone with whom one disagrees on a certain number of things, otherwise it is a monologue”, said  Succès Masra, the outstanding opponent of the Party Les Transformateurs after his meeting with the late President Idriss Deby Itno which had made a stir before Deby’s death. Masra remark finds all its meaning here. It is more or less in this perspective that four political activists, after years in exile, have decided to return to their native Chad to participate in the inclusive national dialogue that will take place in a few months.

Chad is living at the pace of a political transition. President Déby died at the front, leaving a void that was filled by one of his sons, General Mahamat Kaka. For many observers and political opponents, this transition is being carried out by an illegitimate military junta. Among the fierce protesters against the military junta’s seizure of power are these four activists. According to Makaila Nguebla, Abel Maina, Tahirou Hissein Dagga and Habib Ben, “participating in the process of inclusive national dialogue, particularly national reconciliation” is an important step for everyone in Chad.

The past few days, the Chadian Military Transitional Council led by Déby’s son has also reached out to more than 300 former rebels and gave them amnesty so they can participate in this national dialogue. The four Chadian activists could not let pass this unique opportunity to have their voice heard. “We felt concerned by the call to participate in the national dialogue, which is why we decided to respond favorably,” says Makaila Nguebla.

Return to Chad, but is security guaranteed?

The regime of Deby Senior is well known for the human rights abuses that continue to this day. Will all these political activists be safe? The concern of the activists’ families, friends, and colleagues is more than legitimate: the Deby regime remains a rancorous regime. Yearly reports from local and international human rights organizations have not prevented human rights abuses in Chad. But Makaila Nguebla remains optimistic: “The word given by the President of the Transitional Military Council is already a fundamental guarantee that has allowed us to return.” From the side of the government, the Secretary of State for National Reconciliation, Mr. Katnaguar Aimé, said: “The policy of holding hands advocated by the transitional government is a good one. I think that these brothers who have decided to return to their homeland in a responsible manner have understood this.”

The return of the four political activists was made possible by the visit of the president of the Transitional Military Council, Mahamat Idriss Déby Itno, to Paris on November 14. He had a private meeting with the Chadian activists, who requested their return to Chad to participate in the inclusive national dialogue.