Banned demonstrations in Chad, the routine of power 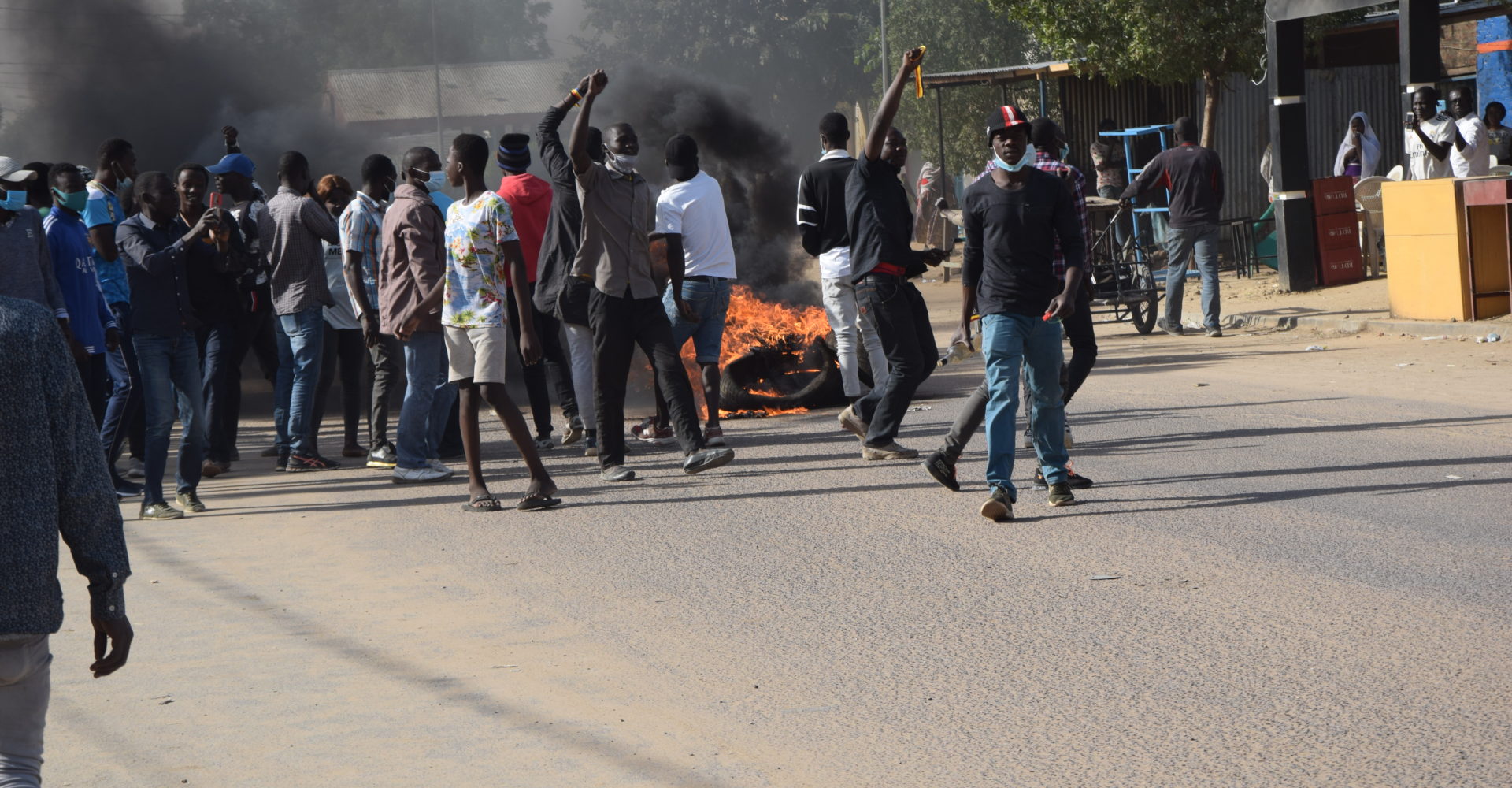 A February 6th of all contrasts in Chad and mainly in the capital N’Djaména. On the one hand, a president is invested by his party to run for a 6th (!) mandate and on the other hand, a protest is felt by an angry population during the demonstrations. Demonstrations called ‘The People’s March’ by the organisers, harshly repressed, not surprisingly.

February 6, 2021 would undoubtedly have been a day in its own right for the beginning of this year, an election year in Chad (April 11). President Deby, who has been in power for more than 30 years, has been nominated as a candidate by his party the MPS (Patriotic Movement of Salvation) for a probable 6th term (since the entire administrative machinery is devoted to his cause). A ceremony passed over in silence because of the major news on that day, “the march of the people”. Since the beginning of the coronavirus pandemic, all demonstrations have been banned because of Covid-19. Only Deby has the right to draw crowds, even to take a crowd bath during his numerous tours throughout Chad, but not the others (opponents and any other demonstration that is not sympathetic to his cause). Thus, opposition and civil society parties are systematically banned from their activities by the authorities for reasons of covid19. The brand new opposition party “The Transformers”, whose legitimacy the Deby regime refuses to recognise, decided to organise a peaceful march on the same day of the nomination of President Déby as candidate for his party in the next elections. The idea was based on the assumption that it would be impossible to allow one public event to pass and ban another. As usual, the interior minister is using a decree devoid of any logic to ban the “People’s March”, the commemoration of the disappearance of Chadian opponent Ibni Oumar Mahamat Saleh, who disappeared in 2008, organised by the Citizen Movement Le Temps and the demonstration of unemployed graduates on the grounds of “disturbing public order”. While the Citizen Movement Le Temps held its event online, others called on the population to march. The ‘Transformers’ movement had strong support from civil society, including Mahamat Nour Ibedou of the Chadian Convention for the Defence of Human Rights (CTDDH) and Chadians in the diaspora. Early in the morning of 6 February, it was the Farcha district in the1st arrondissement which began ‘hostilities’, little by little the other districts followed suit. It was with tear gas that the police tried to disperse the demonstrators, but in vain. It was not until late in the day that a lull occurred. Regarding the outcome, it should be noted that 14 people were arrested, according to the spokesman of the national police on Monday in front of the media. Among them are Mahamat Nour Ibedou and Fatimé Soumaïla, the treasurer of the Transformers movement. The opponent Masra Succès, for his part, has taken refuge at the embassy of the United States of America where he is at the time of writing. In addition to this, many people have been injured. Idriss Déby continues to betray his commitment to his people, the people to whom he promised “Freedom” in 1990, the year he took power by force against former President Hissein Habré (now in prison in Senegal). In 30 years of undivided reign, demonstrations relating to any social or political demands are systematically prohibited by the Chadian authorities, although the laws allow it. “Freedom of opinion and expression, communication, conscience, religion, the press, association, assembly, movement and demonstration are guaranteed to all,” states article 28 of the constitution of the Republic of Chad. After 30 years in power, the only language that the president of Chad knows is that of violence. The judiciary is used for political purposes, since it is headed by an executive power that is not dissociated from that of the judiciary. By desperately wanting to stifle all discordant voices and not open up the political space to Chadians of all stripes, the Deby regime not only places Chad among the worst performers in terms of democracy and human development (HDI) in the world, but also creates unrest in its own country. There is no justification for repeatedly banning peaceful demonstrations in a country that claims to be democratic. Yet Déby himself acknowledges the shortcomings of his system of governance through numerous media releases.