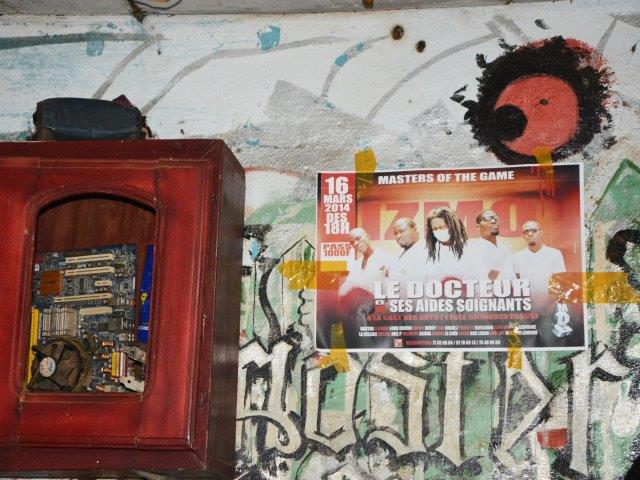 Izmo le rapologue, Izmo the rapper feels himself happy in the studio, where he tries to realise his protest music. He is a rapper and protest singer. He makes his music and organizes his concerts to reach out to the young.

He believes in the revolution: it has to happen. Such stance in present-day Cameroon is not easy. He feels oppressed and not free to sing and act as he likes. Soon he will be father of a daughter… a few years after he lost a daughter. As a consequence of the blocked road for the president he could not reach the hospital in time. His rage is real.