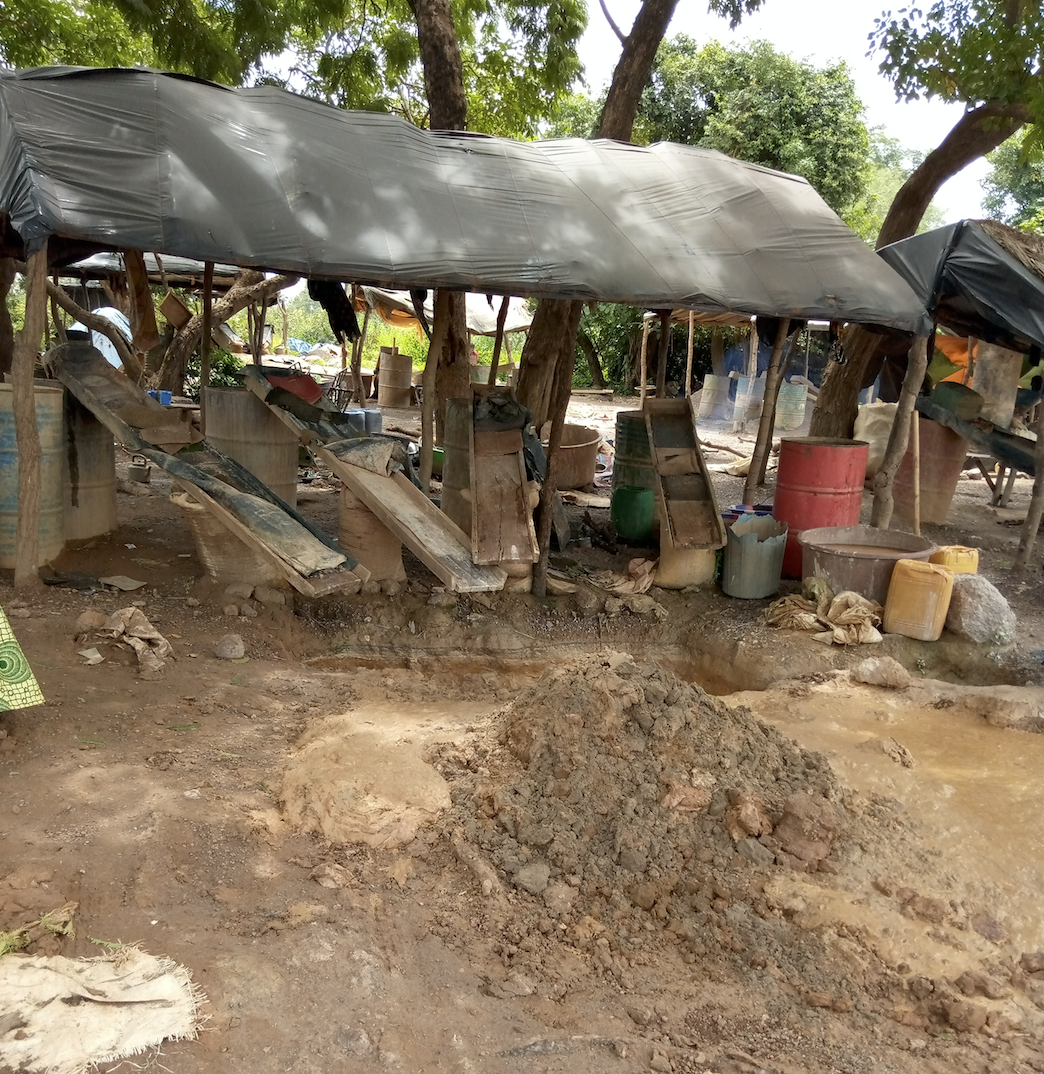 Gold mining has been an important research topic in the Bougouni region. The activity of gold mining has many social and economic consequences. Here, we present a series of blogs which explore this. In this first part of the series, the blogs deal with the issue of pupils dropping out of school to work on the gold minings sites and the consequences the industry has on the environment.

The second part of the training of the Voice4Thought Academy is a continuation of the first training, which started on Tuesday 8 September 2020 at the Yanfolila Youth Centre. This part is largely devoted to a field training course on the theme of school dropouts by pupils at the expense of gold mining sites, a subject that was not chosen by chance given the rapid development of gold mining sites in the region. Indeed, the state of Mali has been committed for several decades to make the right to inclusive quality education a reality, and make education a priority. The Education Orientation Law enshrines compulsory education for all children aged 7 to 16, and reforms of the education system reflect this commitment.

The Yanfolila circle is no exception to this commitment

But in the current context marked by a boom in our circle, a new phenomenon has appeared and seriously compromises the schooling of children: the rush of schoolchildren to gold mining sites. This phenomenon is taking on increasing proportions to the point where it has become a concern and a challenge. The results of our investigations show that there is no doubt that gold mining as it has developed in recent years in the city of Wassoulou has had a particularly negative impact on the education system, leading to dropping out of school, poor attendance, worsening of school failure, etc.

Worse, we note the total inertia of parents’ associations, municipal authorities and all the other actors concerned, who are unable to stop child labour on gold mining sites. According to the former mayor of the Wassoulou Balle commune, Mr Issa Sangare: “The causes of the abandonment of classes by pupils in favour of gold mining sites are known to all. We can cite among others the incessant school crisis, the search for easy profits, poverty in families, the excessive ambition of young people.”

According to the information we have gathered, if the causes are known, the consequences are clearly visible in our municipalities, among which we can cite: the worrying evolution of juvenile delinquency, theft, drug consumption, prostitution of girls, not to mention the murderous incidences of young people in the gold pits. The community most affected is Guaniaka (with more gold mining sites in the Yanfolila circle). However, some citizens remain sceptical about the harmful effects of this practice. They praise it. For them, the only quick way to cope with the financial difficulties is to go to the gold mining sites. In the words of one parent, he believes that “the practice of gold mining is part of the Wassouloukes’ DNA, so it is impossible to put an end to it.” The Malian state in collaboration with communal and customary authorities must rapidly set up advocacy groups to question the various actors on the gravity of the phenomena. Let them analyse and carry out awareness-raising actions in this direction. There is an urgent need for joint efforts, from the parents’ association to the state, municipal and even customary authorities, to find a definitive solution, to do everything possible to deal with this phenomenon, and finally to enable children to return to the classroom.

Gold mining, a danger for the environment and agriculture

Due to its favourable climate and its seasonal production of food crops, the Sikasso region is now considered Mali’s breadbasket. The Yanfolila circle with its generous land and favourable ecosystem takes up a considerable part in this statistic.  Indeed, the main activity of the 12 Communes of the Yanfolila circle is essentially based on agriculture and fishing because to its river Balle.

However, it must be recognized that another phenomenon is beginning to gain ground, which is none other than artisanal gold mining. At least a dozen gold mining sites are located in the circle, an activity that is certainly lucrative in the short term but too harmful to the environment and considerably threatens the country’s food self-sufficiency. Among the consequences are the destruction of arable land and aquatic ecosystems, the pollution of underground surface water, the use of active labor to the detriment of agriculture, and the gradual decline in agricultural yields. Fisherman Mr. Moussa Konta alarms the authorities during our interview with him: “If we do nothing against the practice of gold mining by dredging on the River Balle and the ban on the use of chemicals, there will be no more fish in the river in the next ten years.”

The Malian State must quickly take legislative measures to prohibit the use of dredgers and chemicals on gold mining sites in order to preserve what little we have left of this fabulous gift from heaven and enhance Mali’s agricultural wealth.