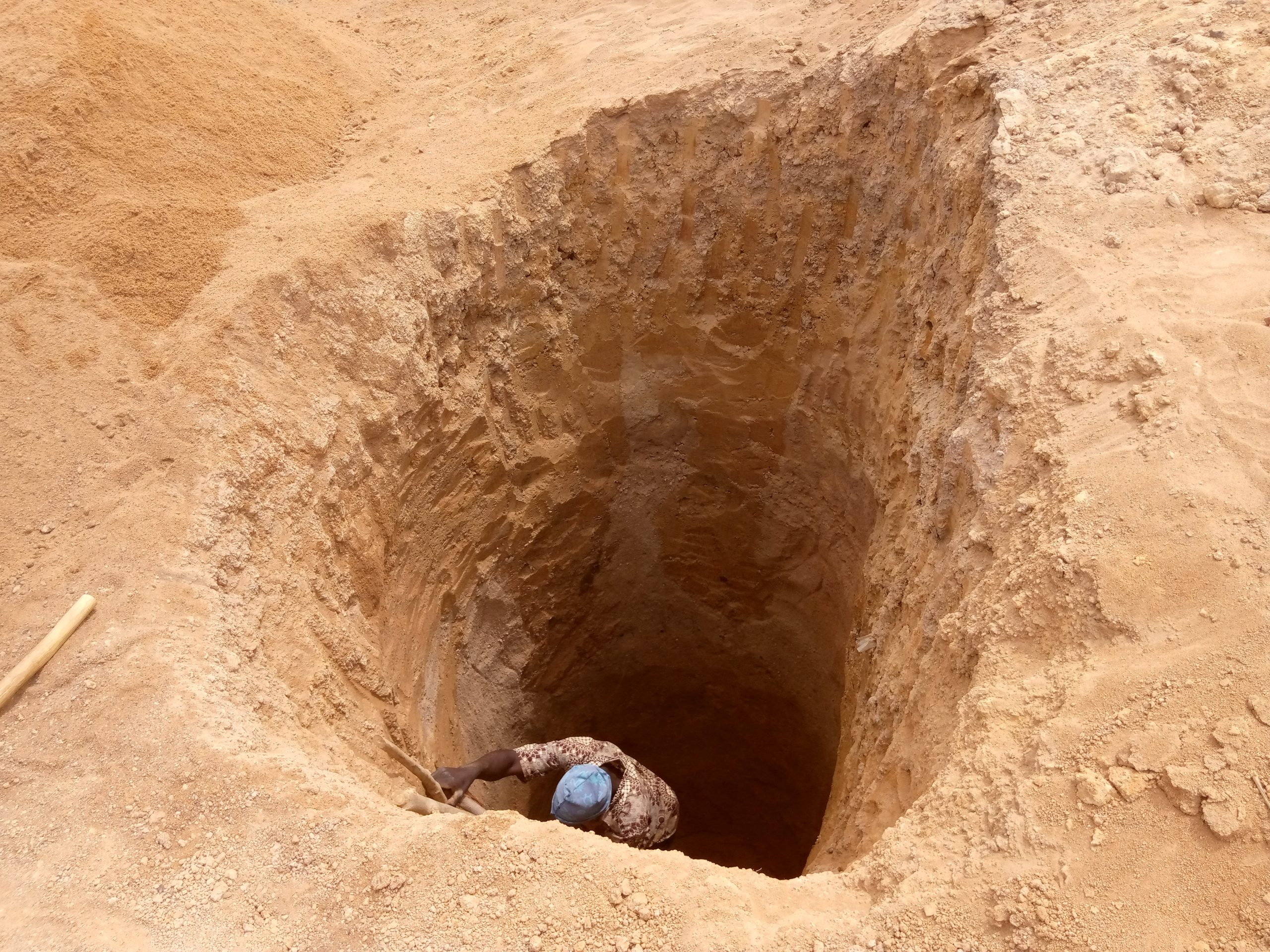 Gold mining has been an important research topic in the Bougouni region. The activity of gold mining has many social and economic consequences. Here, we present a series of blogs which explore this. In this second part of the series, the blogs deal with the issue of teachers abandoning their classes to work in the goldmines, prostitution and practices of bandits in the sites.

Teachers abandoning their classes to work in the gold mines

Nowadays, more and more teachers are working on the gold mining sites. This act is very dangerous for our Malian education system, given that the teacher is an educator and contributes to an important part of children’s futures. However, several factors are behind this abandonment by teachers in favour of gold mining sites. They are always victims of salary delays and teachers have less bonuses, unlike other corporations. It was noted that teachers have no other legal source of income other than their meagre monthly salary, hence the statement by a teacher, Moussa Sidibé: “Today, Malian education is the least of the concerns of our authorities, which is why the teaching profession is considered less important in this country. Teachers are still deprived of their rights.” Taking into account the various factors and causes that disadvantage teachers throughout their careers, we can say that these are valid reasons why teachers generally end up on gold mining sites.

Sogola, Bougouni. The person photographed is not the interviewee mentioned in the text. © Voice4Thought Académie

Many girls and housewives of various ethnic groups and nationalities in the Sikasso region, more precisely in the Yanfolila circle, abandon school, homes and families to find themselves at the heart of prostitution on gold mining sites. There are many reasons for these girls to prostitute themselves on the gold mining sites. There are those who have abandoned the benches independently. And others who have been sent by their parents because they lacked the means to provide for their families. On the other hand, we have those who leave their families to avoid early marriage, some of them because of a lack of financial means.

A trade for others

The oldest profession in the world has a direct impact on the unexploited areas because the girls tend to compare themselves financially. This is not a simple thing because by dint of having everything, we end up surrendering ourselves, says a light skinned Nigerian girl who prefers to remain anonymous: “When I was coming, I was told that I was going to work in a restaurant and to my great surprise I was told that a gentleman needs me in the room. ‘I have already settled with your boss’. I ask: ‘what is it about?’ And he takes me out one night and from that moment I understood that it was a trap on the part of my boss. After that night, I couldn’t stop because I could easily find money without making too much effort. And that’s what I do every day.”

There are also small marriage contracts commonly known as ‘Fourou Lounkourouni’. “It is usually performed by divorced or widowed women and slightly older men just to avoid prostitutes”, says Moussa, a clandoman who prefers Fourou Lounkourouni. “I would rather convince a woman to live with me for a while than commute between girls that everyone touches. Because here on the sites it does not cost anything to have a woman all to yourself”, he says.

Young girls are the most exposed in this context. It must be said that traditional gold mining has become the main source of income for the Wassoulou population. “When it comes to women, foreigners take first place on the gold mining sites and are ready to pay any amount to satisfy their libidos. They are more and more ready to be candidates on the gold mining sites. For some young people purity does not rhyme with the discovery of the precious metal”, says Moussa.

Yanfolila, Bougouni. The women photographed are not the women mentioned in the text. © Voice4Thought Academy

Banditry on the gold mining sites

In Mali, banditry was rampant in urban centres and its increasingly beginning to spread to gold mining sites. There have been rumours that gold miners are earning a lot in their day-to-day activities. We are witnessing quarrels between the miners that have led to death. Today, gold panning sites are experiencing another form of insecurity with armed attacks by bandits, theft, robberies, criminality etcetera.

According to the testimony of an old man: “Nowadays, we live in an untenable situation because the bandits just come into our bedrooms to rob us of our possessions. They are always armed and come at undue hours to finally force your hand. Be careful. If you resist them, they will kill you mercilessly. We have drawn the attention of the local authorities to these practices. For us, there is a passive complicity between these bandits and the authorities. If nothing is done to stop this violence, the country is likely to experience widespread insecurity, because there is little room for manoeuvre between its bandits and the terrorists who take advantage of this situation to sow disorder in Mali. It is time for the authorities to take important decisions to secure these gold mining sites.”

Banditry has created a lot of negative impact in society, because in the gold mining sites many young people take drugs and alcoholic beverages to rob and murder people. They are therefore at risk of fuelling violence and criminal networks. They execute individuals who as suspected of banditry at the edge of the sites. More specifically, in the community of Wassoulou Balle, gold mining has led many young people to drop out of school and bring delinquency back into the circle. We are still waiting to hear about robbery and theft by people in the community, in addition to the violence and banditry that are evident on the gold mining sites.

So nowadays, gold mining sites have become places where theft, crime, delinquency and robberies occur, as a way for people to earn money to support themselves.