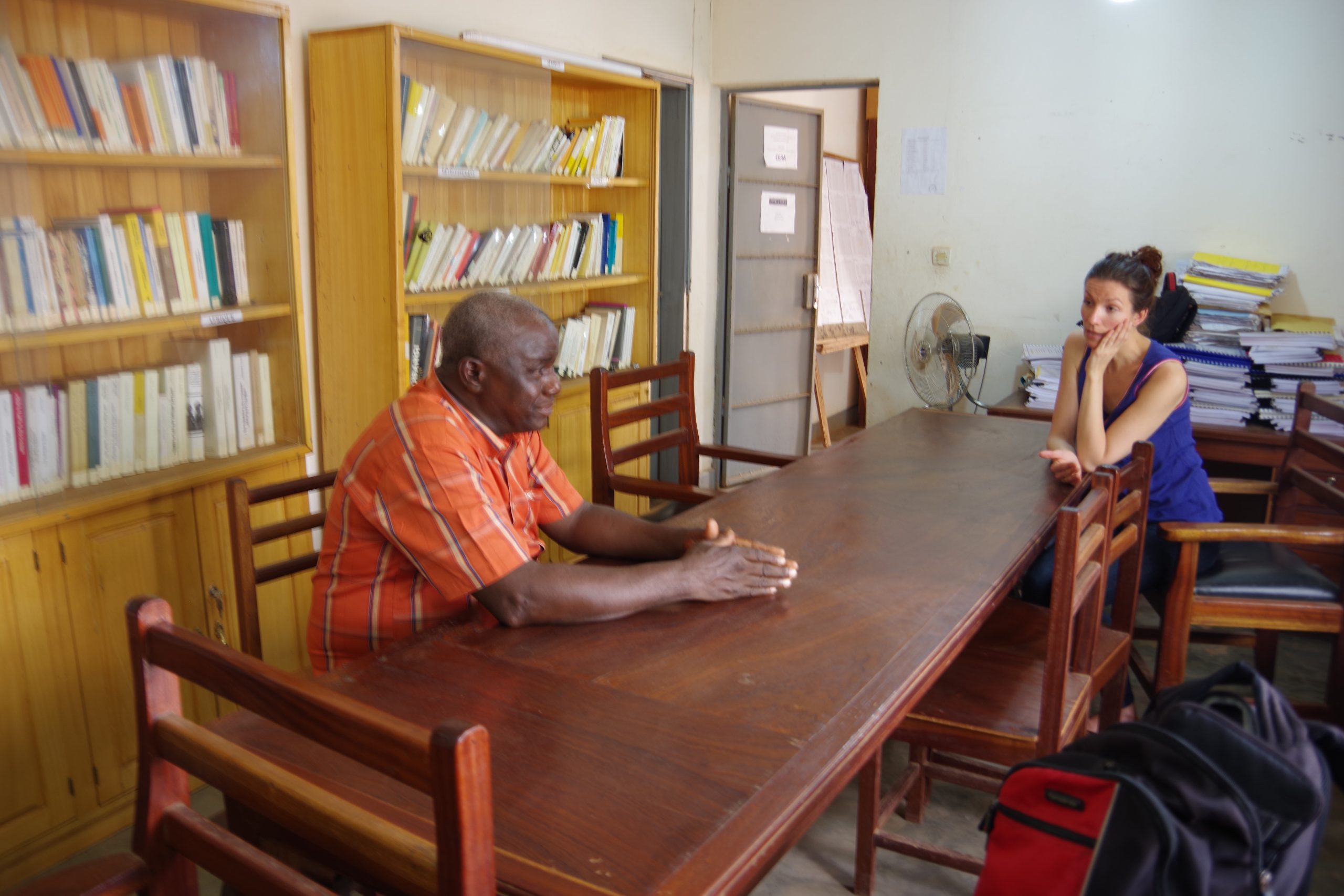 From August 2007 until January 2008 I undertook research in N’Djamena, Chad for my Research Master in African Studies when I encountered a small group of young women from the Central African Republic (CAR). They had fled the CAR in the aftermath of the military coup by Bozizé who deposed president Ange-Félix Patassé in March 2003. They spoke of sexual abuse by those on whose aid for transport they were relying to flee the country. As part of a larger study I conducted research on how they tried to make a living in N’Djamena (for the thesis click here). After finishing my Master’s I worked with refugee students in the Netherlands and later conducted a PhD study on youth in post-conflict Yumbe District, north-western Uganda. In 2015 I started working for the research project ‘Connecting in Times of Duress’ headed by Mirjam de Bruijn at the Institute for History, Leiden University.

When the coup of 2013 took place in Bangui and disorder and violence ensued I had to think about those women I met in Chad, a previous generation of refugees and youth from CAR that had been affected by violence. The event raised questions of continuity; questions about generations of children and youth in the country affected by conflict. In this current project I would like to add a historical layer to our understanding of young people in conflict in the CAR and would like to understand how the experience of conflict by different generations in their youth has informed the social fabric and individual life histories. While this may sound as a heavy subject I hope to also find stories that give hope; I have already encountered a few.