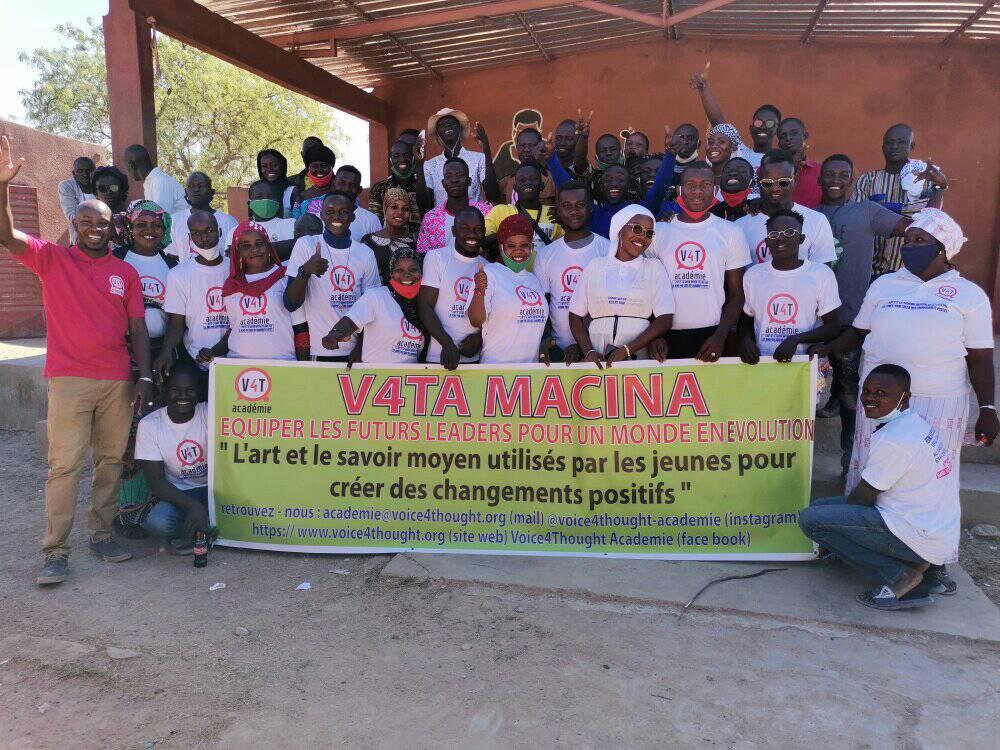 On Tuesday the 5th of January 2021 the festival of the Voice4Thought Academy (V4TA) project took place at the Kolongo Youth House. It was the annual restitution of the activities that the NGO has been able to carry out with all of the youth of Kolongo.

On the first Tuesday of the new year the first festival of the V4TA project took place in Kolongo. The festival started at 10.00 am. All the authorities responded to the invitation. The programme was based on the presentation of the project, to make the public discover the hidden talents of the youth of Kolongo, to involve the authorities present, and especially to show the population the talents developed with the help of the V4TA project with the support of these trainers. Among the authorities present were the sub-prefect of the district of Kolongo, the mayor of the commune, the head of the village, the president of the district council, the coordinator of the PSRL project, the director of the youth service.

They all emphasised that it was a first time to see a youth project succeed to such an extent and they all wished for continuity. During the performance of the young people trained by V4TA, the message conveyed was crucial. The young people denounced, raised awareness and advised the public on subjects such as conflict between communities, growing insecurity, youth unemployment and drug use, corruption and bad governance. Raising awareness on the covid-19 pandemic, early marriage of girls, living together through performances of sketches and slam. One could read in the spectators’ eyes the astonishment mixed with satisfaction. The president of the youths testified in his speech all the good that V4TA brings: “Since the arrival of this project, our young people have found each other again, which was not the case because of the tensions between us, linked to the elections in the youth bodies.” The director of the youth service will say in turn: “This activity is like the cultural weeks of yesteryear when young people from different localities used to meet in joy and harmony. But the state has stopped financing these activities, so it is a great pleasure to see the restoration of these activities thanks to V4TA.” The ceremony ended at 2:00 pm with the encouragement of the sub-prefect and a thank-you note to the V4TA project. Long live the youth of Mali in general and that of Kolongo in particular.