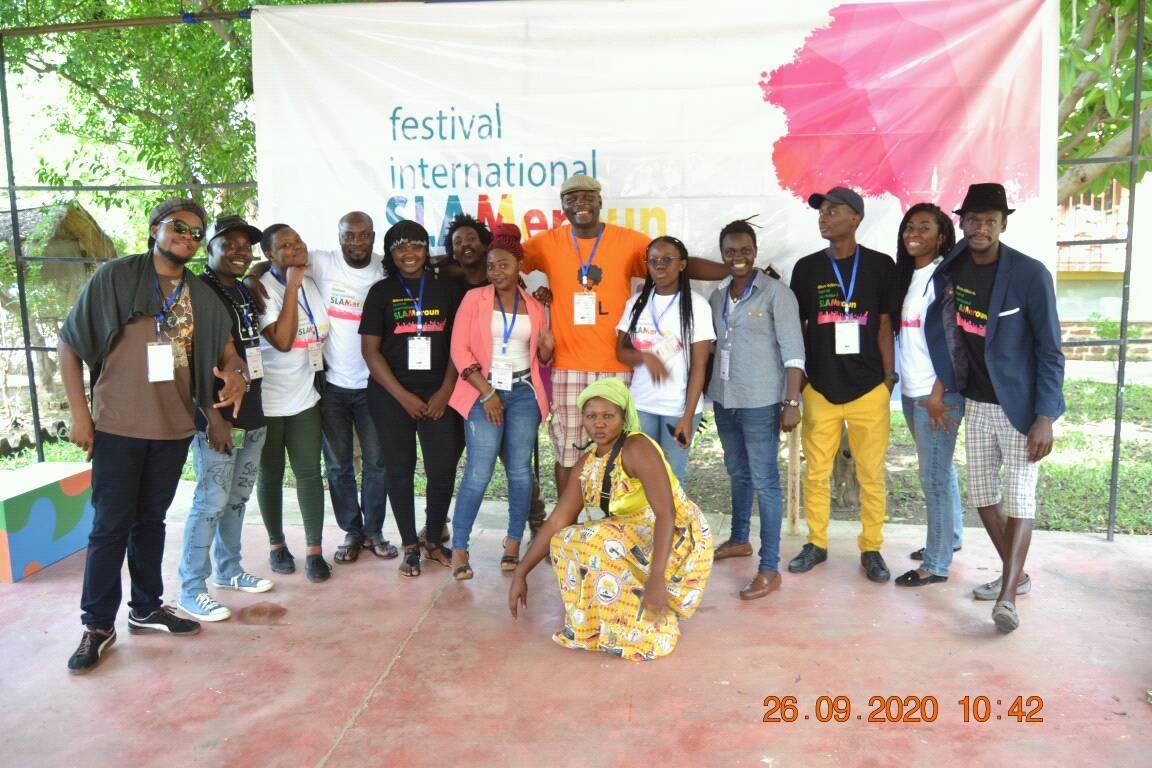 This second edition was a joyful celebration of words in which the slam artists from Cameroon, Chad and Nigeria took part.

The International Slameroun Festival held from September 24 to 26, 2020 in Yaounde and Garoua (Cameroon), has succeeded in its bet: to offer the public a week of festivities around words and speech, in the midst of the pandemic, in the cities of Yaounde and Garoua, without the coronavirus managed to spoil the party. The bet was a bold one because this year the spread of Covid-19 in Cameroon has repercussions on the holding of many cultural events. “It was almost unimaginable for us to have international guests or even to be able to get together, but we had two internationals, Basiru Amuneni from Nigeria and Djemi from Chad and two big days full of activities in Garoua. The balance is rather positive,” says Faithful Baana Enono Arnaud, director of the Slameroun festival.

Through its theme, “Women in Art”, this second edition of the Slameroun International Festival allowed to reflect on the place given to women in the artistic world. For whatever her talent, it is clear that women have not always been accepted in the artistic field as “artists” in their own right. In Yaoundé, an exchange panel was held at the Muna Foundation on the theme “The codes of feminism”, while in Garoua the Alliance française hosted the second exchange panel on “The place of women in art in Africa”. In addition to the writing workshops organized at the Blackitude Museum in Yaoundé and at the Alliance française in Garoua, the organizers also took advantage of the shows to promote and celebrate committed women artists who think and create the world of tomorrow and bring together actors and citizens to discover, be inspired and build together a more inclusive and sustainable society!

Among the twenty or so Slamazone artists invited this year, the Slamazone were well represented at this festival and they carried strong messages. The Djemi Slameuses from Chad, Raïssa Foletia and Stefy Vena from Buea, Karolyn, or Free T, were the spokespersons of the female population and slammed with all their soul on the stage of the Alliance française de Garoua. They denounced in their texts the violence against women by the men they gave birth to, the sexism of which they are victims, and castigated the guilty silence of the public sphere in the face of the horrors that many women in Africa suffer. The texts of her Amazons let anger appear, they told of incomprehension sometimes, but above all of hope, survival instinct, faith in the future.

The socio-political context that has been tense for several months in Cameroon has not been ignored by Cameroonian slam dancers during this festival because “slam is perhaps part of the solution,” says Faithful. Faced with all these hazards that undermine peace and social cohesion in Cameroon, the Slameroun festival was a crossroads of experiences, a space of expression where Cameroonian Slamers, affected by the situation their country is going through in the NoSo or the Far North, have stripped their souls without undressing, and have slamed fervently to heal Cameroon of its ills through poetry.

Watch the performances of Karolyn and Djemi: