SLAMeroun festival frees the way for dialogue and peace in Cameroon 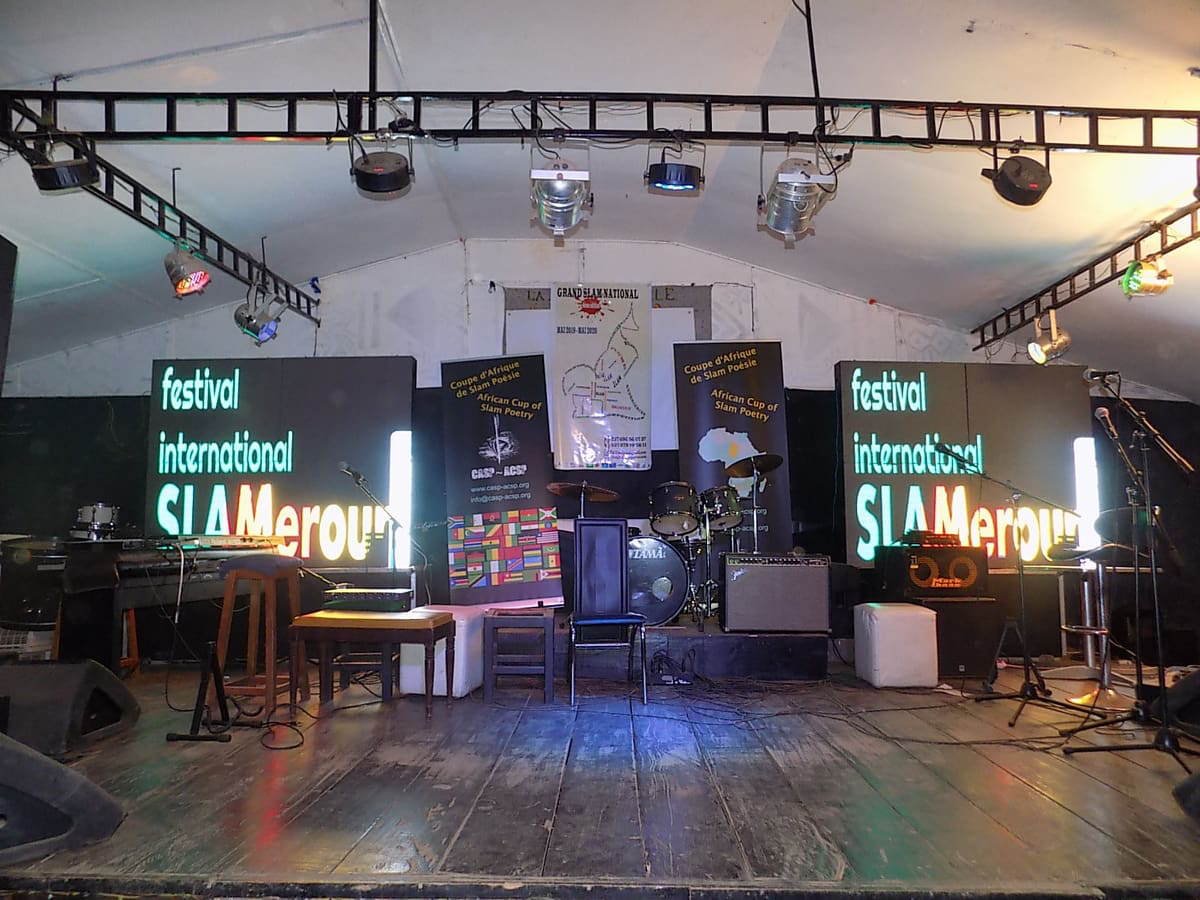 The bet was bold. To organize an international festival dedicated to Slam, in a country where the actors of this public speaking have been fighting for more than 10 years to make their place in the cultural and artistic space of Cameroon and conquer a greater pleasure. The initiative of the organizers of the international SLAMEroun festival was especially beneficial. It operates in a tense socio-political context in Cameroon, in particular by the armed conflict in the North-West and South-West, the two English-speaking regions, by the terrorist threat of Boko Haram in the Far North region and following the imprisonment of militants of the Mouvement de renaissance du Cameroun (MRC) and its national president Maurice Kamto, unfortunate presidential candidate of October 2108. In addition, we also observe a rise in tribal hate speech on social networks and in some media over the past few months. Faced with all these risks that undermine peace, living together and the unity of Cameroon, the SLAMeroun festival was a crossroads of experiences, a space of expression where Cameroonian slammers, affected by the situation their country is going through at the moment, stripped their souls without undressing, and slammed with fervour in order to heal Cameroon from its evils through poetry At the Goethe Institut or at La Case des Arts via the museum La Blackitudethe slammers cameroonians, supported by their colleagues from other African countries, publicly denounced injustices, encouraged living together, conveyed messages of national unity and called for dialogue in order to put an end to the current crisis in the Northwest and Southwest. Slaver Yasser the Black Prince, for example, raised his voice loud and clear at the Goethe Institute to advocate for assistance to the people of the Northwest and Southwest regions trapped between the bullets of secessionists and the national army. In her text “Fotokolofata”, the slammer Dark Spirit focused on the suffering and horror experienced by the people of the Far North, victim of attacks by the terrorist group Boko Haram. “People who are going through hell and our duty is to make this drama known so that they are not put in the drawer of oblivion,” said Dark Spirit. Women were well represented at this festival and carried strong messages. The slamers Mériem from Algeria, Huguette Izobimpa from Burundi, Lydol and Dark Spirit from Cameroon, Djemi from Chad and Fatou Sanogo from Guinea, are the spokespersons for women. In their texts, they denounced the violence perpetrated against women by the men they gave birth to, the sexism of which they are victims and denounced the guilty silence of the public sphere in the face of the horrors suffered by many women in Africa. The texts of his amazons leftanger appeared, they told of misunderstanding sometimes, but above all of hope, survival instinct, faith in the future.

The SLAMeroun festival ended on a note of hope. The hope of seeing Cameroon heal from these evils through words and become again the haven of peace it once was. « We need to talk to each other and forgive each other, we really need a climate of peace,” said Faithfull, festival director. According to him, this is why this year’s theme was chosen to “put Cameroonian youth at the heart of this quest for peace and stability”.