The Sahel between two wars 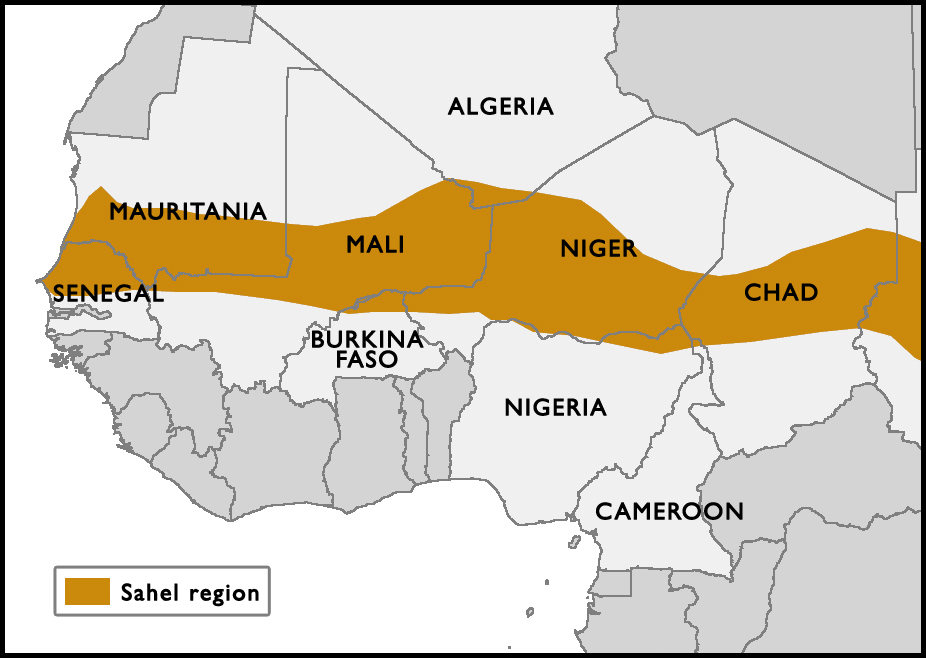 At a time when the whole world has tears to mourn its deaths due to the coronavirus, the Islamic sect Boko Haram has hit the Chadian army, the most powerful in the region, with full force. Same scene for attacks in Mali. Niger and Burkina-Faso remain prey to jihadist attacks.

A few weeks after the kidnapping of the Malian opposition leader in the middle of a legislative campaign, a Malian sub-prefect and two other people were killed by a mine explosion in the centre of the country on Thursday 9 April. Theatre of many clashes, the jihadist groups, not satisfied with each other, are fighting over leadership because each group wants to reign in master causing several casualties in Mali. These repetitive attacks continue throughout the Sahel, such as the most recent one in Burkina Faso where 43 people died in a jihadist attack in early March. Meanwhile, the current challenge in the Sahel remains the fight against COVID-19. These sporadic attacks are forcing the Sahel authorities, who are severely lacking in military and strategic means, to remain on their guard.

Taking advantage of this health crisis with the fear and psychosis of the pandemic that has invaded the country, the Islamic sect Boko Haram took over the Chadian army in an attack on a military base in Bohoma in Lake Chad on March 23. Regarded as one of the deadliest attacks ever by the Chadian army, more than 100 Chadian soldiers were killed, plunging Chad into great disarray. However, the Chadian army’s response was not long in coming. The jihadists were tracked from the Lake Chad region to the countries bordering Chad (Niger, Nigeria). “A thousand jihadists were killed,” according to the Chadian army spokesman, who continued: “Deployed on 31 March, the Chadian army completed its operation on Wednesday, drove the jihadists from its soil and is deep in the territory of Niger and Nigeria, waiting for their troops to take over,” said Colonel Azem Bermendoa Agouna, also an army spokesman. In terms of figures, “1,000 jihadists have been killed, 50 motorized pirogues destroyed,” he told the press on Thursday, April 9. On the government side, the Chadian army spokesman deplored the death of 52 Chadian soldiers during this operation.

This sweep, known as the ‘Colère de Bohoma’, was led by Chadian President Idriss Deby himself, who claims that there is no longer “a single jihadist in the entire island zone,” an area that includes Niger, Nigeria and Cameroon. Idriss Deby continued during a Chadian national television interview: “Chad is alone in bearing the full weight of the war against Boko Haram,” the Chadian president complained.

Idriss Deby, back in N’Djamena after the ‘Operation ‘Wrath of Bohoma’ announces the withdrawal of Chadian military troops outside its borders (Niger, Nigeria, Mali, Cameroon) in the fight against terrorism. This announcement was salutary in Chad because the intervention of Chadian military troops outside its borders is subject to controversy in the country, which is not unanimous. But in countries where the Chadian army intervenes, the consequences are likely to be disastrous, since some have so far had difficulty protecting their borders. One wonders, therefore, how the Sahel will be able to cope with two wars, one against the eternal jihadists and the other against COVID-19?