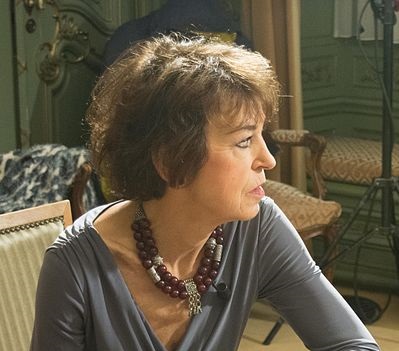 Lieve Joris, who was born in Belgium and lives in Amsterdam, is one of Europe’s leading nonfiction writers. She has written an award-winning book on Hungary and published widely acclaimed reports of her journeys in the Middle East and Africa. Her books about the Middle East include De Golf (The Gulf) and The Gates of Damascus.

In 1985 she set sail to the former Belgian colony of Zaire, where her great-uncle had been a missionary. The journey resulted in Back to the Congo. “For years we have been without a major book about Africa,” the Polish writer Ryszard Kapuściński wrote. “Lieve Joris’ book fills this painful, rather disgraceful void”. Congo became a recurring theme in her work, leading successively to Dans van de luipaard (The Leopard’s Dance), The Rebels’ Hour and De hoogvlaktes (The High Plains). The Rebels’ Hour was nominated for the T.R. Fyvel Book Award. For the French edition of The High Plains, Joris was awarded the Prix Nicolas Bouvier 2009. An extract from The High Plains was published in the winter 2009 issue of The Paris Review. Mali Blues, the account of her travels through Senegal, Mauretania and Mali, gained Joris the Belgian triennial award for Flemish prose (1999) and the French Prix de l’Astrolabe 1999.