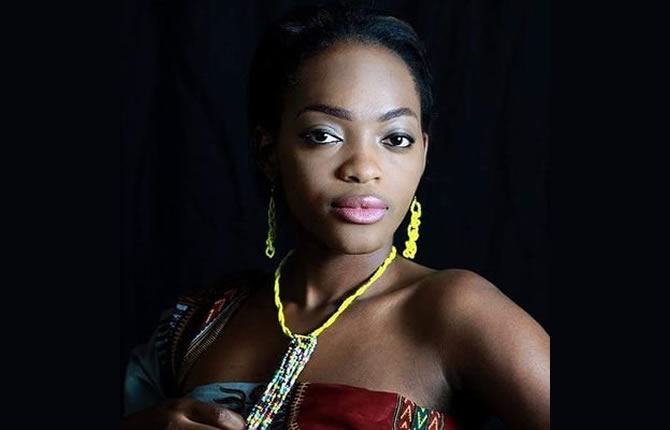 Lydol (real name Nwafo Dolly Sorel) was born in Yaoundé (Cameroun) in 1994. She got involved with music and culture at a young age, and while in secondary school she was introduced to the musical scene. In 2009 and 2010 she ended up in the semi-finals and as the winner of a national competition – the latter in the slam category.

From there, she started performing at many of the city’s main venues such as the Goethe Institut and the Centre culturel camerounais. In 2013, Lydol represented Cameroon in Angola at the Spoken Word Project, and the next year she performed in South Africa at the 18th edition of the Poetry Africa festival. In 2016 she performed slam during the L’Afrique a un incroyable talent competition in Ivory Coast.

Since 2015, in partnership with the Goethe Institut in Cameroon, Lydol is involved with Science Slam Cameroun, organising the event and moderating the workshops. She also moderates the quarterly writing workshop “Style haut à pen” and she leads the jury of the interschool competition Slam school party. In 2017 she participated in the Babi Slam Festival in Ivory Coast and the Scènes expérimentales in Senegal. Lydol is also a member of the 237 Paroles collective.

Lydol is a fan of music, theater, dance and soccer. She enjoys collaborations, and through her work she wants to strive for slam to go beyond the intimate settings of workshops and the slam scene. Her texts are mostly acappella, occasionally accompanied by a background melody emphasizing the text, and sometimes with a chorus that the audience can sing along to. Her pen is often melancholic. Lydol’s venture into slam was not a conscious decision; over time, she just realised that her work can be categorised as such. Lydol launched her first single ‘D’un autre’ in July 2017. It’s taken for the forthcoming EP ‘A Part’ (scheduled for November 2017).

Apart from her career in slam, Lydol is working on a PhD thesis after completing her Masters degree in Economics from the University of Yaoundé.