Opening of the V4T Festival – People in Motion: an inspiring get together! 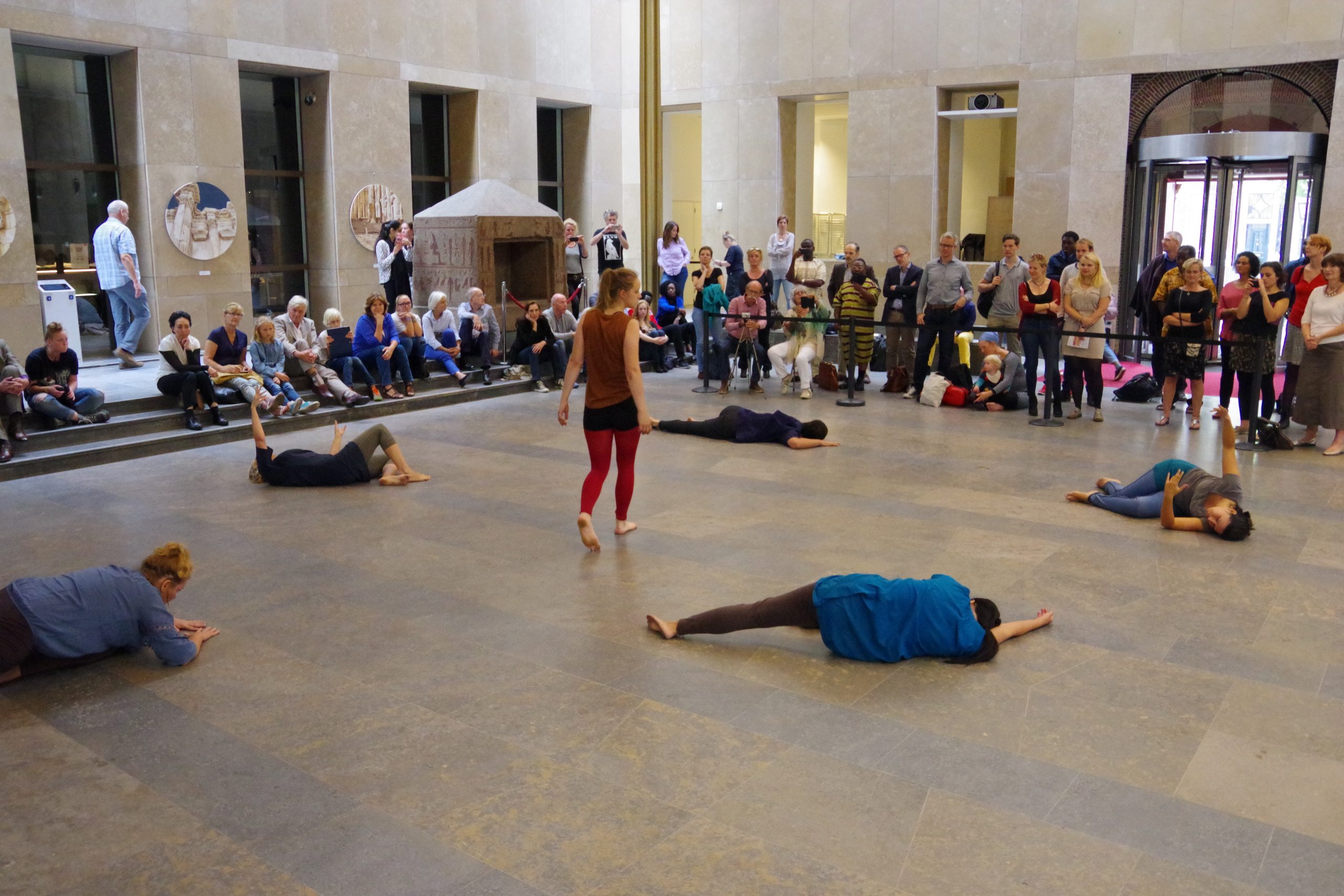 Wednesday, September 21st. The second edition of the Voice4Thought Festival starts with a great opening at the Rijksmuseum van Oudheden‎ in Leiden.

The opening event was an appetising preview of the diverse activities that will animate this second edition. Dance, music and words introduced this year’s theme: People in Motion. From the very beginning of the event it was clear that choice of the theme is related to the currents event of the so-called “refugee crisis” in Europe but should not be intended as limited in the negative interpretation that is, unfortunately, dominant in the media. On the contrary, the festival strives to highlight all the experiences, crossroads, and possibilities of creativity that lie beyond the movement of people in our age.

The activities of the opening reflected this feeling in the most optimistic way, in a colourful and original get together in the evocative location of the museum of antiquities.

The event was opened by Mirjam de Bruijn, professor at Leiden University and general manager of Voice4Thought. With her contagious enthusiasm and with simple words, she synthesised the questions that raise from the theme of the festival and that will be the backbone of our activities in the next days:

The Movement of people is one of the main constant factors in human history. It creates change and development. Why is it then that we feel the need to label “people on the move”? Who chooses these labels? Who decides to call another person a migrant, an expatriate, refugees, or as belonging to a diaspora? It turns people into strangers, ‘the other’, It turns them into enemies, people to control.

On the other hand, being in motion highlights differences between where one comes from and where one goes to. Differences which are sometimes not easy to overcome. But we should not shy away from this difficulty, we need to face and address them, discuss and debate about differences and similarities. During this festival artists, human rights advocates, policy makers, and academics – each with their own knowledge and viewpoint – contribute to a reflection about ‘people in motion’ and the creativity which makes us move… together, … why not to a ‘better’ future?

This introduction was followed by a dance performance by Ita de Hes. A Leiden based choreographer, she worked with 6 non-professional dancers elaborating the theme of motion in the performance “Onderstroom”.

Mirjam welcomed then Joumana El Zein Khoury, the new director of the Prins Claus Fund. Joumana gave a special contribution to the opening by reflecting on the meaning of being in motion starting with her personal life experience as a person in motion herself. For reading the full text of Joumana’s speech, click here.

Yaya Sarria, dancer and choreographer from Chad, and artistic director of the Dance Festival Souar souar in N’djamena, offered us an outstanding performance inspired by the Peul, the nomadic people from the Sahel.

Aphroditi Zoulfoukaridis from Leiden Global and Ton Dietz, the director of the African Studies Centre Leiden, both partners of Voice4Thought in this Festival, gave a welcome speech remarking the importance of talking and producing knowledge about people in motion both from a cultural and human point of view.

Las but not least Didier alias Mtato Did’s, guest artist from Chad, closed the event with the cheerful sound of two songs he composed especially for the festival.

…Stay tuned for the coming days of this festival!