Our Man/Woman in Mali 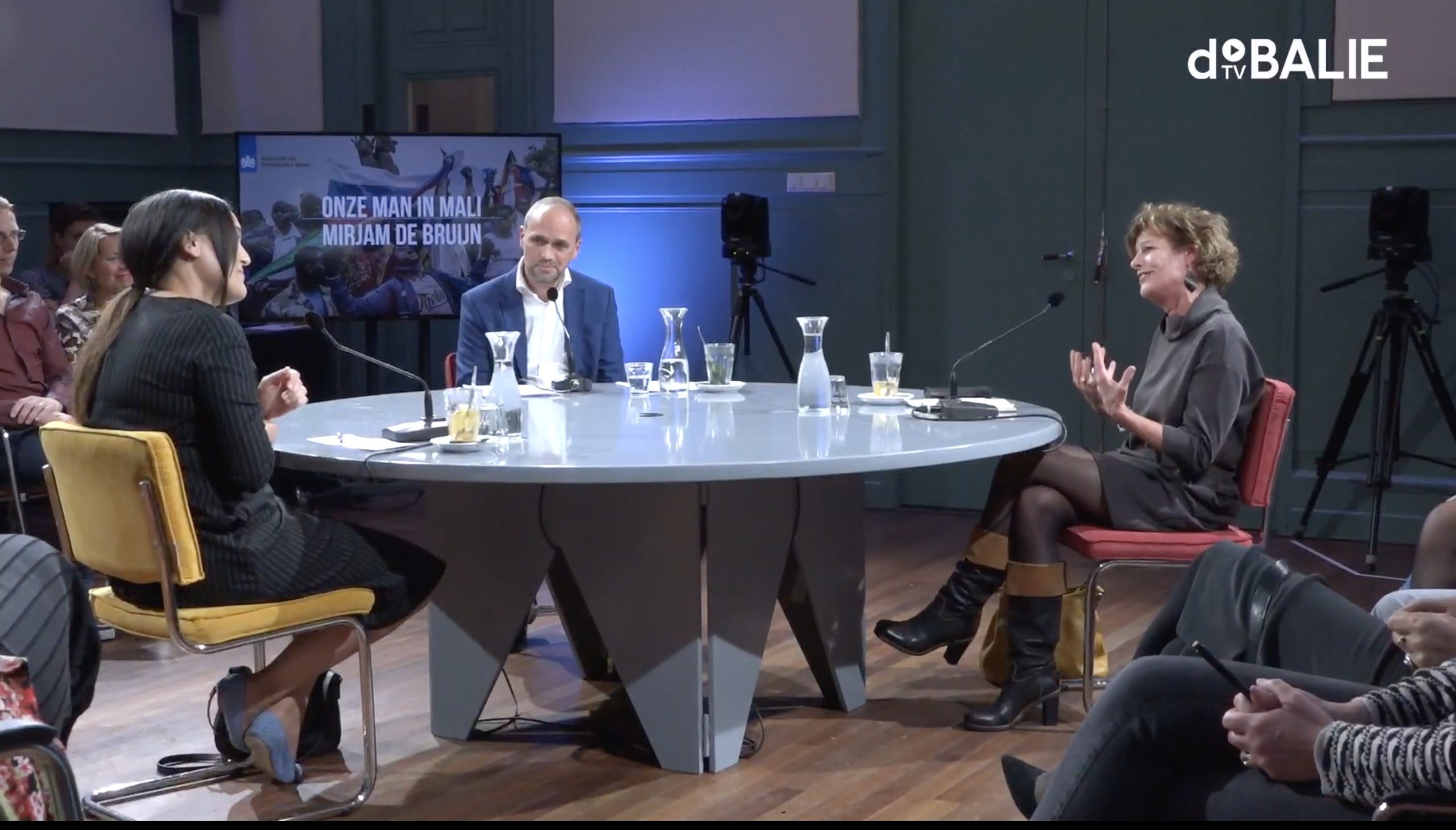 It’s a Tuesday evening at the end of September, a few minutes to half past eight in downtown Amsterdam. I am in a room with about 60 people at the debating centre De Balie. Due to loosening corona measures, it’s for many of the people present the first time since a year or so that they are sitting closely next to each other. Without face masks. It feels good as well as unusual.

On the program is an episode in the series of “Our man/woman in…”, organised by De Balie and the Dutch Ministry of Foreign Affairs. Today’s episode: “Our man in Mali: Marchel Gerrmann”.

“Our man/woman in” is diplomatic lingo for the ambassador stationed in a foreign country. He/she represents the Dutch government abroad, whereby noted that he is increasingly replaced by a she these days. But who is the “our” in this case?

I look around and see only white people in the room, except for one young woman. She is the only person present who could possibly have west African or Malian roots. I think it’s a missed opportunity. Now the conversation will only be about Mali and not with Mali(ans), something that happens way to often at these kind of events.

First, the floor is given to the ambassador. He introduces himself and his work. Marchel Gerrmann has built his diplomatic career in Africa. Mali is his forth post and by far the most complicated one. Since he arrived about a year ago the country has seen two coup d-états. For a diplomat the Malian playing field seems quite complex. Is the current government a legit one in the first place? And who represents the government? So, to whom should he talk?

Dutch foreign policy in Mali centers around peace, security and development. Many conflicting interests come together in these three fields of policy. There are jihad groups in the north, increasingly entering the middle belt towards the south, there are other militaristic groups (Dozo) fighting the islamic jihadists, there is an Malian army – not completely loyal to its (civic) government and not strong and disciplined enough to protect all citizens from violence by Jihadi or Dozo groups – and there are ethnic tensions on all levels throughout society. There are also French and UN military forces (MINUSMA) in the country trying to protect the population from violence and fighting the Jihad in the north. All together it seems an inextricable knot of interests. And if that’s not enough, the Mali government considers to hire mercenaries from the notorious Russian owned private company Wagner in order to fight the insurgency of the Islamic jihad in the north. The French and MINUSMA do not succeed on their own, according to the government.

But all is not lost. The ambassador sees a resilient population that has not given up. And he sees a huge potential in Mali’s youth, which account for more than half of the population. That’s the bridge to the other guest at the table: Mirjam de Bruijn, professor at a Dutch university and director of the foundation Voice4Thought. This organisation has a large program, the Académie, which focuses on the Malian youth. The program of the Académie links research to artistic expression. Young people learn skills to investigate their own position in society and those of others.  The knowledge they gather allows them formulate their own opinion. Workshops on theatre, slamming, blogging, podcasting and filming give them the means to make those opinions public; to have their voice heard. De Bruijn, who is doing anthropological research in Mali since the early ’90 more or less agrees with Gerrmann’s analysis. The difference between the two is that the ambassador’s analyses mostly seem to come out of reports written by others while De Bruijn knows the people who are in the midst of all these turbulent developments in current Mali. Some of the little boys whose fathers and mothers she worked with in the ’90 have now become fighters in the violent jihad. She hears directly from people she has known for years, how they had to flee their villages because of the violence. The stories she hears, or reads as text messages send to her by phone, are heart wrenching.

In the north and in the middle belt of Mali conservative Islam is serious threatening the rich cultural life the region is  well known for. It is losing its beauty, its joy. De Bruijn hopes that the ambassador will be able to experience the live music and dance, one day.

But there are positive signs as well. Within the Académie new talent presents itself. Against all odds youngsters show what they are worth. Critically and with pride. De Bruijn shows a video clip, recorded a few hours before in Ségou, of a young slammeur Karmaa Slam (Karamoko Issouf Traoré) who took part in the Académie. His slam made an impression on the Dutch audience. It was a message straight from a Malian heart.

So, fortunately, in the end, the program was not entirely about Mali, discussed from the outside, but also with Mali, with a voice from within.

Want to watch the full registration (in Dutch)? Click here.