Pau meeting: A summit to reduce anger in the Sahel? 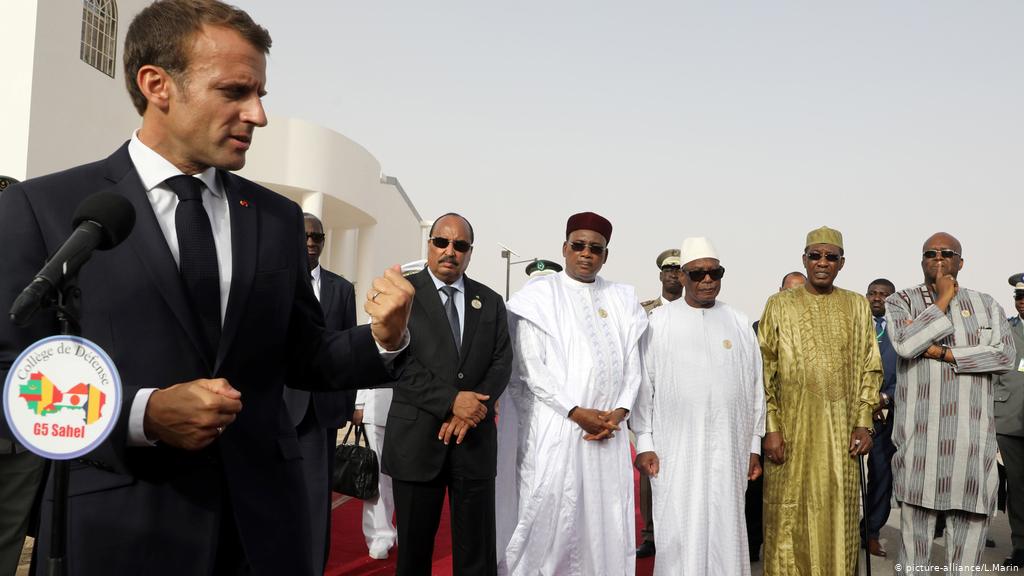 At the NATO Summit held on Wednesday 3 December 2019 in Great Britain, French President Emmanuel Macron announced the upcoming meeting (16 December) in Pau (France) with the leaders of G5 Sahel (Niger, Mauritania, Mali, Burkina Faso and Chad) to clarify matters in the face of the growing anti-French movements in this part of the continent. Sahelian countries are facing an upsurge in extraordinary terrorist attacks in recent years. One of the main military partners in the fight against jihadists in the Sahel is still France. Present with military bases on the African continent, it is alongside the other partners that France operates its actions. The death of the thirteen soldiers of the French army at the end of November created a stir in both France and Africa. There are more and more voices being raised against the presence of the French army on the African continent. Some clearly accuse France of being an accomplice, of being behind the terrorists. The French President does not understand why Africans perceive the presence of his troops as a kind of neo-colonialist occupation. “In the very short term, we must re-clarify the political framework and conditions for our intervention in the Sahel. I cannot and do not want to have French soldiers in the Sahel when the ambiguity with regard to anti-French movements,” says Emmanuel Macron.

Anti-French movements, if we must remember, have been more intense in recent weeks with voices, not the least. “…You spend your time submitting to little Macron, he’s a kid. Aren’t you aware that it’s France that finances our enemies against our children? “, said the famous Malian singer Salif Keita to its president in a video that has become viral on the Internet. Long before this video of the Malian singer, there had been another figure in the struggle for a “complete” independence of Africa, Nathalie Yamb, executive advisor to the 2020 Ivorian presidential candidate Mamadou Koulibaly, who distinguished herself with a poignant speech against France and its lackeys at the Russia-Africa summit. On Twitter Nathalie Yamb is a true heroine of an Africa that now combines in a feminine way with her battering women.

“It is when it rises on Africa’s shoulders that France is great. Things are going to change. The break is in progress. It is time for Paris to learn to walk without its African crutches, and for Africa to fly away, free of its burden,” she says on her Tweeter account. Nathalie Yamb, if we must remember, was expelled (of Suisso-Cameroonian origin) from Côte d’Ivoire last week for her commitment against France and the poor management of Allasane Ouattara’s governance. In another video posted online the day after the French President’s statement, Mamadou Koulibaly said: “We no longer want to be commodities, we no longer want to be under someone’s supervision, we want to become free men again.” The question we are asking about the upcoming meeting in France between Emmanuel Macron and the leaders of the G5 Sahel is how will these heads of state deal with France? Is France really ready to break with its interests in the Sahel? Do the Sahelian countries have the financial and military resources to fight terrorism on their own? Will the Chadian president be able to hold on to power for long without France’s help? Today, there is every reason to believe that France is paying the price for its inaction in the processes of democracy in Africa. France has not (sufficiently) made efforts to become more involved in good governance in its former colonies. It clearly supports dictatorial regimes instead of supporting the peoples of Africa. If nothing clear is “redefined” in favour of the peoples of Africa on December 16, the anger in the Sahel will never stop.