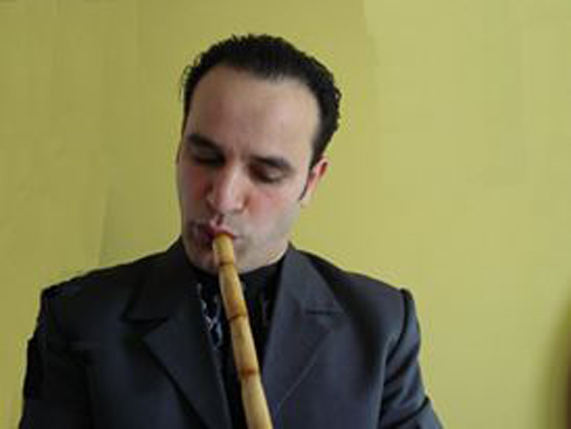 Born in 1967 in Baghdad, Iraq, Sattar alSaadi holds a Bachelor of Arts in Theatre. A well-known musician specialised in ethnic Iraqi-Arabic music, he is the first Iraqi professor of Eastern Music and Rhythms to teach at the Conservatory of Amsterdam. He is also the first Iraqi musician to perform with the Dutch Symphonic Orchestra in a piece called, Stabat Mater, from the Welsh composer, Carl Jenkins. He has played with the German Symphony Orchestra as a solo percussionist and flutist (‘the Nay’).

Sattar recently played Vivaldi’s music in Arab rhythm at the Torpedo Theater in Amsterdam. He plays in festivals and gives workshops and lectures in many countries across Europe, including in Portugal, France, Belgium, Germany, Norway, Denmark, Sweden, amongst others. He was chosen by Princess Margaret (sister of Dutch Queen Beatrix) to represent Iraq at the Humanity House in The Hague as a model for expatriate artists who found their way in an original and autonomous way.