Slam and Eve in N’djamena 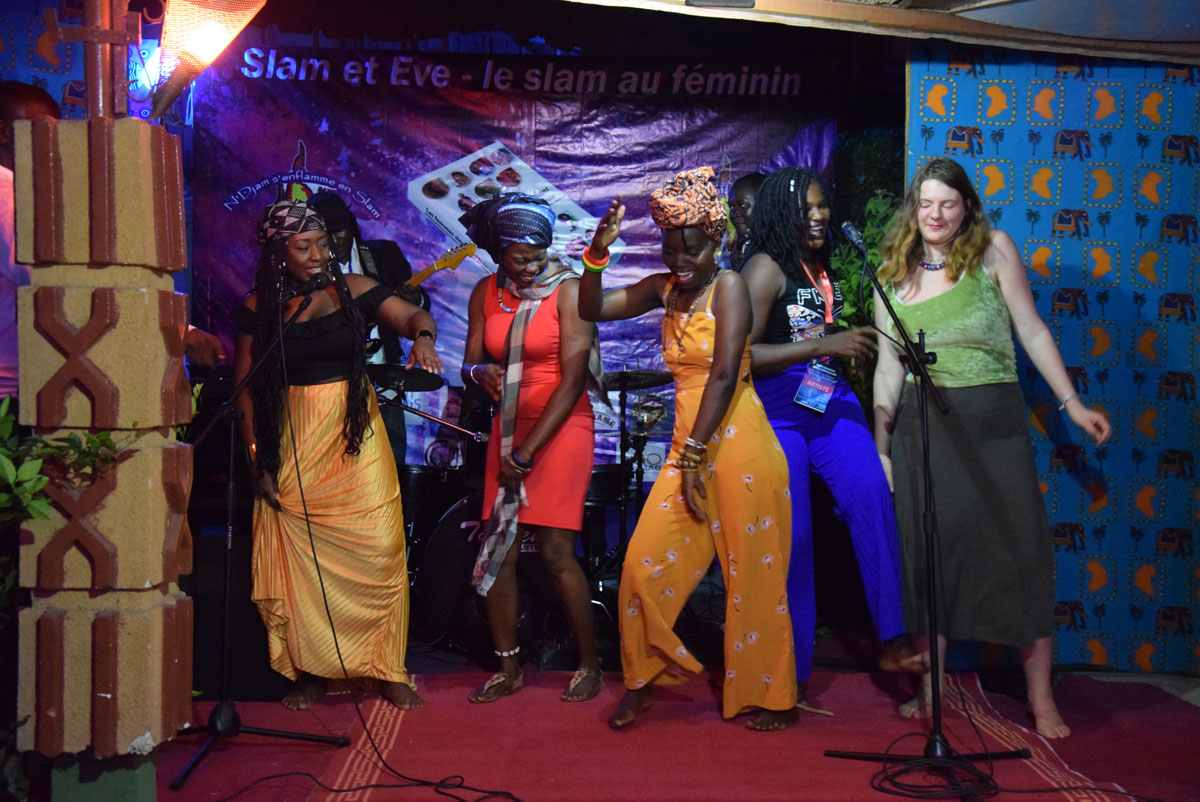 Women do not have a lot of liberty in Africa, especially not in Chad. This is one of the important reasons for organising the Slam & Eve festival in N’djamena. Eve stands for women, and slam is urban poetry. Urban poetry is an art form that has a lot of women in the lead. Croquemort, the organiser of the festival, admits that the reason why women play such a prominent role is still a question; slam is also part of the stream of hip hop, but in hip hop female artists are still a minority. Let’s not search for the answer but appreciate these women’s art! And that is what we did at the space of Selesao, last Sunday evening. I was stunned by the performances of Djemi, Fatine, Mette, Fatou, Mariusca and Amee. All great women who have a message to the world and probably to their own societies in particular. Women still don’t have equal access, nor can they earn like men. Women are often confined to their homes and having children, taking care of the household. Nothing wrong with that in principle, but as Amee said about her mother: women can do more. But if a woman from the societies of which these slam artists are part (Ivory Coast, Morocco, Guinee, Chad and Congo-Brazzaville) presents herself as an independent woman, life is not always easy.

In the book Ma relation avec les mots – Slameuses: les intellectuelles féminines de l’Afrique, which will be published in 2020, the stories of these women and eight other slam artists from different countries in Africa will highlight what their challenges are and how they envelope these challenges in texts of slam poetry. Slam poetry means liberation for them, in multiple ways.

Photos from the concert at Selesao, N’djamena, 10 November 2019