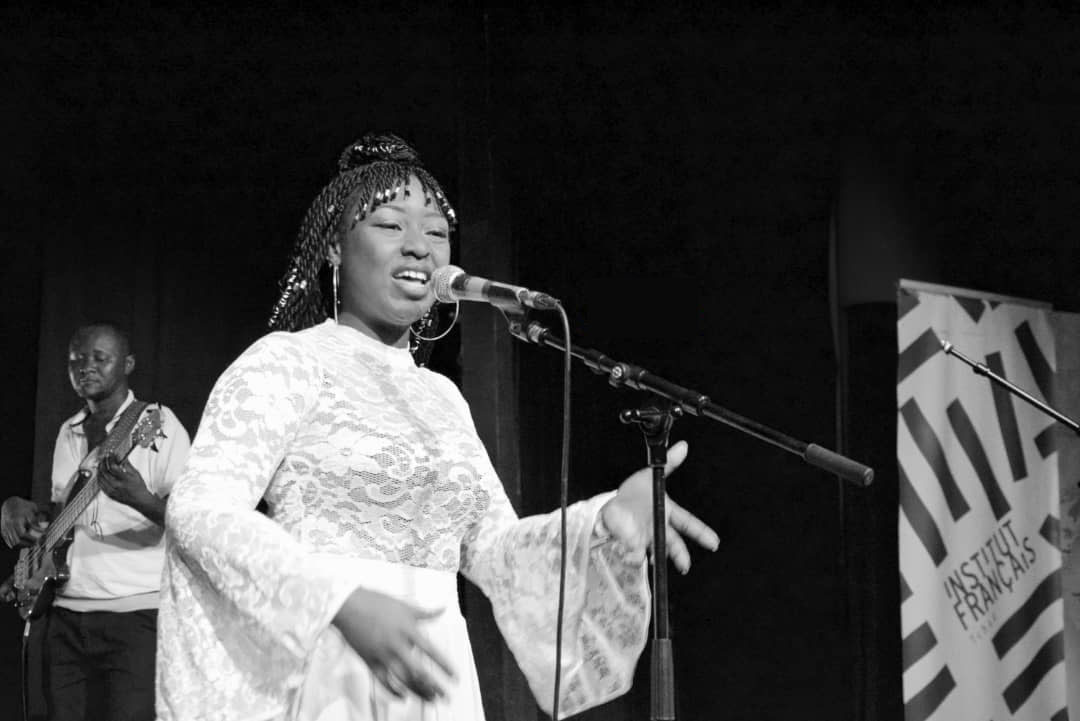 Six slammers shared the stage at the Institut français du Tchad on Friday, November 8, 2019. The concert that took place on the occasion of the international festival N’Djam s’enflamme en Slam, dedicated to the theme ‘Slam and Eve – female slam’.

On Friday, November 8, the stage of the Institut Français du Tchad welcomed warriors of another kind. Warriors who fight with words that rhyme, slammers. Six of them followed one another on stage and brought the audience on a poetic journey. Djemi the slammer, the new darling of slam in Chad, opens this evening which will see not only committed texts, but also love texts on the audience

For two hours, the audience discovered what happens “when words escape us” with Fatine Moubsit from Morocco. She was accompanied in singing by the slammers Fatou and Mariusca.

Then the journey continued to Holland with Mette who tried to understand why people slept on the trains in the morning. Back in Africa, with the Guinean Fatou Sanogo and Mariusca from Congo who told the audience about her lover and put on a show on ndjanga slam. The Congolese woman had the opportunity to show the public at the French Institute her dancing skills. There will be more dance at the end of this unique concert

Finally, comes Amee, ten years of career and lyrics that have left the audience speechless. Like the title Adam and Eve of the Ivorian woman who is simply a deconstruction of the myth of the strong man and the weak woman. Then the title ‘When we see you on TV’ came to announce the end of the evening. A text written to pay tribute to the Ivorian artist DJ Arafat, who died on August 12. The evening ended with a demonstration performed by Amee, of a few Coupé Décalé dance steps created by DJ Arafat.

The common denominator of these ‘slamazones’ is the range of committed texts they have each declared on the status of women.