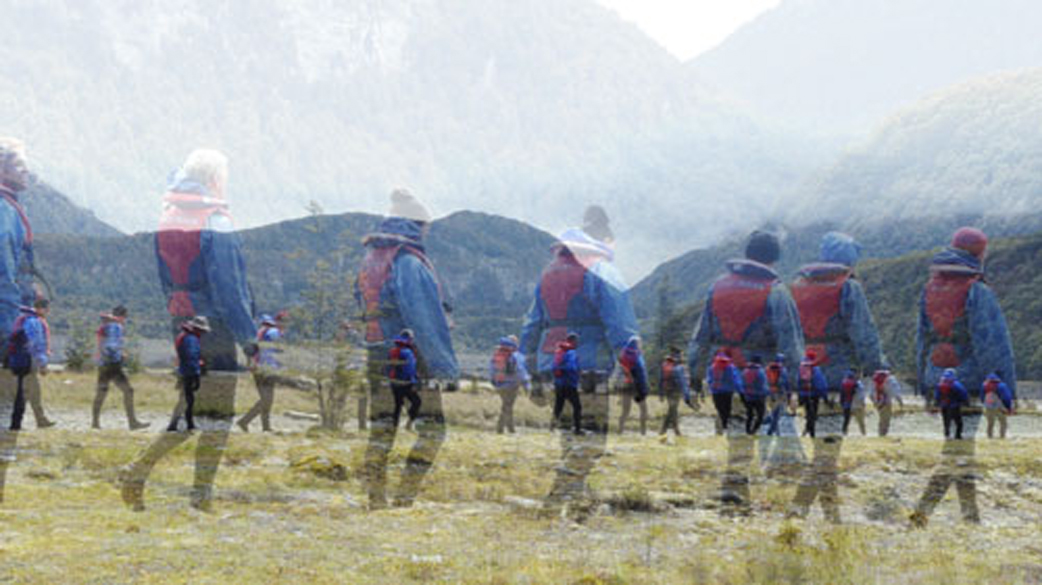 Sonja van Kerkhoff is one of the participating artists in the exhibition ‘Radicalisation: a range of defiance’, in collaboration with Kunstroute Leiden, on 23 and 24 September 2017 during V4T@Leiden.

Defiance by Art
These works show creativity as an alternative to radicalisation which is an awareness framed in terms of opposition or polarizations. These works also foreground a minority viewpoint as an aspect of, among other dimensions of awareness, such as subjectivity, humour, form, the conceptual and the medium is the message.

http://www.sonjavank.com/19gay-men.htm
In the video “19 gay men and the throne of God”  the title is overkill and the title shapes the way we might watch them, as men, as gay men, as noble beings, as tourists, as performers. The lifejackets reference safety, support or vulnerability, but here they are also just part of a uniform worn by the men. The focus shifts. Are they performing or walking in the moment. The focus shifts. A community or an assemblage of individuals?  The focus shifts. One second the other, the next second brother. And where is this throne of God? In the natural world or in a society where diversity is celebrated.

and this in my only crime

to bring the little woman

One of a number of ironic text-image works.

Here the text claims a change in the position of women in society without affecting society. Impossible of course.

That was what I thought of the tutors’ attitudes about making ‘independent’ art. I even gave it “legs” so that it could stand on its own ‘feet’. For my graduation exhibition I dispensed with the object and projected a slide of the text above a doorway.

I realised during this struggle to be taken seriously that dialogue in the art world (whatever that really means) was important to me. And I realise now that much of my anguish was due to isolation and a lack of dialogue.

I am now not so worried about showing my more figure work along side my more text-based work.

There is no need to prove my professional status by a display of consistency.

Context and presentation are important, but

“…consistency is the fetish of small minds.”