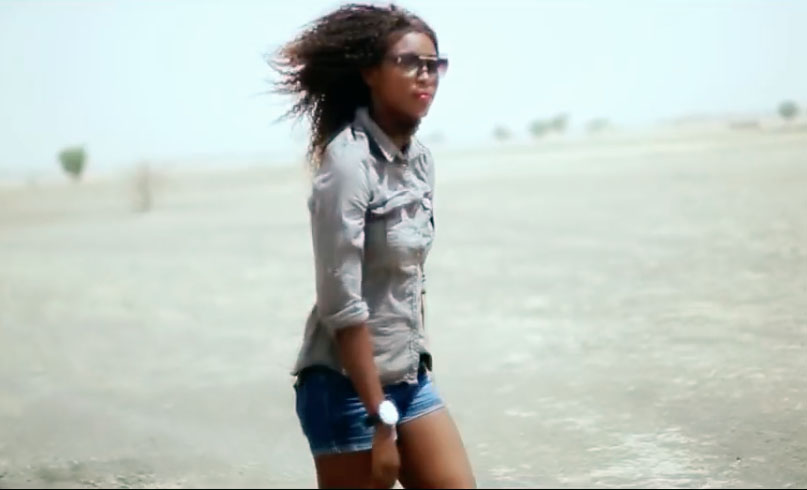 It is in an environment almost entirely dominated by men since her arrival in Chad in the 1980s that rapper Crazy Missy has maintained her position. It is as a free and independent woman that she writes her rap texts and takes the microphone among men

In Chad, if you ask anyone in the music industry about the number of girls who rap, the answer is simple but surprising: only one! It is in this difficult environment that the young rapper, the only one in Chad trying to make a name for herself, Crazy Missy, the rapper. “Rap is a love story. I grew up with this! My maternal uncle spent hours and hours listening to rap, that’s how the rap virus got to me and since then I can’t do without it,” she says. Like most young people, Crazy Missy started with performances at the Lycée during the end-of-year balls, but as always among boys. “We are in an African society and purely macho, it is men first and foremost and again them and others. Rap for me is not a challenge, nor any affirmation of my femininity, I like a style of music and I don’t ask myself any other questions”.

Ten years ago, the girl started writing her first texts and participated in her first music competition called “Top star”. In 2010 she released a maxi single on Faraho production with rapper Dogg Faddah in Bamako, Mali. The appetite coming with food, one year later Crazy Missy releases another single with Brainy Mixes in Accra, in 2011. The career of the only Chadian rapper will be greatly disrupted when in 2013 she was detected by one of the biggest labels in Chad, Preston Concept. Her visibility was great with the many collaborations she had to do with other rappers. She is also very present during the visits of other foreign musicians to Chad. With the Preston Concept label, she is one of the powerful voices of Team PCR, a collective of the company’s rappers, much appreciated in Chad.

It is true, however, that African female rap exists, especially much more in other countries, but its difficulties are almost the same, since it is strongly dominated by men. Rap is a free expression and it revolves around committed texts, on issues of citizenship, governance, democracy, the value of the black man, etc. whereas over time, rap has evolved so much in recent years that it should not necessarily be categorized with political commitment. In these texts, Crazy Missy wants to be a free, independent and emancipated woman, a woman who denounces harassment, a woman who assumes herself and is proud to be in an environment where stereotypes are commonplace. Far from being politically correct, Crazy Missy lives in his time, since each artist has to live in his time, facing prejudices is what fuels his songs.

Long before Crazy Missy, there are very few women who try rap, there is the group Nding-Pa composed of three girls who were at one time very present on the stage with Lorsya at the head. Audrey Linda who was navigating between rap and other trends. It should be noted that Crazy Missy’s very first album will be released this year but with a particularity, collaborations with former Chadian rappers.