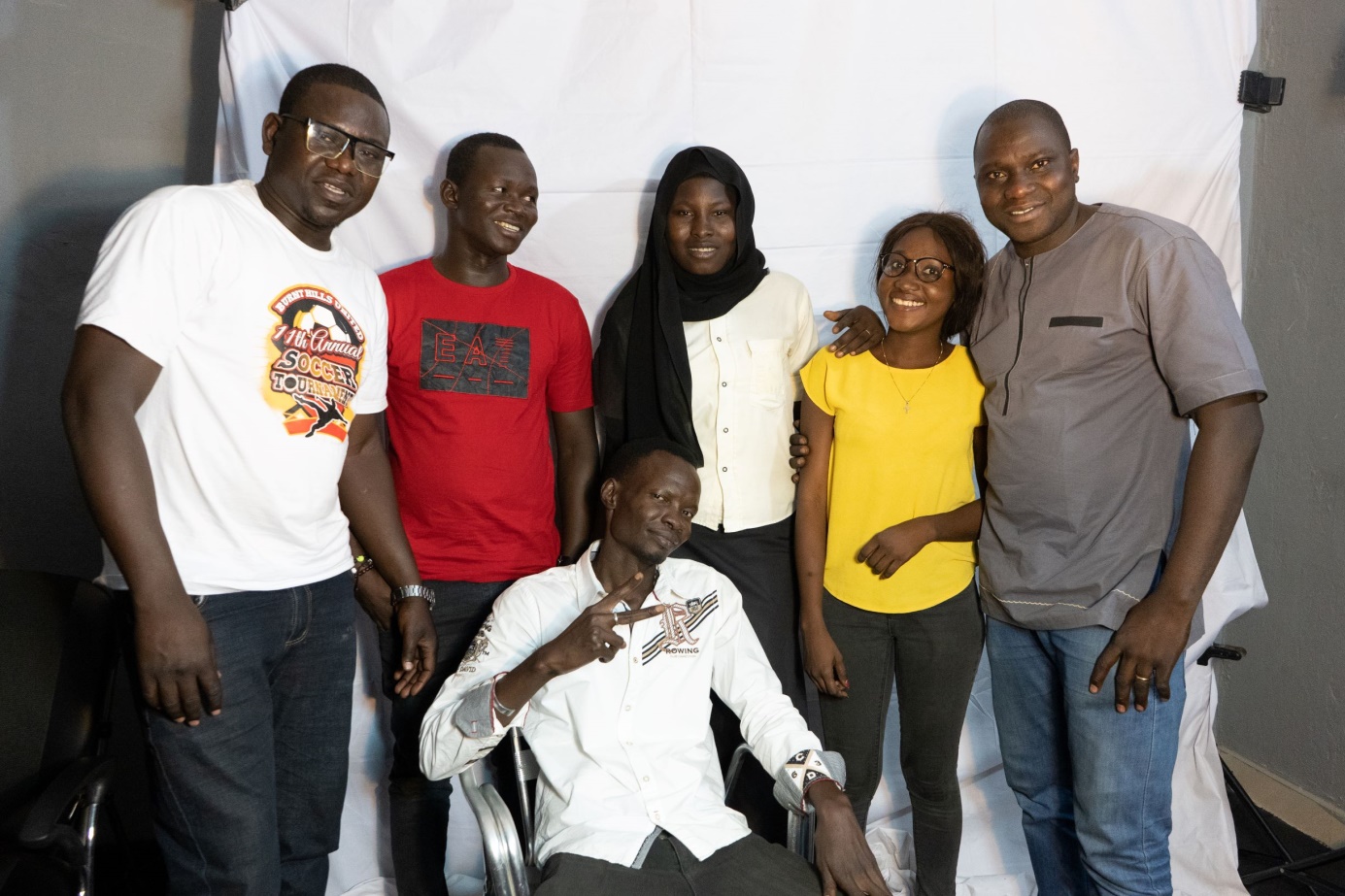 It was under the leadership of the Chadian Flameur Croquemort, technically assisted by the Rapper and the engineer of his Bokal that the itinerant slam institute was held from 1 to 21 March 2019 in N’Djamena (between the French Institute of Chad and the Preston Concept studio). This itinerant institute, otherwise known as the creation residence, gave birth to a concert of restitution of the participants around Croquemort on March 22nd at the IFT. 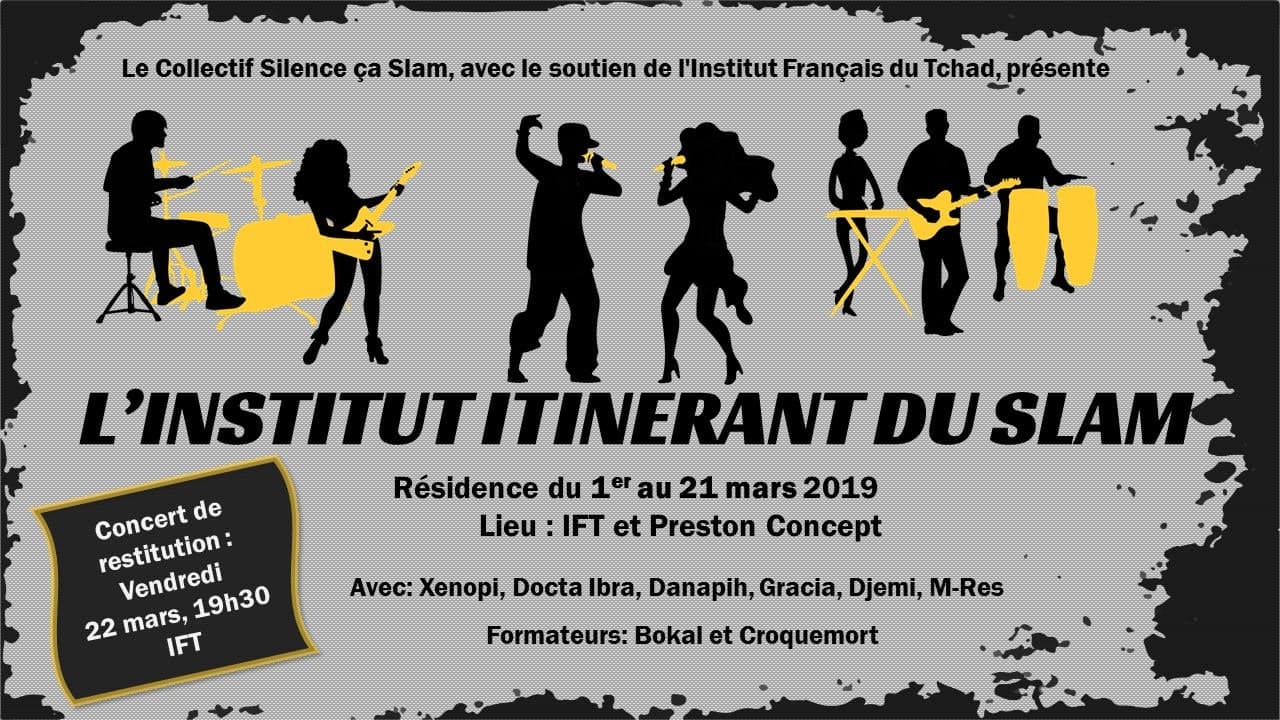 The first of its kind in Chad in the field of Slam, the Itinerant Institute of Slam is a mobility program that aims to put slam among the other most prominent urban arts, particularly in Africa and other continents. Supported by the slammer Croquemort, the itinerant slam institute is intended to be a springboard, a framework that gives the opportunity to think differently about slam through training, workshops, sharing experiences and shows across Africa. The first edition of the African Cup of Slam (CASP) held on Chadian soil made it possible to realize the need to make such a programme available to African slammers. 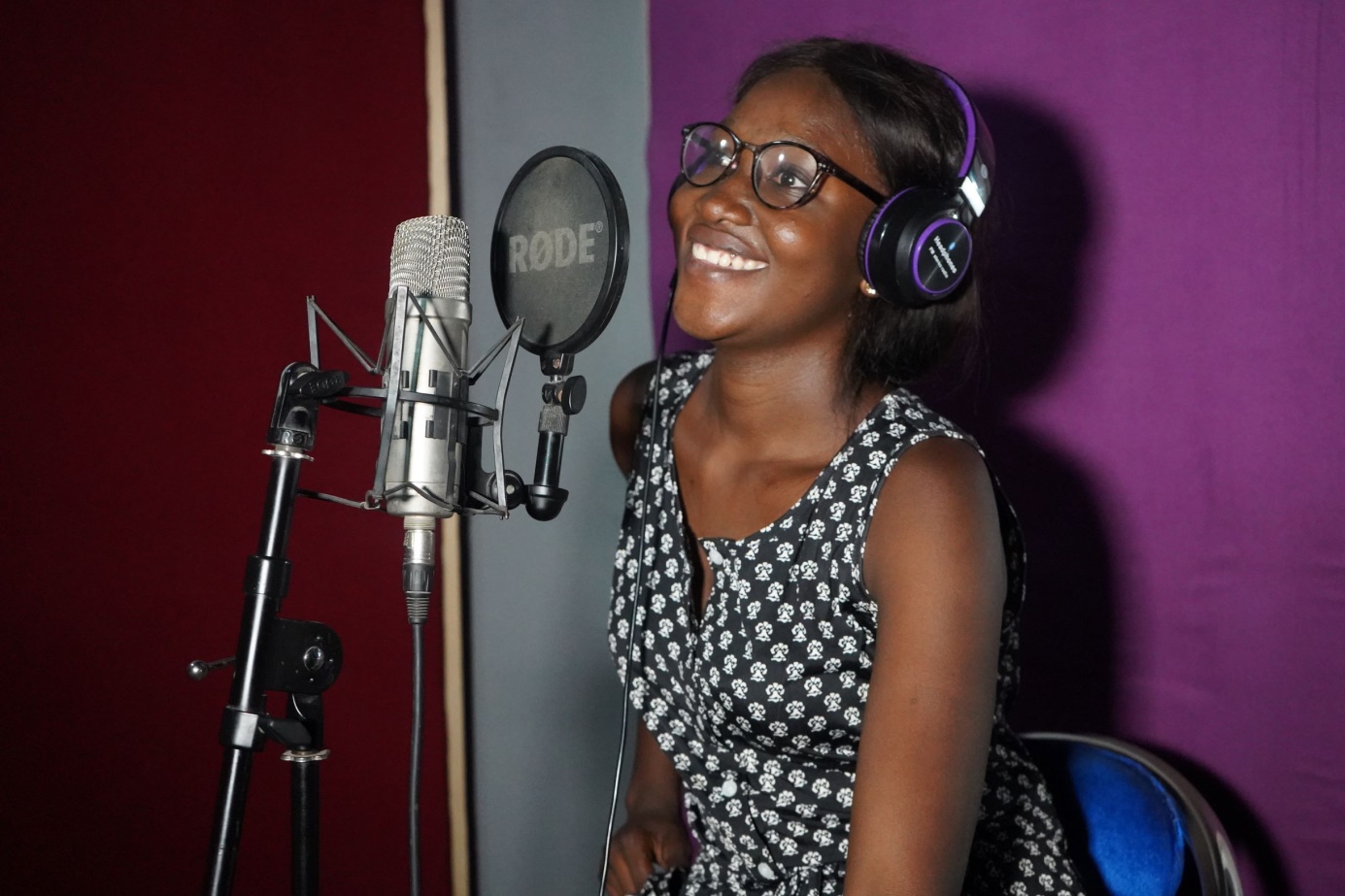 It is on the basis of their experience that six slammers were selected to take part in the residence, which is based on the theme: “From idea to scene”. This theme aims to equip slammers with the necessary techniques to give shape to their ideas, i.e. to make the slam musically alive through everything that a “traditional” musician needs to harmonize his music. Slam, if we must remember it, is close to poetry, certainly, but it is not enough just to declaim the words. “The sound in the background, in relief must be taken into account, it’s very important and that’s what makes the value of slam,” says Bokal. 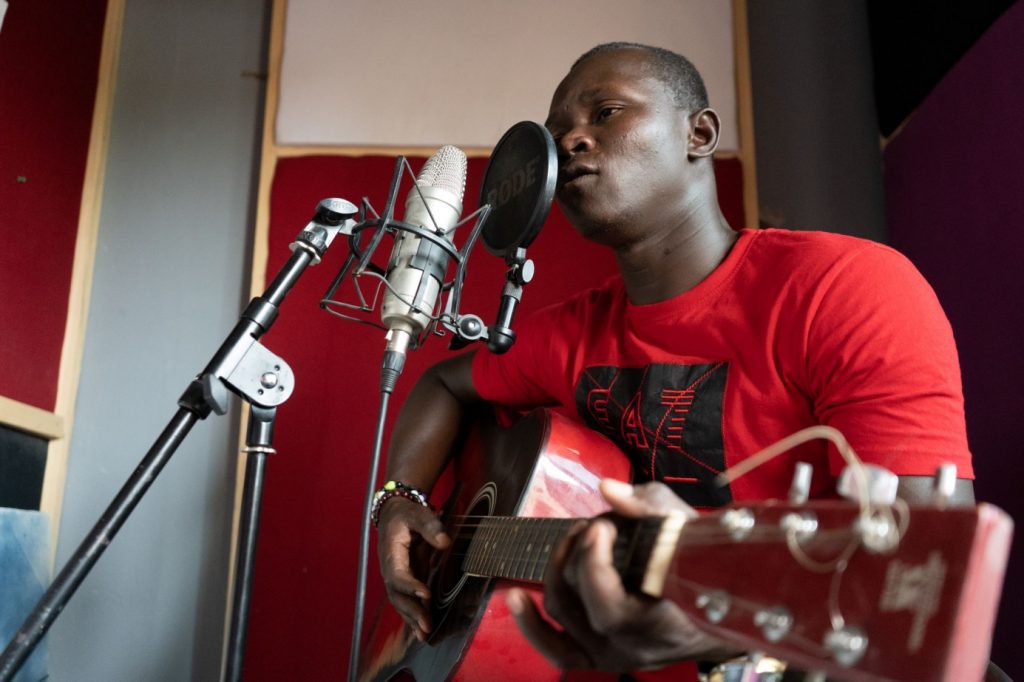 For three weeks, the six slammers and two trainers, Croquemort and Bokal, covered all the issues related to “from idea to scene”. The first week was devoted to sharing experiences and the writing workshop. The itinerant slam institute is not a slam school where you learn to write, but a friendly environment, a clash of ideas to promote yourself. Think and or rethink the Chadian slam through projects.

For the president of the collective Silence ça slam, Xénopi: “The Chadian slam must be exported, sold and imposed elsewhere”.

For Croquemort, “Slam is a major art form, and that’s our slogan. The itinerant slam institute is only in its infancy and I think we have a great adventure ahead of us.” Yes; the Chadian slam has a future, since the concert of the restitution was sold out. The passage of Croquemort, the most awaited in Chad, was a boom! He, the Chadian from space, an audience waiting and waiting for Croquemort who is preparing the launch of his album in 2019.

The itinerant institute of Slam that settled in Chad was made possible thanks to the collaboration of the collective Silence ça slam and the cultural association Tchad Plus with the financial support of the French Institute of Chad.