Testimony: “I tested positive for Covid-19.” 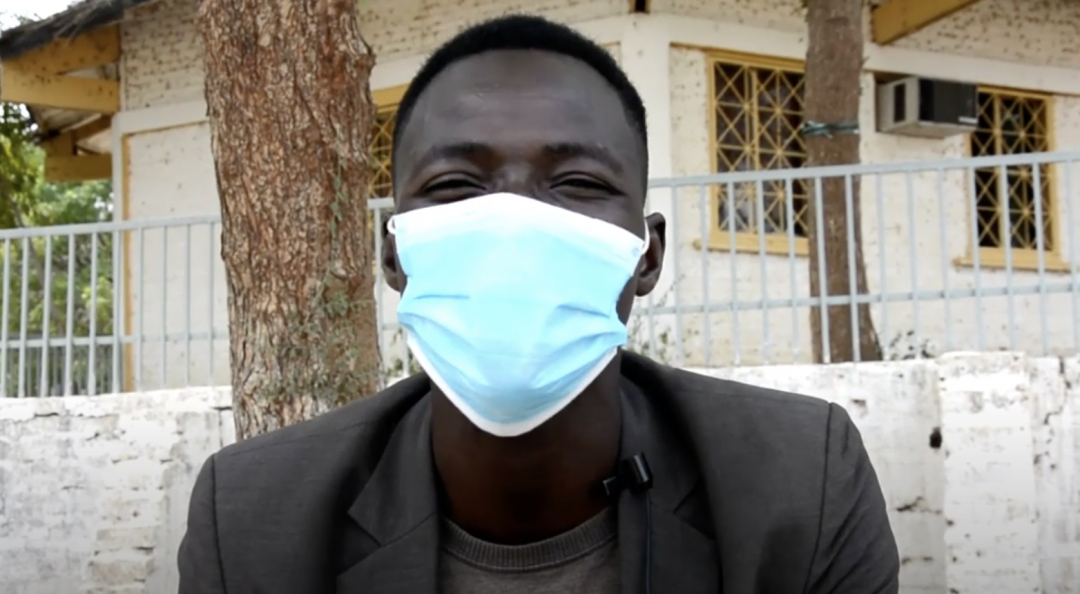 Wearing a grey jacket and hiding behind a mask that covered almost his entire face, I did not know who he was. He recognized me from afar because mine was limited only to my nose like any good mask worn at this time of the Covid-19. When I got to his level he called my name; it took me a few seconds before I recognized the young man. His name is Mathias, we met a few months ago during a digital workshop I was leading. He is a student at the University of N’Djamena.

It was about 10:00 a.m. on Tuesday, May 26th. “Where are you going in this heat? “Without answering my question he was looking left to right, waving to me to follow him out of the way, a little further down the street. I wanted to offer him an elbow as a greeting (as is now the case in this period of the coronavirus), but he did not react to my gesture; so we stayed away from each other. Suddenly he lets go with a knot in his throat: “I tested positive for coronavirus”.

At that very moment, I was lost, without a word and for everything and in everything, I said: “Damn! “without realizing it, or at least I had nothing else to say. He was sweating profusely… he continued: “It was April 11th. I was quarantined, and had normal treatment at the hospital in Farcha. On 27 April I was released because I was completely cured of the disease. Once I came back home, it was hell. I am rejected by everyone, by my parents, my friends and even the landlord kicked me out of the house. When I pass by the neighborhood, people yell at me: ”Coronavirus, corona, corona…”. I just stood there, without a word, helpless. ” I went to see a pastor of a church in the Abena neighborhood to ask if he could agree to let me sleep in the church, since at the moment the places of worship are not in operation. After seeing my medical certificate of healing, he agreed to let me sleep in the church. Mathias took the papers out of an envelope to show me proof that he was no longer ill from the Covid-19 and allowed me to photograph them. It is in fact a bulletin indicating the various tests carried out as well as a certificate of release duly signed by a doctor stating that he was cured. I recorded his telephone number before I let him go. He left me saying: “I am going to Fm Liberté to see if they can grant me the microphone to talk”. With these words we parted. I was so shocked that I couldn’t make an analysis of the situation to write an article with more details.