The attack of N’Dola in Mali: a turning point in the Malian conflict? 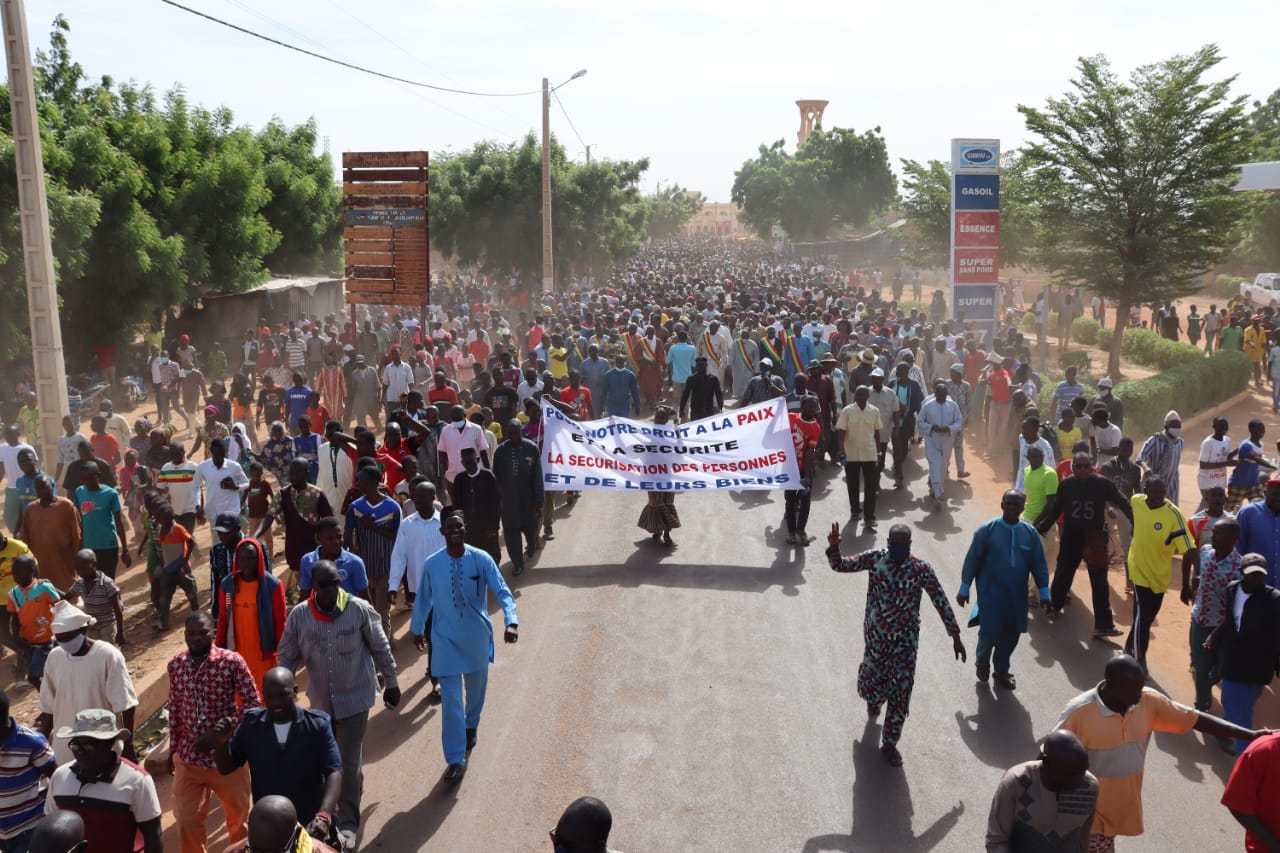 It’s Monday morning October 25, 2021 in Bamako. My telephone vibrates. I am in a workshop on blogging with young Malians, so I ignore the call. Then there is another call and another one. I look at my telephone screen and I see that a friend is desperately trying to reach me. I step out of the room and call him back. He urges me to listen to the voice message he just sent me via Whatsapp. It contains a report by his cousin, an inhabitant of the village of N’Dola, a Fulani village not far from Niono in the southern part of the Inner Delta of the river Niger. This cousin recounts what just played out before his very eyes. First there were the jet fighters, attacking the village from the air. Then approximately 30 pick-up trucks with armed men encircle the village. The cousin claims that the vehicles belonged to the Malian army and that the soldiers wear army uniforms as well. He is not the only one who sends around his eye-witness account of the attack. Many others will follow in the Fulani social media networks of which I am a member. The pictures of the attack that come along show great cruelty. Allegedly, the army has killed at least seven people and burned down part of N’Dola village.

The following week I would try to understand more about what had happened. On the same day, 25 October, the Malian government sent out a communiqué explaining that the army had indeed attacked N’Dola, first by air, and that they had later arrested 14 people (who are now in prison in Bamako). In the communiqué the government continued by stating that the images circulating on social media are ‘macabre’ but false by referring to their origin (indeed one image that circulates is not of the 25th and neither from the region). They say that an immediate investigation will be opened to shed light on the attack on the village. The horrible pictures of violated bodies are not mentioned.

I am in contact with the president of the youth branch of Tabital Pulaaku, a cultural organization that has become the porte parole for the Fulani and their position in the conflict. He is of course shocked by this attack on N’dola that is a Fulani village, and labels it, as do others, as a new turn in the conflict. The way the bodies are tortured refers to a possible dehumanization of the Fulani. These conclusions go far, and if true will have huge consequences also for international politics. He was invited to join a delegation from Tabital Pulaaku to visit the site of the massacre. But the visit is rescheduled to the 10th of November earliest, as the government does not allow them to visit the village. In a WhatsApp exchange on the 11th of November he told me that the visit would probably be on the 15th of November.

The area around the village seems to be occupied by the followers of Hamadoun Kouffa, the leader of Katiba Macina, that is part of Jama’at Nasr al-Islam wal Muslimin (Group for the Support of Islam and Muslims—JNIM). For the government and international organizations they are terrorists. For the inhabitants of the region they are one of the armed groups that make their lives difficult. Apart from the Jihadi groups there are the Dozo (hunter groups who defend the villages) and non-specified armed (criminal) groups that profit from the insecurity situation. The village is situated in a region where the past few months tensions have been rising. According to the messages in various social media groups of which I am part, acts of violence against the population are increasing, like the burning of rice fields and millet harvests, disappearance of people, and attacks on buses, villages, etc. Exact figures about these violations do not exist. The cercle de Niono has become part of the attempts by the armed Jihadi groups to increase their influence.

During the workshop that I was attending that 25th of October, I heard a youth from the region saying: ‘we are all victims’. He expressed his feelings of fear openly and said that the different armed groups in the cercle de Niono are in a way fighting each other on the detriment of the population. For him it is clear that the government has lost control and the population is left on its own.

After the 25th the messages to proof what has happened in N’dola are circulating on social media. But not the media of everybody, and the interpretation of the images varies. One evening in a taxi in Bamako I was overhearing the exchange between the taximan and the passenger in the front seat. The taximan declaring openly that the Fulani, les Peuls, are clearly the Jihadists. It is them who make life in Mali now impossible. Also in Bamako people start feeling that the (or ‘such an approach’) approach of the conflict and such conversations in a taxi show the rising tensions and fear.

The N’dola case and the reaction in the communiqué of the Malian government, its partial presence on social media, relate to the complexity of the actual moment of the conflict situation in Mali.

First, the fight against terrorism as it is internationally labelled, is not very successful. It seems that the armed groups that follow an Islamic ideology, such as Kaatiba Macina and Kaatiba Serma in Central Mali, are gaining terrain. Although officially denied, there seems to be an attempt by the government to get into dialogue with these Jihadi groups. Local negotiations between armed groups (mainly Dozo and Jihadi groups) have been on-going in local settings now for a year or so with more and less success. The peace agreements (or rather cease-fire) that followed such local negotiations, for instance in Bankass, and in the cercle Niono, may be understood as a local success, but at the same time they legitimize the presence of the Jihadi groups in the region. As Boubacar Ba, a Malian researcher and head of the NGO Eveil, recently commented in a social media post, there is a diversity of such agreements that are difficult to place under a common umbrella. After such agreements it seems that the Jihadi groups can define the rules. Some parts of Mali are now living under Sharia Law.

Secondly, it is also the moment of a discussion that is turning around geo-political dynamics. The call of the Malian government, the junta who took power via a coupe d’Etat in August 2021, to seek help of the Russian private security company Wagner has moved the (inter)national positions. It is a follow-up of the debate around the retreat of France’s troops. France has been the subject of protest and critique by the Malian Government and part of popular discussion in Mali, so far concentrated in Bamako, where in various protest marches the people carried placards demanding the retreat of France. This sentiment is fed by the position of the Malian government who, via the rhetoric of the prime minister Choguel, is ventilating its discontent with the decisions taken in the Elysée. These discussions happen at the moment the Junta tries to postpone the promised elections to move Malian government back to civil rule. Recently ECOWAS imposed sanctions on the Malian government, amongst others to urge them to organize elections.

A third factor is the human rights situation in Mali. The army is regularly accused of acts that violate human rights. The army denies it commits atrocities. Although hard proof seems difficult to obtain, there is enough evidence that in some cases also the Malian army did not keep to the rules of war.

These three reasons make that the narrative around N’dola has to be handled carefully. For the Malian government it comes at a highly volatile situation with the French troops retreating from Mali, and the advancing Jihadi occupation of the country. That explains why they would rather not be associated with such war crimes as happened in N’dola that may further undermine their credibility also in international circles. On the other hand, the narrative of N’dola may also fuel further polarization and (ethnic) violence. The N’dola case should be understood with all such consequences, but it should be known to the public. The article published by Studio Tamani on 9 November has broken the (partial) silence around the situation in the cercle de Niono. This blog post hopes to do the same.