‘The Power of the People’ by Master Soumy 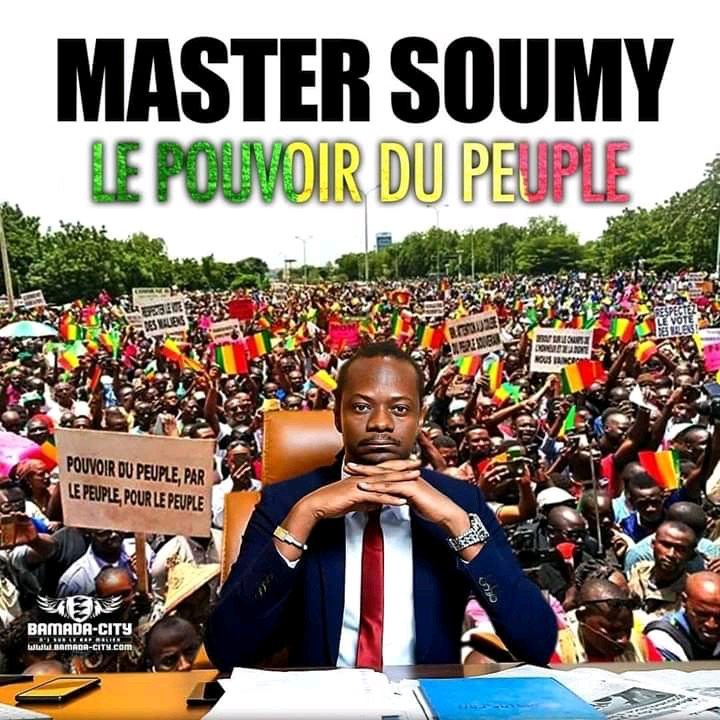 ‘The power of the People’ (Le pouvoir du Peuple) is the title of the latest song by the Malian singer Master Soumy. In his song, Master Soumy expresses his views on the political situation in his country. He denounces the bad governance of the former regime and invites the population to a positive change of behaviour and vision. For him, there is no doubt that Mali can become what Malians want it to be. Kibili Demba Sissoko, one of the coaches of the Voice4Thought Academy, also shares his perspective on the situation in Mali after the deposition of president Ibrahim Boubacar Keïta.

As predicted in advance by some observers, the fall in power of president Ibrahim Boubacar Keita came as no surprise.

What use is arrogance to one’s own people? And yet everyone experienced the same situation with the fall of president Amadou Toumani Toure. The vast majority of Malians saw the solution in the person of IBK; others remained sceptical about IBK’s ability to lead the countr.

The question we might ask is why did we choose someone like the former IBK president (elected in 2013 with 77%) who had no plans for Mali’s society or development plans? But this was made possible thanks to a few preachers. Indeed, in a country where more than 80% of the population is illiterate, it is often the preachers and especially the so-called scholars who mislead the population through the Muslim religion. Precisely, the elections in Mali have become a game for these preachers; the most influential are in a way monetizing their support through their followers, the politicians. God willing (Inchallah) has become the watchword of these people who don’t care about religion and whose only reason is the advantages linked to their support of crooked politicians.

In spite of the catastrophic situation in which the country finds itself, the children of the rulers are doing the java all over the world. To top it all off, one of the sons of former President IBK was forced to take up the strategic position of Chairman of the Defence Committee in the Chamber, even though he has no military training. In spite of this, this situation lasted for an entire magistracy and the Malians remained speechless.

In a poor country like Mali, faced with an unprecedented occupation of its territory (three-quarters of the occupied territory), the former president took himself for a 13th-century king in ostentatious opulence. But the power of a president is ephemeral, especially in this day and age when democracy has become a social phenomenon in the world.

Knowledge is universal, and there is no point in being arrogant and contemptuous of others when the position he held is a fact of God.

Faced with all these words, once the determined people revolt, especially as was the case in 2013 and 2020, one realizes that being haughty is useless.

Why shoot your people? Who gave the order to shoot when there was no longer a government, would we have gone back more than 20 years to when General Moussa Traoré shot at the people who wanted democracy in Mali? You don’t shoot at your IBK population; now what future have you reserved for your sons (Karim and Bouba). They fled, abandoning their father, the president, to avoid being lynched by the population.

We’re all Malians, we need a change of mentality at all levels. The buying of consciences at the time of the elections must be banned by all of us, because by accepting money from elected representatives who have no roadmap, nor a social project for the development of the country, we will always come back to so-called democratic reversals of power.

Master Soumy ‘The Power of the People’ See the transcript of the lyrics here.