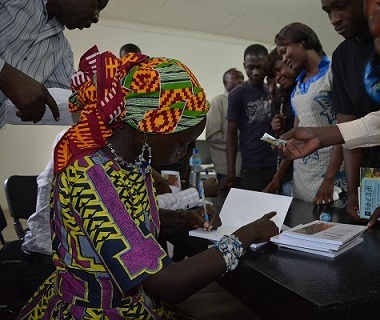 The Voices which the project portrays are engaged people, who are leading actors in – often for many eyes – invisible change. Although the project has no closing date, our end goal is to raise awareness among a broad and diverse audience about the shared challenges facing individuals and societies in both Africa and Europe.

By facilitating and empowering a dialogue between individuals through new media, we aim to remove obstacles to understanding what is really going on in countries that were once ‘far away’ but, as a result of globalisation, are now our neighbours. The cross-over between art, academia and political engagement puts considerable resources at our disposal and allows us to engage a wide variety of intellectual, artistic and social actors in a much-needed new type of constructive dialogue. Their voices (V) and ways of thinking (T) will be presented to a wider audience in the hope of triggering debate and, in particular, reflection.

Our V4Ts come from different domains of society: politics, government, arts, religion, academia, journalism and the socio-political domain at large. They are all trying to fill the void left by failing governments and they embrace a worldview in which equality, justice and fair politics are central  and where polarisation is no longer a decisive factor.