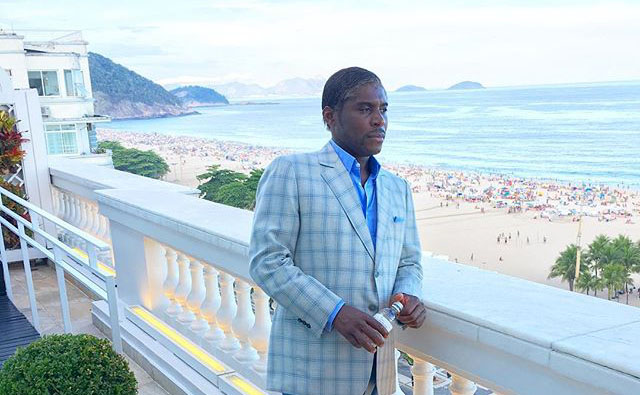 The following is an excerpt from a blog post by from Joseph Mangarella, PhD candidate at the African Studies Centre Leiden for the ASCL Africanist Blog. Click here to read the full text on the ASCL website.

Nestled between Gabon and Cameroon on the Gulf of Guinea lies Africa’s richest state per capita, Equatorial Guinea. One of the most biodiverse countries on the planet, it also bears one of the continent’s tiniest populations, with estimates ranging from 800,000 to roughly 1.2 million. To untrained eyes, it is the picture of pristine rainforest, rich aquatic life, and a peaceful, maritime culture. But it is governed by the continent’s longest serving non-monarchical head of state, assisted by one of the continent’s most corrupt and violent ruling clans. Recent developments suggest that, if gone unchecked, respect for human rights could sink to a new, frightening low.

Recent historical background
Geographical determinism is not unheard of in African Studies, and its contributions have been appropriately relativized. But it is difficult to ignore the horrible juncture of history and geography that has befallen this small nation isolated by language (Spanish), natural boundaries (islands and rain forest), a culture of bureaucratic opacity, and predatorial state security services. Since President Teodoro Obiang Nguema Mbasogo took power in 1979 after deposing and condemning to death his uncle, the Essangui clan has managed to bridge the pecuniary gap from fiscal desperation in the 1980s to resource-led windfalls in the 1990s. In a comparatively sedate portent of things to come, World Bank envoy Robert Klitgaard felt compelled to publish his own accounts of the country’s mismanagement and corruption in Tropical Gangsters (Basic Books, 1990), which one reviewer called a story of ‘the nicest possible World Bank consultant in the worst of all political and economic scenarios you could imagine’.

Oil proceeds
After the discovery and exploitation of the giant Zafiro offshore oilfield, the corrupt disposition of the ruling family also turned violent. Oil proceeds were used to prop up the regime with security and surveillance, which at once created both political stability and a terrorized population. Now, with its oilfields in sharp decline, the country is returning to the fiscal imbalances which set the stage for its last successful coup. But with the regime better endowed than it was in 1979, a family more envious of its own stature, and an inner circle not this paranoid since the last failed coup attempt of 2004, the danger of state violence has been elevated. As a consequence, respect for human rights in the country – already in a sort of nadir by world standards – is bottoming out. The international community would do well to take note.

Repression
Three recent developments have coalesced to encourage state lawlessness, often resulting in unjustified loss of life and impoverishment. First, the larger context of depleted oilfields and falling production since 2014 has led the regime to rely less on patronage and more on repression. The two opposition parties, only one of which is ‘legal’ and neither of which have a single seat in parliament, have been regularly harassed by state security services, while civil society – even artists – are threatened and cajoled. In addition, the state has partially serviced its debts by cutting further social handouts and reducing abysmally low health and education expenditures. The second development is the inexorable rise of jet-setting, Instagram-active, and international convict (see France, e.g.) Teodoro Nguema Obiang Mangue (‘Teodorín’). The preferred son of President Obiang and the influential First Lady, Teodorín was made First Vice President in 2012 thanks to an enabling constitutional amendment in 2011. Like his father before him, Teodorín has enjoyed increasing powers of arrest and decree as the head of national security, and stands ready to succeed the presidency as the country’s very own dauphin. Third and most recently, another attempted coup was foiled in December 2017, unleashing the regime’s ire and launching a renewed era of suspicion and repression.

Escalating human rights abuses
For anyone even vaguely familiar with political and human rights in Equatorial Guinea, the term ‘draconian’ feels redundant. State violence and repression, typically culminating in extended prison terms and torture sessions at the infamous Playa Negra prison, have been the country’s postcolonial norm, with the effect of entrenching a one-party state which routinely enjoys cartoonish landslide electoral victories. But legislative elections, December 2017’s failed coup attempt, and future uncertainties (economic and political) have combined to unleash even more state violence, which is particularly directed at a disorganized and often fragmented opposition.