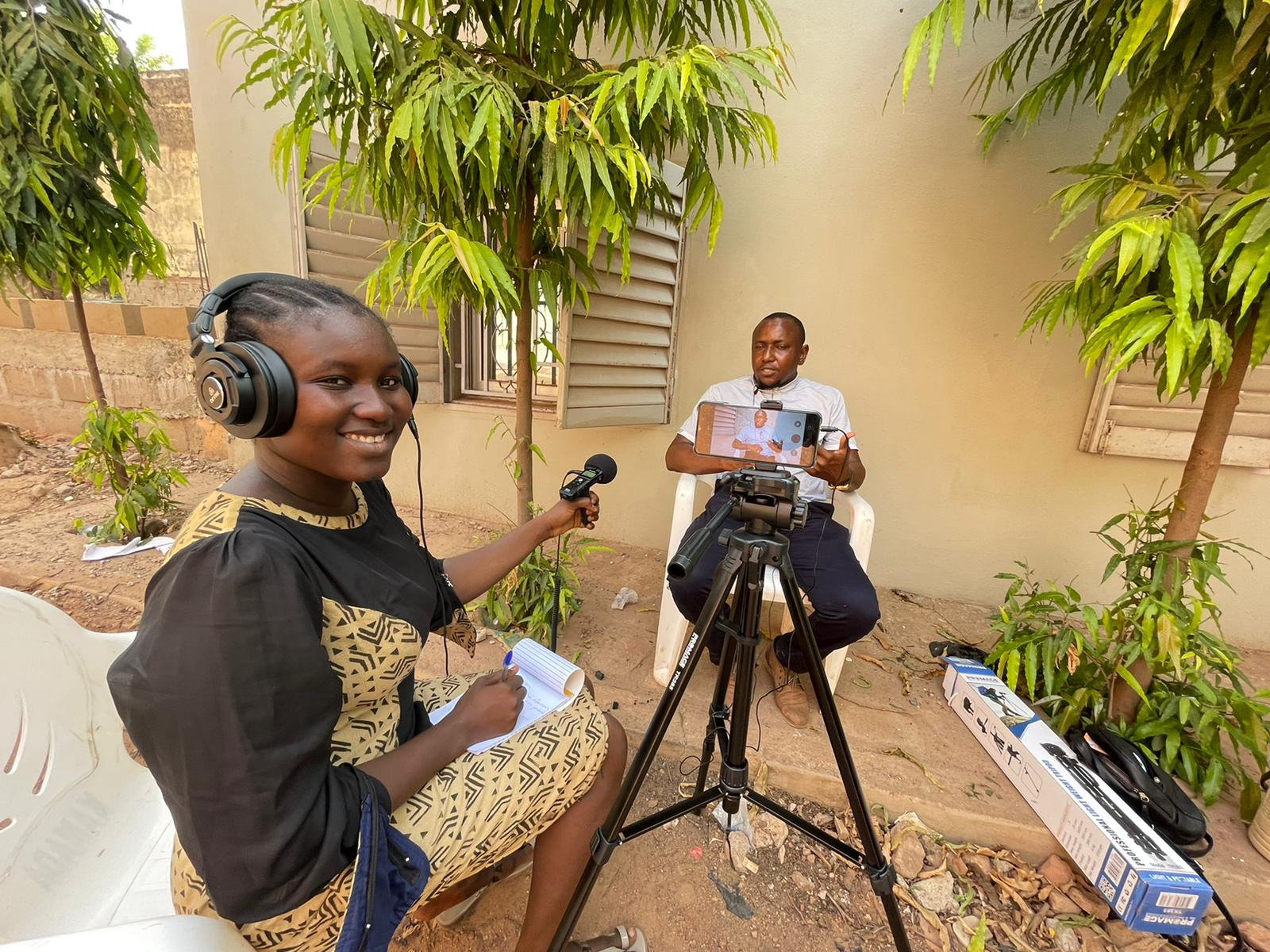 After a successful pilot year, the Voice4Thought Academy (V4TA) Mali is off to the next phase! During the next five years the project will expand to 12 more regions, in addition to the four that participated in the pilot. V4TA Mali is part of the PGLR+ program where we are excited to work with our partners SNV, Oxfam, and Cordaid/ICCO. The first year of the Voice4Thought Academy has been a year of great development, innovation, and lots of enthusiasm. In the context of a country undergoing a complex crisis, conflict and uncertainty, we have developed an approach that helps young people to understand what is going on in the regions where they live, so that they can make their own critical analyses and better express themselves. They do so by doing research in qualitative methods – photo, video, blogging, theatre, slam art – and quantitative methods. More than 290 young Malians have been equipped with tools to develop their voices over the last year.

The Academy is founded on the idea that if young people gain more knowledge and are able to think about, and look more critically at social, economic, political and cultural processes that they encounter, they will also be able to create more space for themselves to participate in the conversation and decision-making about the development of their regions, processes from which they are often excluded.

An impression of the first year of V4TA Mali:

The goal for the Academy is to be self-sufficient at the end of the five year trajectory, while continuing to share developed methods with future generations.

At the beginning of June Voice4Thought organised a series of workshops in Bamako to train the coordinators and coaches of eight different regions – the other eight will be added from next year. The first week started with discussing safety, ethics, and responsibilities while being out in the field. Thereafter, te highly motivated and enthusiastic group, some of whom had taken a risky trip of several days from remote regions such as Gao and Tombouctou to attend the workshops, practiced research techniques: observation, conducting interviews, audio-visual recordings, and photography. After collecting the data, archival methods were introduced as an important part of the research cycle.

An important part of the Academy is the construction of an archive. The virtual resource center contains all raw data – (audio) interviews, images and texts – and finished products of the research. In addition to preserving the uncompressed data on local drives, the regional centers will upload their content to an online platform where it can be accessed remotely. Thus, the online resource center circumvents the challenges of a country where conflict and poor infrastructure makes traveling to regions such as central Mali, Gao or Tombouctou impractical and often dangerous. The archived data often provide a unique window to what’s happening in the regions where V4TA is active, a perspective that is hardly available to journalists, researchers, policy makers and the general public in today’s Mali. The collected data will be available to the participants of the Academy, while selected documents and multimedia will be made accessible to external parties such as journalists, external researchers and the general public.

The development of the archive is in full swing. Please take a look at the archive website where a first and modest selection of publicly shared data can be visited.