Masra Succès, a pebble in the boot of General Déby 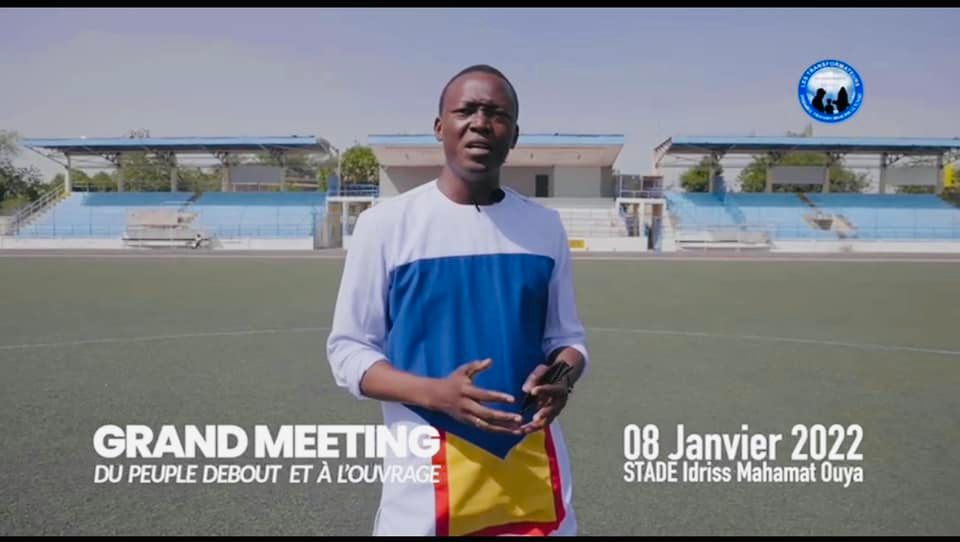 Nine months after the death of Field Marshal Idriss Deby Itno, his son, Lieutenant General Mahamat Idriss Deby Itno, alias Mahamat Kaka, is leading the transition against current legislation. Meanwhile, Chad’s political news is turbulent. At the heart of this effervescent news is one man: Masra Succès, the bête noire of Déby.

For the third time, the Idriss Mahamat Ouya stadium, the Chad’s only large stadium, has been refused for a political rally by the political party called Les Transformateurs (The Transformers), led by Masra Succès. The Transformers’ gathering, which was scheduled for 8 January, will not take place at the stadium due to “repair works”, according to a letter sent by the authorities. While its political party was officially recognised by the Chadian authorities, especially the Military Transitional Council (CMT), Dr Masra Succès’ Transformers Party and the majority of Chadians were hoping for a opening up of the political space, after an authoritarian regime by  the late President Déby. For a peaceful transition, it was obviously essential for the Chadian transitional authorities to show good faith. Not only with regard to the Chadians, but also and above all to the international community, the provider of funds to manage this transitional period. In the wake of this, the transitional authorities launched operation “helping hand”, an operation of seduction and buying of consciences to legitimise a forfeit. But, what for? The military junta refuses to modify the transitional charter that could lead to a credible and sincere national dialogue at the end of which a free and transparent election could be held. The current charter is strongly contested by part of civil society, such as the coalition of civil society organisations Wakit Tama (It’s time, in local Arabic) and Les Transformateurs, the latter considered the only serious opposition political party in Chad at the moment. Meanwhile, General Mahamat Idriss Déby leaves doubt about his future as head of the transition. This is not to the liking of some Chadians and the Transformers Party, who are now pressing for a frank and sincere national dialogue and not a sham dialogue. Apart from the transitional authorities (CMT), a determined Masra Succès and his militants within Les Transformateurs are constantly animating the political scene in Chad. Succès multiplies his media appearances, speaks out on all social issues, comments on international and African political news, attends a basketball or football match, makes appearances at concerts or festivals… From his “balcony of hope”, a huge crowd gathers as in trance in front of his building in the working-class district of Abena. They applaud him at each meeting at his home, which serves as the party headquarters. Masra is omnipresent! His Facebook live chats are attended by hundreds of people. He dominates the social networks (Facebook and Twitter). Masra, in Sara language meaning “I can do it”, stands up to the opposing camp, thus being the object of all forms of injustice. With nothing but his bare hands, this young politician firmly believes in his cause; he can do it! He is obsessed by a pressing desire to “transform Chad”, as he often says. He is convinced Chad needs to be “transformed”, it needs leaders who serve the nation.

In a recent publication on the personalities who would have marked the year 2021 in Chad, slam artist Croquemort praises Masra Succès: “In a sphere where politics, was only about elections, Masra Succès came and showed another face to things,” Croquemort says. He continues: “For the first time, the average young Chadian is discovering that politics is not just an election campaign but a full-time job. At the same time, people discover that votes should not be exchanged for money and that a vote is to elect the person who will change the conditions of citizens and not the one who will only distribute money or jobs. Due to public pressure, the transitional authorities eventually agreed to allow peaceful demonstrations of the Transformers, who were harshly repressed a few months ago. The authorities still fear that Masra Succès will “fill” the country’s largest stadium, a sign of an opponent destined to be president of the republic. Succès’ popularity is growing, not only in Chad, but also in the Chadian diaspora. “He seduces the population and is seen as the most popular politician in Chad,” adds slammer Croquemort. He says: “First he gave Idriss Deby (father) a hard time, who, despite his intimidations and use of tear gas, had sleepless nights over the increasing popularity of The Transformers of Masra Succès. Idriss Deby’s son inherited his father’s chair, but also his insomnia when it comes to the felt pressure by The Transformers. Succès is the only one who Mahamat Idriss Deby did not manage to get in his camp because he cannot be bought by money or a nice position.

The Transformers were determined to defy the latest ban on the rally in the N’Djamena stadium. Facing this huge public pressure, the transitional authorities (CMT) gave in, on “exceptional” grounds, and allowed Succès and his party to hold his political manifestation in Chad’s largest stadium.

General Mahamat Idriss Déby Itno has succeeded in convincing a large number of people who were opposed to his father’s power, to join him in carrying out his transition. The only unresolved problem for him is Masra Succès. The relentless actions against Succès, the numerous refusals to give him space to express himself, clearly shows the lack of seriousness of the transitional authorities to carry out the transition. However, it is clear that if Masra Succès would not have been in the political arena in Chad, and The Transformers would not have been a political party, General Mahamat Déby would not have pretended to lead a transition at the end of which he would have stepped down and left power to a civilian. He would have simply crowned himself King!