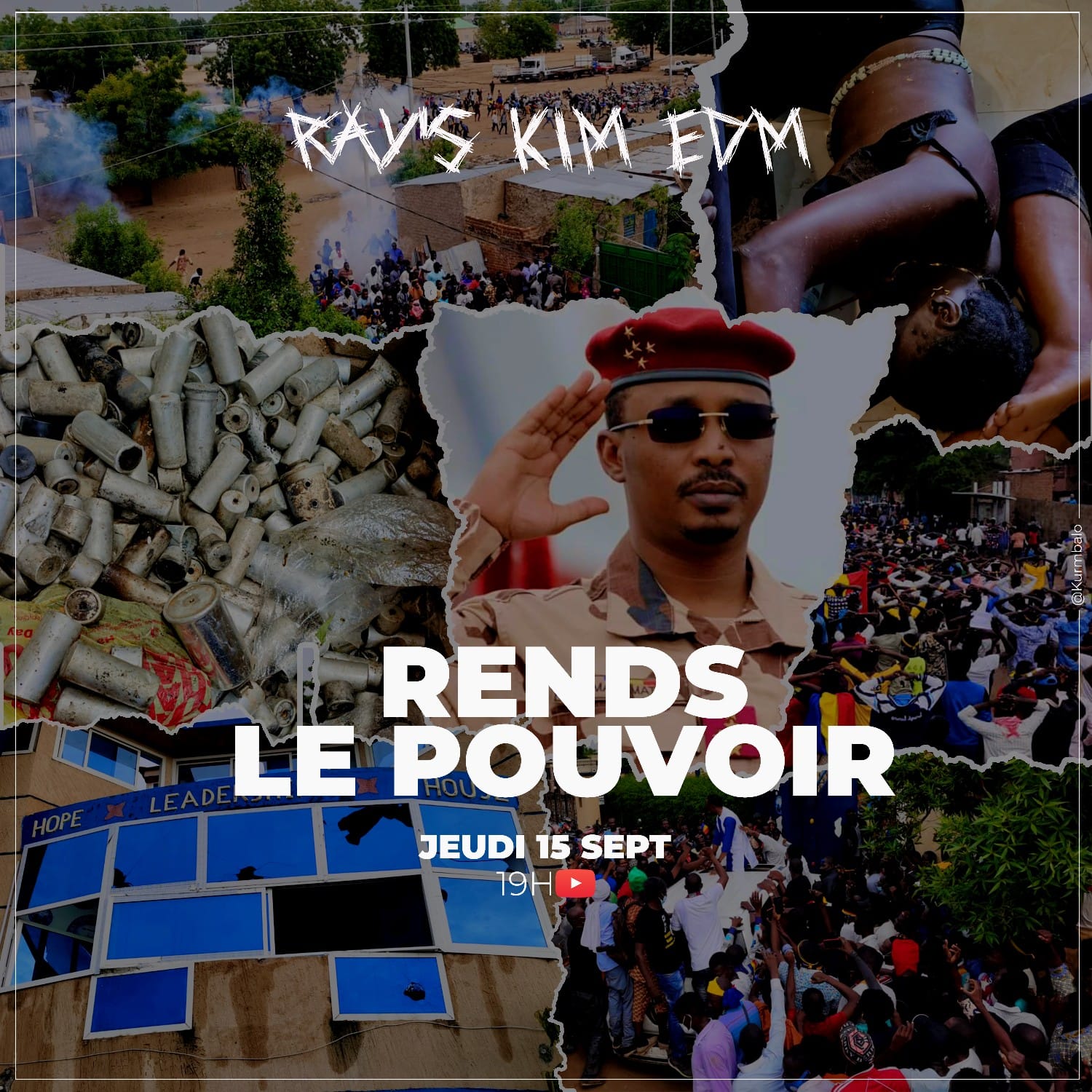 In a video clip posted on his YouTube channel, rapper Ray’s Kim EDM, who is also the spokesperson for Chad’s main opposition party Les Transformateurs, armed with his rapper’s tunic and his microphone, asks Mahamat Kaka, the President of the Transitional Military Council (PCMT), to leave power.

Recorded in a studio in N’Djamena, the song starts with a reggae tune.  The lyrics are simple and direct: “Mahamat Kaka, leave power… Mahamat Kaka, return power… Remember your commitment… Mahamat Kaka, leave power…”. The choice of this kind of song matters. The artist wants to convey a simple and clear message.  As  rap culture requires, he uses codes in his songs such as Bunda (a type of slang spoken by young people in southern Chad) to convey a clear message directly to his audience. Released on 15 September on his YouTube channel, the song, considered by his fans as the “people’s song”, already has thousands of views on YouTube.

From committed artist to political activist, and being the right hand of Masra Success leader of Les Transformateurs, Ray’s Kim EDM’s encountered many setbacks. Being on the run, in prison, hit by a bullet, inhaling tear gas, the artist does not intend to give up. He takes the opportunity to paraphrase Masra Succès in his song: “When the path is hard, only the hard ones make the path”. The artist and politician reminds the PCMT: “You promised that it would be for 18 months only”, and so marking the deadline for the end of the transition promised by the military transition committee in Chad. Ray’s Kim returns in his song to the serious massacres that marred the mandate of the Transitional Military Council (CMT) during a year of transition in Sandana, Abeche, Faya and in the region of Mayo-Kebbi. With Les Transformateurs, Ray’s Kim and his comrades are the object of all the police repression.

Ray’s Kim and Les Transformateurs have refused to take part in the ongoing national dialogue in Chad, which they call a monologue.  Some of their demands have not been taken into account, such as the modification   of the charter in order to clearly define the position of the CMT members in the coming election, the duration of the transition, and finally, the parity and choice of participants in the dialogue, which must be balanced between those who are pro CMT and those who are against it.